It’s been too long since I last posted anything, so all the ideas I’ve been mulling over have expired. I still have the long list of “posts pending” to tackle, but they all require a fair bit of research, so for another day. To kick start the blogging juices, it’ll have to be another picture post. It’s been a bit of a wet summer with us but this morning was lovely, both sunny and still, so for the first time this year I had my breakfast outside. 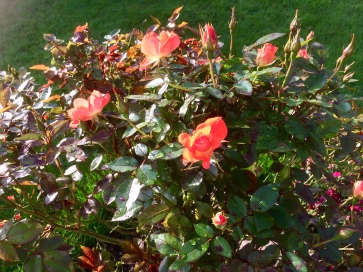 What with next door’s apple tree hovering over me, the second flowering of the patio rose (I’m so suburban, I know) and the pots of begonias (written about here before) giving us their final flush of flowers, I could almost forget about all that is going on in the news. It was last week that I first cottoned on to the calming influence of nature, as I ended up having two early morning forest walks in a row. Unlike this morning those days were not quite so lovely, but rather drizzly and a bit windy – Something bracing though about being out there facing the elements and definitely good for the old mental health. 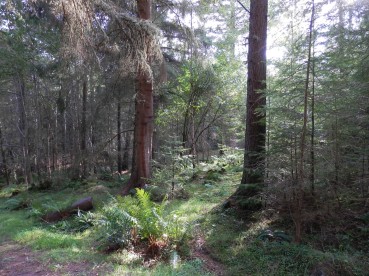 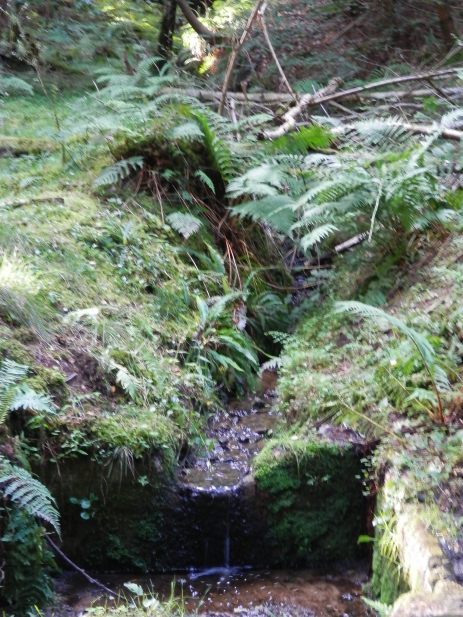 My final pictures come from our trip down to The Cairngorms this last weekend. Mr WIAA had to return his repaired windsurfing board to the place where it usually resides, and by a stroke of luck, Saturday also turned out to be a “lovely day”. Not sure what came over me but on the way home I developed a craving for some good old fashioned fish ‘n’ chips. Last time I partook of that national delicacy it didn’t end well, but lo and behold, once we hit Aviemore we discovered that the Happy Haggis offered High Tea, complete with mushy peas, bread ‘n’ butter, mugs of tea and ice-cream for afters. We’ve driven past that shop for years never realising it also had a great wee traditional fish ‘n’ chip restaurant. It might be some time before we go again, as I’ve now had my quota of carbs for the year I think, but would thoroughly recommend. 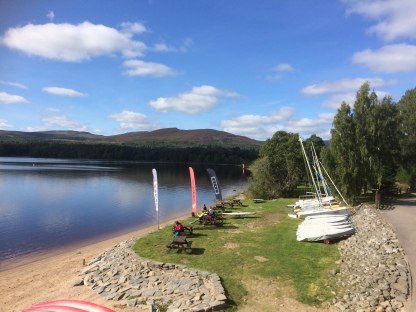 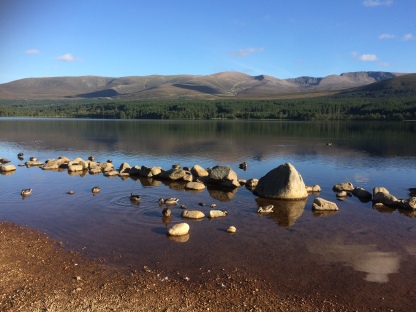 But as I often say around here, this is supposed to be a music blog, so which song should I feature this time. The term “lovely day” has cropped up a fair few times in this post, so what better song to include than Lovely Day by Bill Withers. The most notable aspect of this song is that Bill sustains that note, towards the end, for a full 18 seconds, one of the longest ever recorded in a song. Lovely Day was first released as a single in late 1977, reaching No. 7 in the UK Singles Chart in January 1978 but has since been re-released at least twice and appeared in several television commercials.

As for Bill Withers, he is also responsible for one of my all-time favourite songs Ain’t No Sunshine which won him a Grammy in 1971. It was used for that great scene in the romantic comedy Notting Hill where lovesick Hugh Grant encounters all four seasons in the three minutes it takes Bill to sing the song.

So, “What’s It All About?” – Last time I wrote about the band Madness, and how the term Night Boat has passed into cockney rhyming slang as a term for a giro, or unemployment benefit cheque. To use another bit of rhyming slang, It’s All Gone Pete Tong, and at the moment I can’t see the situation improving any time soon.

I remember suffering badly at the time of the 2008 financial crisis, as at one point it did seem as if the big four banks would go under and I anticipated all sorts of fallout. Some of the people I worked with were not in the slightest bit worried however, as they apparently “used another bank”, not realising the far-reaching effects of such an event. Similarly, there are plenty of people going about their daily business at the moment, not interested at all in what is going on in the Westminster bubble, as it “doesn’t affect them”.

As happened in 2008, nothing cataclysmic will probably occur on the 31st of October, and this cliff edge they talk about might turn out to be a gentle slope – At the moment we just don’t know, and there lies the problem. I wish I didn’t absorb all the negativity around at the moment but it’s pretty hard to avoid. What I am realising however is that a bit of communing with nature works wonders, so if you find yourself waking up to a “lovely day”, and you get the chance, I thoroughly recommend getting out and enjoying it. Works for me.

When I wake up in the morning, love
And the sunlight hurts my eyes
And something without warning, love
Bears heavy on my mind

16 thoughts on “Communing With Nature, Bill Withers and “Lovely Day””