Well, it was a bit busy around here yesterday as we had to get our outfits organised for heading to a wedding…. down south…. near Windsor!! No, sadly it wasn’t that wedding but a bit of a coincidence that our young friends are to tie the knot amongst those very iconic surroundings so soon after the Right Royal Affair. No big crowds for them though, and no long carriage rides (I don’t think anyway) but looking forward to it all very much. I’ve mentioned here before that we live in a very sociable street, and as the bride-to-be is one of our own, having been brought up in the house next-door to us, all the neighbours are going. Even Albert, who celebrated his 90th birthday last year with a party in one of our gardens, is going to make the long trip south in his capacity as honorary granddad.

But I do also love a Royal Wedding and I will admit to having spent much of yesterday watching the build-up to it all and then the actual service itself. I know these events are not for everyone, and the family in question does come in for much criticism at times, but not from me. Luck was on Harry and Meghan’s side though, and the deep blue skies shining above Windsor Castle yesterday made that little corner of England look absolutely stunning – So much history, and just so scenic. Considering there was to be an estimated 2 billion people watching the event on television, I would guess that tourist numbers are going to be well up for the foreseeable future. In view of all the “exiting” that’s been going on around here of late, a bit of a relief that at least one aspect of the economy might have been given a fortuitous boost.

The actual wedding itself was certainly like no other royal wedding any of us have watched before, and despite the bride having had to contend with family difficulties in the build up to her big day, her mother, Doria Ragland, presented a highly dignified figure as the sole representative on the Markle side. A million miles away from her comfort zone no doubt, but how cool that for once, the mother of the bride sported dreadlocks and a nose stud. But of course for most of us who watched it, the unexpected star was the Reverend Michael Curry who treated the congregation to an evangelical-style sermon which to be fair did go on a bit, and caused several members of the royal family to exude nervous giggles (Camilla?), but even for non-believers this was rousing stuff. We had the usual musical offerings from the St George’s Chapel choristers, but lo and behold we also had Stand By Me from The Kingdom Choir. Who would have thought a generation ago, that the works of Ben E. King would feature so prominently at such an event.

Stand By Me by Ben E. King:

But the featured song today is going to be something else. I used to like the flow of it all when I linked each post in this blog to the one before – Last time I wrote about Billy Joel and his album “The Stranger”, so what better song to include here than another one written for it, Just The Way You Are. This time it won’t be Billy doing the honours however, but a man who recorded the song in 1978 and reached No. 12 in the UK Singles Chart, Mr Barry White – I do love a bass-baritone voice, and I also love the languid and sensual delivery he gave to all his songs, but also a very appropriate song for this post. Turns out that had he still been alive, he could have made the perfect contribution to yesterday’s very romantic royal wedding.

Just The Way You Are by Barry White:

“So, What’s It All About?” – Harry, unlike so many royal princes that have gone before him, has been allowed to choose his own bride and in Miss Markle he seems to have found the perfect match. If there was ever an actual form, complete with tick boxes, of the traits a potential royal bride should possess (and I suspect there will have been), Meghan would have failed spectacularly, but that form seems to have been quite rightly now torn to shreds. From a first date to the wedding day itself has been quite a speedy process, so they also seem to still exhibit the touchy-feeliness that comes with that first flush of romance. As a slightly more mature bride, Meghan has not been railroaded into having to adapt and change to fit in with the very unique family that are “The Windsors”. At some point Harry must have said to her, “Don’t go changing, to try and please me,” before adding, “I love you just the way you are”!

Just The Way You Are Lyrics
(Song by Billy Joel)

Don’t go changing, trying to please me
You never let me down before
I don’t imagine you’re too familiar
And I don’t see you anymore
I would not leave you in times of trouble
We never could have come this far
I took the good times, I’ll take the bad times
I’ll take you just the way you are

I need to know that you will always be
The same old someone that I knew
What will it take till you believe in me
The way that I believe in you.

Well, all winter I’ve been trying to work out how to fit this song into the blog as although there are loads (and loads) of Christmassy songs, there aren’t that many about winter per se. But today seems to be the day as it’s the 1st of February and on nature’s “wheel of the year”, it is Imbolc. Ever since last year’s autumnal equinox, or Mabon as it is also called on the pagan calendar, I have been taking a key interest in these landmark dates, creating a little display, and hopefully finding an appropriate song to post that day. 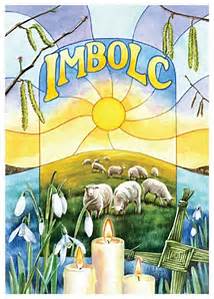 Imbolc was one of the cornerstones of the Celtic calendar as for them, the success of the new farming season was of great importance. As winter stores of food were getting low, rituals were performed to ensure a steady supply of food until the harvest six months later. As darling daughter pointed out last September however, we don’t really have to perform such rituals nowadays as we go to the supermarket where you can acquire raspberries in December and Brussels sprouts in June, but I would like to at least acknowledge the old ways before we get just too out of touch with nature in our busy 21st century lives.

So today is the day that we celebrate the passing of Winter, and make way for Spring. The featured song may not really be about the world of nature but I have always loved Barry White and his Love Unlimited Orchestra and so far in the blog, no Barry. As it turns out still no Barry, but this song It May Be Winter Outside (But in My Heart It’s Spring) was written by him and then released in the UK in 1975 by the group Love Unlimited who provided backing vocals for him on his albums and concert tours but who then went on to find success in their own right. (Takes around a full minute to get going, but bear with it.)

It May Be Winter Outside by Love Unlimited:

The symbol of Imbolc is the snowdrop but having had a good recce of the area at the weekend, so far no snowdrops. In the garden today however I was pleasantly surprised to see a little clump popping through in the rockery but just a bit too early for us here in the North of Scotland it seems. I looked back at my folder of pictures taken in 2010 when I manfully tried to take a shot of the natural world every day for a year – Back then this snowdrop shot was taken on the 11th of February so in about 10 days they will no doubt be plentiful.

Coincidentally last weekend I wrote about Johnny Cash and how his deep bass baritone voice was something you don’t often hear in music nowadays. Of course another person who had a very deep bass baritone voice was aforementioned, three-time Grammy Award winner Barry White, also known for his romantic image (but I’ll not mention his nickname here as not very becoming). Barry’s music was of a soul/funk/disco/R&B persuasion and his greatest success came in the ’70s both as a solo singer and with his Love Unlimited Orchestra. Looking at his discography, he was barely out of the UK Singles Chart between 1973 and 1979, his biggest hit being You’re The First, The Last, My Everything.

I am constantly amazed when blogging how everything suddenly comes together by the end of the post and when I started to write about today’s special date in the Celtic calendar I didn’t think I would end up with Barry White, but the symbolism around Imbolc is all of the colour white – snowdrops, ewe’s milk (oi-melc) and St Bride – so very apt in an odd kind of way. Perhaps my subconscious was being cleverer than I was. 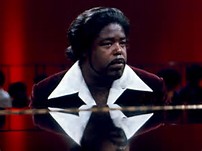 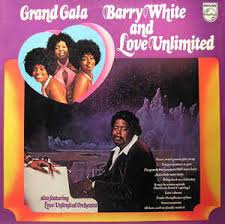 Just the Way You Are by Barry White:

I will finish with Barry’s version of the Billy Joel song Just the Way You Are. Again there is a bit of a preamble so bear with it but if anyone knows of a performer with a deeper voice, I’d like to know who? Poor Barry died in 2003 after a few years of health problems but again he has left a massive body of work, much of which is in my music library and I have sadly not been brave enough to admit to that yet. Perhaps appropriate then, on this the first day of Spring (in certain calendars), to come clean – As for me I’m off to light my white candle set amidst the little pot of white crocuses I had to buy as a substitute for snowdrops, and listen to a bit more Barry White!

It may be winter outside
But in my heart it’s spring
How much joy and pleasure, baby
Can one guy bring me

Winter nights can be awful cold
Without someone to hold
But when I have him next to me
Baby, I’m in ecstasy

Things are just not the same
When he’s not by my side
But yet, I shouldn’t complain
But be waiting with my arms open wide