Well, I seem to have been tettering on the edge of the George Washington bridge for two months now, as my New York post ended up being rather a long one, and New Jersey doesn’t look as if it will be much shorter, or easier to put together. After this state I will really try and get back to the original premise of one state, one song, but in the meantime it will have to be another “stream of consciousness” kind of affair. Here goes…. 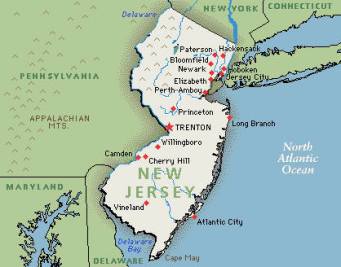 New Jersey is tantalisingly close to wealthy and sophisticated Manhattan, but here, a mere 10 minutes across the bridge (or through the tunnel), we have a much more workaday state. To use another British analogy, New Jersey is probably the Essex of America where “Joisey” girls and boys tend to be the butt of many a joke. It is called the Garden State but the area bordering the Hudson is heavily industrialised and provides a home to many a chemical plant. The beautiful Ivy League University Princeton however is in New Jersey and further south we have the many fine beaches. Atlantic City, with it’s seven miles of boardwalk, was a highly successful and popular resort in the 19th and early 20th centuries. Post WWII it fell into decline but in 1976 came the legalisation of gambling after which massive casino hotels were built such as the Trump Taj Mahal. The original was one of the seven wonders of the world, but inside this one day and night merge into one, as high and low rollers from all over the world are sucked in leaving the old boardwalks neglected and empty. 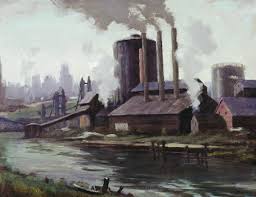 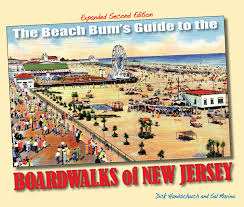 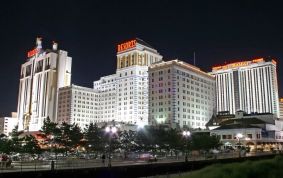 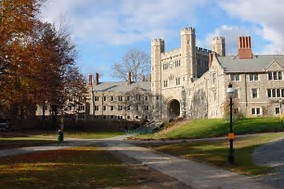 But this is a music blog so what, and who, comes to mind when I think of New Jersey? First of all here is a clip showing the opening sequence to the television show The Sopranos – It shows the journey made by its lead character Tony Soprano (played by James Gandolfini), all the way from the New Jersey Turnpike to his comfortable suburban home. The theme music for this show (Woke Up This Morning) was ironically provided by British band Alabama 3 and I have written about that song here before as I’ve always really liked it. The short film also gives a pretty good whistle stop tour of that part of the state, just across the Hudson from NYC.

Woke Up This Morning by Alabama 3:

Like many other successful television dramas it wasn’t long before a CD was released featuring the songs included in the show, and being a big fan of course I bought it. Being a drama very much focused on Italian-Americans, it was inevitable that one of New Jersey’s most famous sons, born to Italian immigrants living in Hoboken, would pop up quite early on in the series. Not in person of course, as he died the year before the show first aired, but by providing It Was A Very Good Year, the soundtrack to the opening sequence for Season 2.

Frank Sinatra was possibly the very first teen idol, the hero of the “bobby-soxers” who sang with the Tommy Dorsey band in the ’40s and appeared in many lavish MGM musicals. After his career started to slump in the early ’50s he turned to Las Vegas, becoming one of the infamous Rat Pack. A second successful film and recording career followed in the later half of that decade and then a long period of recording and performing live in concert, right up until 1995. In terms of retirement, it never really worked out for him.

Although Frank didn’t ever learn how to read music, he had a fine, natural understanding of it and was known to be a perfectionist. It is often mentioned that he had wonderful “phrasing”, which is how a musician shapes a sequence of notes in a passage of music in order to express an emotion or impression – I do believe that with It Was A Very Good Year, he does that with bells on.

It Was A Very Good Year by Frank Sinatra:

Another reason I wanted to include this song in my New Jersey post is because its whole sentiment is very appropriate for what I am doing with this blog – I am probably now in the autumn of my years myself but it is enjoyable to look back nostalgically over my life, telling the stories and sharing the music of my youth.

When I was seventeen, it was a very good year:

Right at the start of my teenage years a new Community Centre was built next to the Academy I attended, and so for the next five years, until I reached the age of 17, it became the focus of our social life. Unlike today when very few parents/community leaders are willing (or allowed) to supervise a few hundred teenagers with raging hormones, back in the ’70s they were plentiful. Nearly every weekend we headed along to the Saturday night “disco” held in one of the big halls. The records, played by some of our classmates who had been insightful enough to buy the equipment, were all the current chart hits and of course it was there that we experienced first kisses, fumbles and romance.

Funnily enough one of my most vivid memories of those years is dancing to songs by a band that really should be more closely associated with the ’60s. Those original Jersey Boys, Frankie Valli and the Four Seasons had a bit of a resurgence in popularity in the ’70s and I am pretty sure my first kiss took place whilst the song December, 1963 (Oh, What A Night) was playing in the background.

When I was twenty-one, it was a very good year:

By the age of 21 I had done the unthinkable, I had dropped all my female friends because I wanted to spend most of my day with my student boyfriend. He was never alone however so it was usually a group of about five lads and myself, in the library, in the bar, in the dining hall…., you get the picture. (“Yes, we see, he was the Leader of the Pack” – sorry couldn’t resist).

Anyway, they were all great fans of that other famous son of New Jersey Bruce Springsteen, so when a rumour went round that he was coming to play the NEC in Birmingham, tickets were acquired. The boyfriend’s parents’ Volvo was commandeered and on the day of my 21st birthday we headed off, driving through the night to the West Midlands. I will have to admit that at age 21 I was more of a fan of Ultravox, Spandau, Visage and Adam Ant so my knowledge of Bruce’s back catalogue was scant indeed. In the weeks before the concert I therefore immersed myself in his album “The River”. By the time the concert came along I was sufficiently au fait with his material to really enjoy the whole experience, especially the saxophone playing of Clarence Clemons. As for the song The River, Bruce cited his inspiration as being his sister and brother-in-law who are still married today. Unlike my New Romantic bands from the early ’80s, Bruce has kept on writing and touring to this day. Never having been a follower of fashion in any way (his stage outfit remains almost unchanged) he has never gone out of fashion – He is the bard of New Jersey but a campaign to get Bruce’s Born To Run named as official state song did flounder, as in reality the song was all about getting the hell out of New Jersey!

When I was thirty-five, it was a very good year:

By 35 I was a working mum and a very busy bee indeed so music didn’t feature quite as highly in my life but it would have been hard to miss the fact that Ms Whitney Houston, one of New Jersey’s most famous daughters, had really achieved success of the stratospheric nature. Pop royalty, she was the cousin of Dionne Warwick, the daughter of Cissy Houston, Darlene Love was her godmother and Aretha Franklin an honorary aunt. She had been around since the mid ’80s but after appearing in films such as The Bodyguard the awards just kept on coming. The lead single from the film’s original soundtrack, I Will Always Love You, received the Grammy Award for Record of the Year in 1994 and became the best-selling single by a female in music history. I think I now prefer the original version, by the writer of the song Dolly Parton, but no-one can deny that Whitney had a stupendous set of pipes back then.

Sadly, Whitney died in 2012 at the very young age of 48, but she certainly has left us with a wonderful back catalogue of songs. She was one of the first singers to make use of that vocal technique called melisma, where by packing in a series of different notes, a single syllable can take nearly six seconds to sing. The technique inspired a host of imitators in the ’90s but what Whitney perhaps nailed best was moderation. Earlier this year I went to the cinema to see the new Kevin Macdonald documentary film Whitney: Can I Be Me – The upshot seemed to be that no, she couldn’t.

I Will Always Love You by Whitney Houston:

So there we have it, by using Frank’s song I have been able to link three other musical legends from New Jersey into this post. Incidentally there is another link you might not have noticed. Frankie Valli actually made several appearances in The Sopranos, playing the mobster Rusty Millio. Also, the Four Seasons’ music is heard in many episodes, especially Big Girls Don’t Cry. Steven Van Zandt, a long term member of Bruce Springsteen’s E Street Band, played the character Silvio Dante in all six seasons of The Sopranos and finally, Whitney Houston, was a mezzo-soprano (tenuous that one, but you can’t win them all). 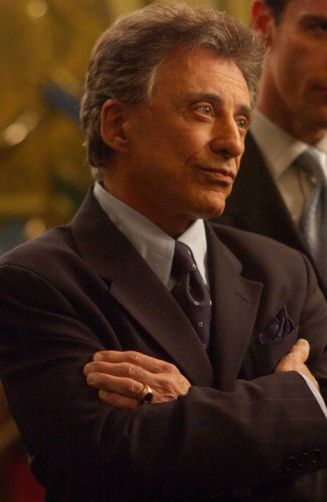 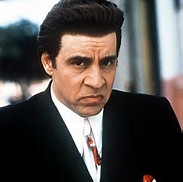 Next time we head across the border into Pennsylvania – As ever, ideas for song choices gratefully received.

It Was a Very Good Year Lyrics
(Song by Ervin Drake)

But now the days are short, I’m in the autumn of the years
And now I think of my life as vintage wine
From fine old kegs
From the brim to the dregs
It poured sweet and clear
It was a very good year