I wrote yesterday about Bryan Adams’ monopolisation of the British music charts in 1991 with his movie song. 1994 was most definitely monopolised by another movie song – The Troggs’ Love Is All Around, this time recorded by Wet Wet Wet. As it turns out it would have beaten Bryan Adams record of 16 weeks at No. 1 had the band themselves not taken the decision to delete it from sale after week 15. They were fully aware by this time that everyone was fed up hearing it and some radio stations had even taken to banning it from the airwaves.

Love Is All Around by Wet Wet Wet:

The song had been attached to the fantastically popular film Four Weddings and a Funeral and yet again, droves of fans of the film took to purchasing possibly their first single in many a year. It hit the number one spot at the end of May and stayed there until October!

I remember going to see it that summer with my husband and his family who were home from abroad for a visit. Seemed like a good idea for a night out and I must admit to loving the film so much, I went back the following week for a second viewing. Hugh Grant had been around in films for a while but when Richard Curtis cast him as the smart, funny, good-looking but slightly awkward Charles in Four Weddings, he struck gold. The whole cast of mainly British actors (we’ll not mention Ms MacDowell as I think she was included to appease the American market) were fabulous and although set in “Richard Curtis-world” where everyone lives in stately homes or Notting Hill townhouses with no discernable income stream to match, the film was a tremendous success. When Liz Hurley hit the red carpet on Hugh Grant’s arm in the safety pin dress, her career took a discernable turn for the better also, so lots of winners here. 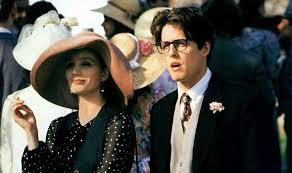 I expect the biggest winner of all was Reg Presley of The Troggs who had written the song in 1967 and had a top ten hit with it back then. Nearly 30 years on and here he was, the writer of the biggest-selling single of all time. Very nice for the pension pot.

Not too shabby either for Wet Wet Wet but sadly this was to be one of their last forays into the pop charts. They had started out in the ’80s as a Celtic Soul band but as happened with my earlier pop hero David Cassidy, the good looks (and incredibly smiley face) of lead singer Marti Pellow meant they quickly became teen idols. A long string of pop hits followed culminating with the truly massive Love Is All Around. As with many acts like Wet Wet Wet, they had great commercial success but really craved credibility – Hard to get both and when they went their separate ways, problems ensued. As the comedian Kevin Bridges commented in his latest standup routine, Marti Pellow must have been the only person to leave Clydebank, and become a heroin addict (no slur on Clydebank intended). All that seems to be behind him now however and he has become a bit of a West End star turning up in many big productions.

Something I never got to the bottom of however – All through his Wet Wet Wet career which included numerous TOTP appearances, Marti sported the short, spikey haircut that boys from that era tended to have. All of a sudden he was belting out the now big production number that was Love Is All Around, sporting long, luscious locks. That was hair which would have taken years of growth and high-level maintenance. Still don’t know how he did it and probably never will! 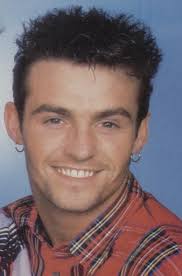 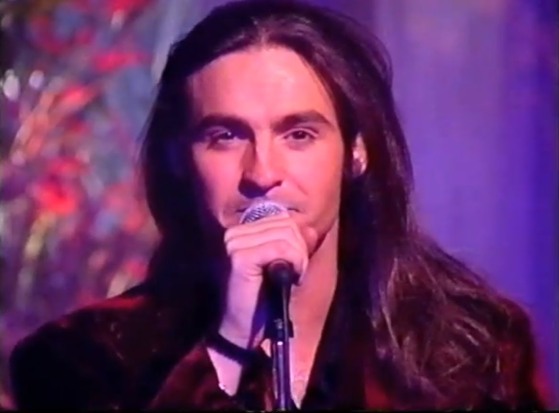 Love Is All Around Lyrics
(Song by Reg Presley)

You know I love you, I always will
My mind’s made up by the way that I feel
There’s no beginning, there’ll be no end
‘Cause on my love you can depend

You know I love you, I always will
My mind’s made up by the way that I feel
There’s no beginning, there’ll be no end
‘Cause on my love you can depend