Following on from yesterday’s post about the melancholy that comes with the approach of autumn, I have now had time to think about this a bit more. Back at the beginning of June, I wrote about the euphoria I still feel at that time of year due to some long-lasting Pavlovian response to the fact that exam season is over, the long school holidays are upon us and a summer of possibility awaits. Of course it’s years now since I’ve had to sit heavy-duty exams, I only get two weeks annual leave (if I’m lucky) and as for possibilities, not so much. Life is good but it’s just not full of those emotional highs and lows you experience in your youth, but the feeling is still there.

Well yesterday, I think I felt that same euphoria, but in reverse – That feeling we had in our youth when summer was over. Again it’s a long time since I’ve started a new academic year but we must be hard-wired into remembering how it felt – That those carefree days of summer are over for another year. Suddenly our clothes seem ridiculous, as despite the still reasonable temperatures (even in the North of Scotland), it gets dark early, and it feels wrong to be dressed in sundresses and sandals. 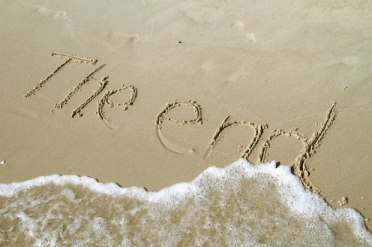 Like most female students back in the day, I used to head off to work in hotels for the summer and romances were invariably kindled with local boys (much to the chagrin of the local girls). In June these dalliances were new and exciting but by September it was obvious that they were not sustainable and had to end, but there was still a tinge of sadness and regret. Perhaps this is why musicals like Dirty Dancing and Grease are still so popular, as they remind ladies of a certain age, of the summer they fell for their Johnny Castle or Danny Zuko.

Olivia and John reminisced about their Summer Nights in 1978, and Don Henley sang of the end of summer in his 1985 hit Boys Of Summer. This time he is the boy left behind whilst the girl is having summer flings, but he is in it for the long-haul and is determined to get her back. Bryan Adams wrote about the Summer of ’69 and in 2008 Kid Rock mashed-up Warren Zevon’s Werewolves Of London with Lynyrd Skynyrd’s Sweet Home Alabama to tell the coming of age tale All Summer Long.

But hey, I’m a girl, and it’s the end of the summer, so I just want to yet again revisit that scene at the end of Dirty Dancing where dismissed dance coach Johnny makes a triumphant return, and tells yesterday’s featured artist Jerry Orbach (there’s the link), that “Nobody puts Baby in a corner”. For some reason I seem to have more male than female blog followers in which case I am truly sorry for posting this particular bit of nostalgia, but considering how many brides nowadays want their first dance to be like the one in this scene, it seems that a few dancing lessons might be just what is needed to sweep the lady of your dreams off their feet – literally!

(I’ve Had) The Time Of My Life by Bill Medley & Jennifer Warnes:

With my body and soul
I want you more than you’ll ever know
So we’ll just let it go
Don’t be afraid to lose control, no
Yes I know what’s on your mind
When you say “Stay with me
Tonight.” Just remember