I have picked a very bizarre year to start nostalgically revisiting the tracks of my years, as we have lost just so many big names – Since January I feel as if I have been either writing obituaries, or reeling at how someone I may have just written about suddenly passes away. It was not until I did the research needed to write about Prince that I truly appreciated the sheer breadth of his talent – Only ten days later he was dead. Some of the departures have not been quite as shocking however and although I wrote about Leonard Cohen earlier in the year, he had at least been gifted with a reasonably long and very interesting life. 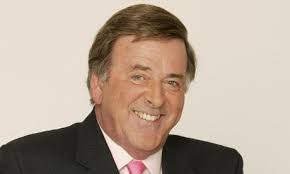 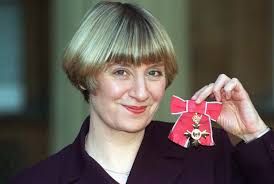 Sadly, next year will probably bring more of the same, as the musical heroes I have grown up with are simply reaching that age where the grim reaper is, according to the laws of probability, more likely to come a-callin’. Interestingly however, with musical heroes, you will always have that great back catalogue to revisit and enjoy whereas with Victoria Wood, I am still desperately sad that she will no longer pop up on our television screens with her very funny comedy sketches; I am sad that Alan Rickman will give us no more great Hans Gruber type characters; I am sad that Children In Need will no longer be presided over by Sir Terry Wogan; and I am sad that Ronnie Corbett’s “armchair monologues” are consigned to history. What a year.

The person I had started to write about, but who then passed away before I could press the “publish” button, was Pete Burns, ex-frontman of the ’80s band Dead Or Alive. An unusual person to have chosen to write about you may think as he was latterly more famous for his numerous plastic surgery procedures, and his participation in some of the less savoury reality TV shows. No, I don’t think anyone would class Pete Burns as someone who has left a lasting legacy in the world of pop music but back in mid-October his massive 1985 No. 1 hit You Spin Me Round (Like A Record) was the unexpected crowd-pleasing number in a show Mr WIAA and I had gone to watch at our local theatre.

You Spin Me Round (Like A Record) by Dead Or Alive:

Back in October we had an anniversary but as it wasn’t a particularly significant one in terms of the number (that will come next year), we didn’t feel the need to celebrate unduly with a posh dinner. Instead we thought a trip to our local theatre might be a good idea for a night out. But what was on? It turned out to be one of those Tribute Reunion type shows called 80s Mania where we would be treated to (looky-likey) performances from all the big mainstream pop acts of the 1980s. Very much from our era so we bought some tickets and headed down for a night of reminiscing.

I don’t know about you but one of the most troubling scenes for me in a horror movie is when a character you think of as young (a bride, a child etc.) suddenly turns around and is in fact a bit of an old crone – Totally freaks me out (along with dolls, puppets and clowns but think that’s universal). Now I’m not saying that some of our fellow theatre-goers were old crones, but it is quite troubling to see middle aged women in ra-ra skirts, cropped silver jackets and crimped hair complete with ribbons! Anyway, the dressing up is not for me unless it’s age-appropriate, so we tried to ignore the horror of it all and settled down to enjoy the show once the lights went down.

It was of course also a bit of a pantomime of a show, as some of the above artists used to wear remarkably over the top costumes and sport some very distinctive haircuts (think Boy George, Cyndi Lauper, Adam Ant and Phil Oakey). One particular tribute act performer always walked on with a cheeky grin on his face as if to say, “Guess who I am now?”. Not difficult to guess at all as it turned out! 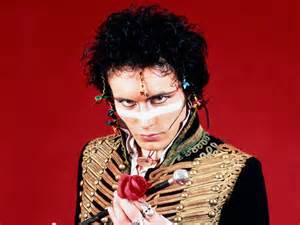 Of course with these kind of shows, audience participation is positively encouraged. Early on there was a smattering of ra-ra skirt wearing, middle-aged ladies (buoyed up by alcohol I suspect) up on their feet, but the rest of us were playing it cool. As the evening wore on the numbers on their feet increased until by the end, the whole audience was joining in. And that is where my Pete Burns reference comes in – Although just about everyone got up on their feet for Karma Chameleon, Baggy Trousers and surprisingly, A Little Respect by Erasure the real stand-out performance was when Dead Or Alive (tribute act style) hit the stage. Oh yes, even the old stick-in-the-muds, who had remained firmly seated until that point were up on their feet, spinning those imaginary records around in the air (including my good self, hubby and hubby’s “big boss” who coincidentally was sitting a few rows in front of us). I certainly remembered this record from back in 1985 and it was indeed a big hit at the time, but in my memory banks I had kind of just lumped it in with all those other records by the myriad of over-the-top androgynous performers around at that time. Hadn’t expected it to bring so much joy all these years later.

Once home, that show, and my memories of mainstream pop music from the 1980s went down on my list of potential ideas for future “posts”. Seven days later, news came through that Pete Burns had died aged 57, following a sudden cardiac arrest. I don’t think anyone would have been massively surprised as he’d had all sorts of health issues over the previous ten years, most of them arising from his increasingly ramped up addiction to cosmetic plastic surgery. At the time of his death Pete Burns was totally unrecognisable from his Dead Or Alive days and I will take the higher ground and not include pictures of the freakish mannequin he turned into, but of the Pete I remember from mid ’80s Top Of The Pops, up on stage “spinning around like a record”.

So, What’s It all About? – To want to change your appearance as drastically as Pete did in his later years is unusual and doesn’t seem to be conducive to a long and happy life. In some ways it is probably best that they did end their very flamboyant lives at a young age as I can only imagine it would have become more freakish with time. Does make me sad however and makes me even more determined not to go down the “nip and tuck” route – Where would it all end?

This year really has made many of us, of a certain age, reassess our retirement plans but one thing is for sure, although a night out watching the outrageous acts of the 1980s perform their very memorable hits has its merits, I won’t be wearing my old ra-ra skirts or crimping my hair anytime soon. I have always loved fashion and if I look after myself and dress age-appropriately I might just get away with not having to do anything too drastic to keep age at bay.

And talking of fashion (specifically trousers which I do a lot around here), after that show we did remark on just how much leather was around in the ’80s which in turn reminded me of a very memorable scene from the show Friends. Still makes me laugh now and confirms that I never, ever want to own a pair of leather trousers!

If I, I get to know your name
Well if I, could trace your private number, baby

All I know is that to me
You look like you’re lots of fun
Open up your lovin’ arms
I want some, want some

I set my sights on you (and no one else will do)
And I, I’ve got to have my way now, baby

7 thoughts on “Pete Burns, Premature Deaths and Music from the 1980s (it was a bit over the top!)”