After getting into the routine of writing very long posts which need a fair bit of research, I really enjoyed putting together a much shorter one last week where the featured song was married up with a set of pictures. This week I’m going to try and do the same, albeit using a very different subject matter:

The tickets are now booked and towards the end of next month we’re off to the Big Smoke, or That London as I’ve heard it called recently, to attend an awards ceremony for those who work in Mr WIAA’s industry. We went for the first time last year and it all worked out so well we have replicated our travel plans exactly. He has apparently won an award, but they very cunningly don’t tell you what it is until the actual ceremony, to leave an element of surprise they say, but 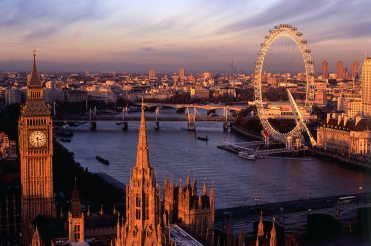 more likely to ensure that as many of us attend as possible. As it turns out you pretty much know what you have or haven’t won the minute you arrive, as last time those of us seated in the “body of the kirk” were the runners up, whereas those who got aisle seats had won the top prizes, the gold awards, and had to go up on stage to receive them. There is no monetary value to the award, just the prestige of being the best in the country at what you do (or perhaps the best of those who have entered but much the same thing), but all very swish and a chance for us country bumpkins from the North of Scotland to experience such a thing. Last time I was happy just to have the chance to put on my posh frock and admire the amazing venue where the ceremony took place. Once the schmoozing started there was even wine and nibbles and being one who very rarely drinks nowadays due to designated driving duties, I got quite tipsy, quite quickly (oops), and therefore made lots of new friends! Wonder if they’ll remember me this year? 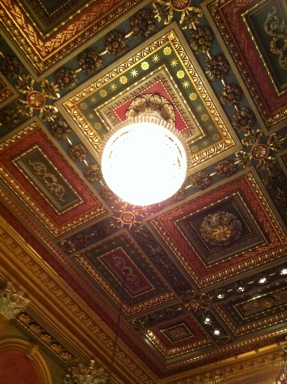 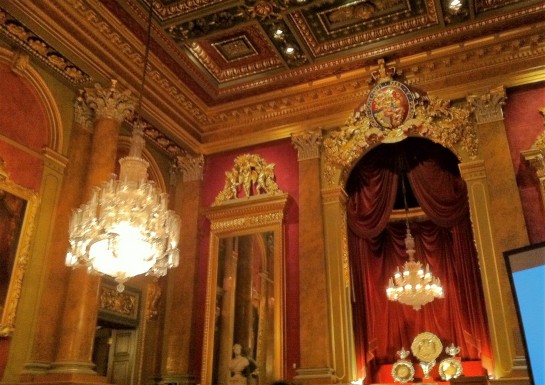 The subject matter for his entry this time was the marrying up of sculpture with literature and after a few false starts due to copyright issues it was discovered that Lewis Carroll’s Alice In Wonderland was fair game for inspiration. Now I think this book was one of the very first hardback novels I ever owned, and I still have it as it was a present from my grandmother. Back then I read it as a children’s story but of course being from the fantasy genre it has had a lasting popularity with adults as well. I give you, Mr WIAA’s 2017 entry:

Today’s featured song could therefore be none other than White Rabbit by Jefferson Airplane, that ’60s band from San Francisco who pioneered psychedelic rock. They headlined at all three of the very memorable (but perhaps not for those who were there) rock festivals of that era, Monterey, Woodstock and Altamont and when I think of 1967’s Summer of Love, I think of them.

The very beautiful Grace Slick wrote White Rabbit and brought it with her when she joined the band. It uses the imagery from 1865’s Alice’s Adventures in Wonderland and its 1871 sequel Through the Looking-Glass and her references include Alice, the hookah-smoking caterpillar, the White Knight, the Red Queen and the Dormouse. For Grace Slick, “The White Rabbit” was your curiosity and of course at that time drugs were very much a part of mind-expanding and social experimentation. With its enigmatic lyrics, in 1967 (that year again) White Rabbit became one of the first songs to sneak drug references past censors on the radio.

As for Mr WIAA’s interpretation of the works of Lewis Carroll, it is a lot more literal, physical and 3-dimensional so I’m pretty sure he’ll sneak his way past the award body’s board of censors. At his age his drugs of choice tend to be for indigestion or hayfever and sadly there haven’t been too many Summers of Love for him lately, so I think he’ll be ok and hopefully will do well with it in this year’s completion.

So, “What’s It All About?” – Sadly most of the craftspeople who will enter the competition are now of a certain age, and no-one is coming up behind, so these skills are being lost in our country forever. There has been a lot of talk about globalisation recently and we have seen it first hand in our industry as one by one the centuries-old casting companies of Sheffield and Birmingham shut up shop for good, unable to compete with the new technology and prices offered by the Far East. This will be Mr WIAA’s last vanity project as they are expensive to make and he has now been replaced by 3D photocopiers. It is sad, but a fact of modern day life in the Western world. I do wonder about what would happen if one day the machines rebel and refuse to work for us any more – Would anyone even be able to write in longhand any more, one of the most basic of life skills?

But hey, I don’t want to end this very pictorial post on a downbeat note so here is a montage of some of the other beautiful things that were presented at last year’s awards. As for us, we’ll be down at the end of the garden with our hookahs, looking for a rabbit hole, the voice of Grace Slick ringing in our ears! 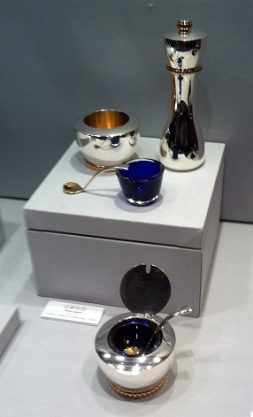 And if you go chasing rabbits, and you know you’re going to fall
Tell ’em a hookah-smoking caterpillar has given you the call

And call Alice, when she was just small

When the men on the chessboard get up and tell you where to go
And you’ve just had some kind of mushroom, and your mind is moving low

When logic and proportion have fallen sloppy dead
And the white knight is talking backwards
And the red queen’s off with her head
Remember what the dormouse said
Feed your head, feed your head