Last time we visited the State of Rhode Island which means this time we will be entering the southernmost state in the New England region, Connecticut (another tricky one to spell because of the silent “c”). I for one am quite glad we’ve reached this point, as when I decided to start this trip in Maine, New England I hadn’t really considered that there would be slim pickings when it came to songs associated with that region. I am starting to think that settlers to those states perhaps did not have such a rich musical heritage as those who took up residence in the Southern or Appalachian Mountain states, but we’ll find out a bit more about that when we get there.

The whole of Connecticut’s shoreline faces Long Island so rather than looking out to the open Atlantic, the large “sound” created because of that particular geography, makes it an ideal strategic location for submarines. Long Island Sound is therefore the Submarine Capital of the World. Although fairly rural to the east of the state, the southern and western parts are very much part of the New York metropolitan area. The main industries are Finance and Insurance and the state has the highest per capita income and median household income in the country. To use UK counties as an analogy, it sounds like the Surrey of the USA. 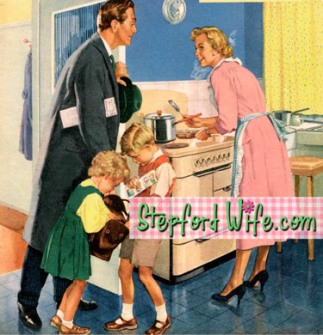 Difficult to write anything quirky or interesting about Connecticut at all however, as it just sounds so damn affluent and respectable. Perhaps a look into figures from popular culture will inspire me. It was where spoilt little rich girl Rachel Green from the TV show Friends hailed from. It was also the setting for the satirical thriller The Stepford Wives, where a spunky young photographer mum, played by Katharine Ross, begins to suspect that the frighteningly submissive and beautiful housewives in her idyllic new Connecticut neighbourhood, may actually be robots created by their husbands (she was right). It also seems to be a state where many from the acting profession were born, or were residents, and maybe it’s just me but I can’t help thinking there is something similar about them all……. 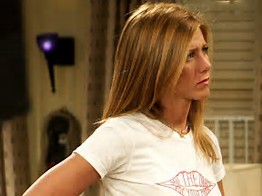 Not much music so far and again I didn’t have any ideas of my own for this state. A thorough peruse through the various pages of the world wide web hasn’t really helped either, but fortunately last time a few suggestions came in from friends of this blog. The Swede from Unthought of, though, somehow seemed to remember that Judy Garland and Bing Crosby once recorded a song called Connecticut which turned out to be correct. Listening to the lyrics, it was apparently “the place to be”.

Bing seems to be making a bit of a regular appearance on this journey as he also featured last time in his guise as Dexter, the (middle-aged) beau of Grace Kelly in High Society. And, this song called Connecticut immediately reminded me of a film starring Bing that I must have watched decades ago, as a child, called A Connecticut Yankee in King Arthur’s Court. The film was based on a book by Mark Twain who was himself a long term resident of Connecticut and at one point lived right next door to Harriet Beecher Stowe so not just a place for blonde-haired actors it seems, but also a place for authors of the “Great American Novel”. Here is a clip of the trailer for that film from 1949 – Yep, they just don’t make ’em like that any more.

When thinking about other possible musical associations with Connecticut, it was a bit of a no-brainer that I would feature something by The Carpenters who were also from this state. I featured them recently in another post (link here) but had been building up to doing so for some time, as although they became one of the best-selling acts of the 1970s producing cleverly harmonised, melodic pop of the Easy Listening persuasion, they could never have been described as “cool” or edgy, and however many times we say there should be no guilty pleasures in song, it still takes a brave man (or woman) to come out and say they are indeed fans of that genre.

This Masquerade by The Carpenters:

Older brother Richard was the creative force behind the duo and was a gifted composer and arranger, but of course it was Karen who had that wonderful deep voice that communicated the words of whatever she sang in such a melancholy way. It is only recently that I’ve been able to start listening to Carpenters albums again, as I still find it really upsetting that she died so young from the illness anorexia nervosa.  We knew so little about that particular illness back then but it just goes to show that however perfect things look on the outside, there can also be all sorts of inner turmoil – This Masquerade that can be life.

And so this leads me on to the final featured song. It has been quite some time since I’ve written an American Odyssey post and that was partly because I really struggled to find something to write about this state at all. I do hope that any residents of Connecticut who stumble upon this blog do not take offence, but the vibe I get from this state is that it may well be the most affluent place to live, and it may have a great university and great jobs in banking and finance BUT behind closed doors, is all well with the residents of Connecticut? Throughout our fairly lengthy marriage, Mr WIAA and I have actively tried to avoid living in an area (and every town has them) where it REALLY matters what car you drive, how often you renew your kitchen and the quality of your glass and china. These superficial trappings are really not important in the grand scheme of things and we are lucky to live beside some very like-minded souls. Just like in this blog, where I often have to reign it in a bit as I do tend to over-share at times, we have no secrets from our friends and neighbours and seem to muddle along swimmingly. I cannot say the same for the parts of town we have actively avoided living in and I suspect large swathes of Connecticut would be out of bounds for the likes of us! 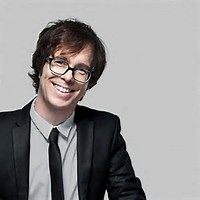 A song suggested by both C and Rol in my last American Odyssey post was Kylie From Connecticut by Ben Folds. I have to admit, as is often the case, I wasn’t familiar with this song until having it pointed out but I am now a great fan of Mr Folds so thanks guys. Although this song is about a message left by someone from Connecticut, it reeks of all I have been writing about above. Here is a marriage where there are obviously secrets and the listener is left to interpret the Kylie mystery for themselves – Behind closed doors, all is not well. Since starting this blog, and following other music blogs, I have taken a far keener interest in the lyrics to songs than I ever did in my younger days and what a joy that has been. Ben Folds is an American singer-songwriter who was originally inspired by Elton John and Billy Joel but is someone I was really not that familiar with so will definitely have to investigate further. It also seems that Mr Folds has been married many times, so there may well have been a few messages from a “Connecticut Kylie” over the years which may have muddied the waters of domestic bliss. Just sayin’.

Kylie From Connecticut by Ben Folds:

Next time we will be heading into New York City and to be honest there are probably more songs about that city than about any other place on earth so goodness knows how I’m going to handle that one. Still would be interested to hear of any personal favourites however, so don’t hold back.

But finally, this has been a bit of a dull post in many ways, so what better way to end it than with a large slice of Mystic Pizza. This is just the kind of film I loved watching back in the late ’80s whilst sporting my big, permed hair and large dangly earrings – ‘Twas the times. Mystic itself is an old fishing port on Connecticut’s easternmost shoreline and was the setting for the film but is now more of a tourist centre for visitors, with many living history museums and the like. In case you’re a little peckish, the restaurant is still in business – Anyone up for a slice of heaven?

See you in New York!

It’s just a thought, but where did it come from
What does she do with it if it comes back
A note from his assistant is there by the telephone
She wonders again as she turns out the lights

16 thoughts on “An American Odyssey in Song: Connecticut – Ben Folds and “Kylie From Connecticut””