Well I don’t know what it’s like where you live at the moment, but up here in the North of Scotland it is looking absolutely beautiful. I wrote about the coming of autumn back on the 1st of September but that was meteorologically speaking because the trees were pretty much all still green and we were having some of the best weather of the year. By the autumnal equinox on the 21st of September the leaves were starting to change, but now that we are into November, everywhere I look there are 5 colours of tree. Like many people, I work in a large, glass office-building in a business park but thankfully the landscapers planted plenty of trees so as you look out the window there are swathes of orange, red, yellow, brown and green – wonderful stuff! 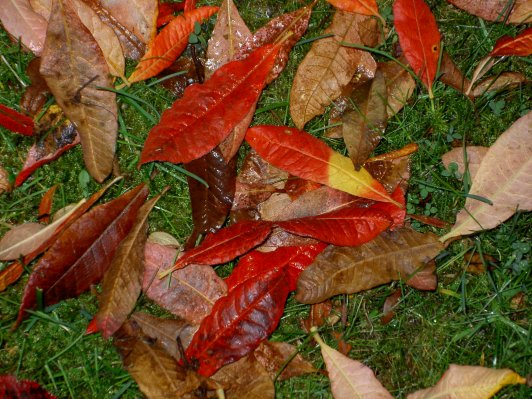 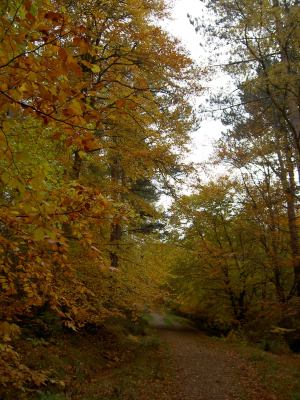 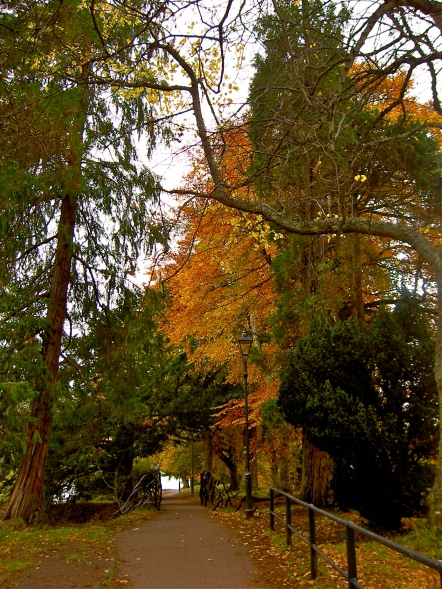 Trees on the islands 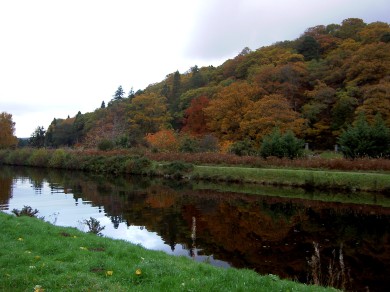 I’ve mentioned before that I live next to a forest but down the hill there is also a canal and a bit beyond that the river with a few islands that have lovely paths for walks. Again, everywhere I go there are 5 colours of tree. This being the case, guess what song came to mind on the way home this afternoon? Yes, McFly with their catchy pop song 5 Colours In Her Hair. If nature is female which is highly likely, it being called “Mother Nature” an’ all, the trees are her crowning glory, and at this time of year they most definitely come in 5 colours.

5 Colours In Her Hair by McFly:

As it turns out I would probably not even know this McFly song from March 2004 had it not featured in the pantomime my daughter appeared in that year. Yes, on top of living 5 minutes from the forest, the canal and the river, 5 minutes in the other direction we have a fantastic Theatre and Arts Centre. 5 things all within 5 minutes!

But back to the song. Over the Christmas 2004 period, the big pantomime to be staged at the theatre was Cinderella. As well as the usual stars from Scottish soaps, local DJs and a few lesser known professional stage performers, you always need plenty of kids for such a show and that year our daughter, aged only 8, decided she wanted to audition. It was a long-drawn out process and took all day but she ended up being one of the lucky ones to get a place in one of the two “teams”. Being kids they could only appear in one show a day so sometimes it was the matinee and other days it was the evening show, but whatever it was there was an awful lot of running back and forth and French-pleating of hair! It was however a wonderful seven weeks as the kids all bonded really well, the “stars” spoilt them rotten and I made some great new friends amongst the other mums. Sadly however, we have no permanent record of her on stage as that of course is “not allowed” and trying to take photos of kids nowadays in any guise involves a quagmire of red tape. No matter, I will never forget the many shows we went to see and the song performed by the full cast that year was 5 Colours In Her Hair by McFly. There are always a few of the year’s mainstream pop hits threaded into a pantomime and the lyrics from that song were perfect for Cinderella.

Everybody wants to know her name,
I threw a house party and she came
Everyone asked me
Who the hell is she? 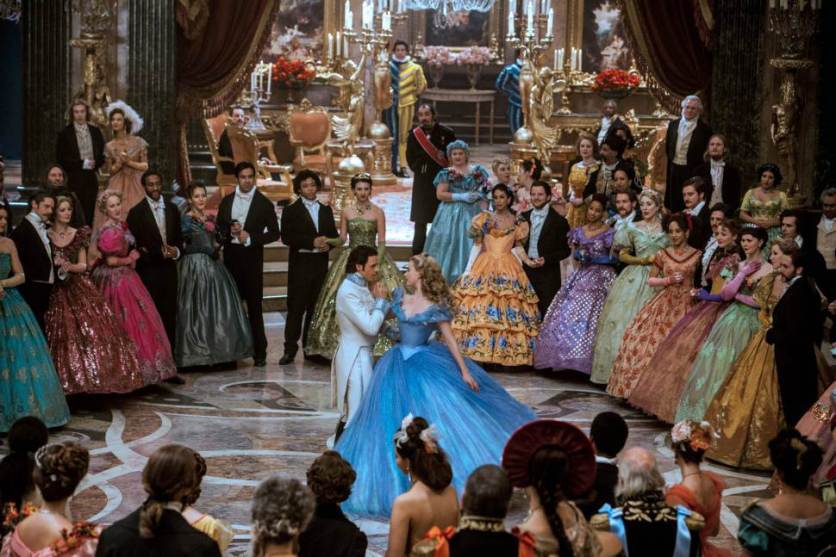 The song had spent twelve weeks in the UK Singles Chart and was also nominated for 2004 Record of the Year but finished in second place behind the winner Thunderbirds by Busted. Both Busted and McFly very much appealed to the young kids of the new millennium. For about 10 years the pop landscape had been awash with boy and girl bands but now we were back to guitar bands who actually wrote their own songs. Their main influences were The Beatles and The Beach Boys which came through in the video clip above. Busted were short-lived due to Charlie Simpson deciding that being a teen idol was not for him, but McFly have really stood the test of time and in their midst, we also have winners of BBC’s Strictly Come Dancing and I’m A Celebrity, Get Me Out Of Here! The remaining members of Busted have since teamed up with McFly and created a hybrid band called McBusted. Very apt as it turns out as James from Busted co-wrote 5 Colours In Her Hair and many of the Busted songs were written by members of McFly. Having just delved into all this a bit more, it seems that Busted actually reformed this year, released an album and toured – How did that pass a middle-aged woman by? 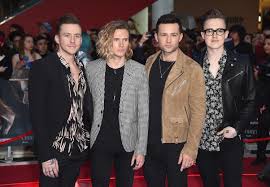 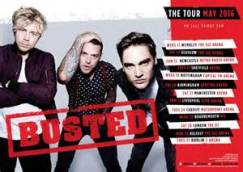 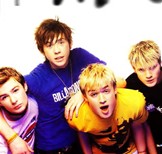 At the moment, the kids of 2016 will be getting ready to rehearse for this year’s pantomime extravaganza – A successful season, with full houses at each show, pretty much subsidises the rest of the year and it makes the staging of lesser known plays and shows by niche artists possible. As for me, I know we are not supposed to live vicariously through our children but that year I was just as excited about the seven week run of shows as darling daughter. Where I came from there were no large theatres therefore no opportunities for such board-treading as a kid. I would have loved it but just had to content myself with whatever opportunities arose locally – A bit of showboating on nights out down the local nightspot in later years and even now, as I recounted recently, at wedding dances (still cringing about that one).

It’s Bonfire Night tonight but it will be dark by then, so in the meantime, I think I’ll have one last walk amongst all those gorgeous trees before winter sets in and they shed their leaves entirely. All being well however we will have a dry spell, and there will be lots of “scrunching” to be done. The fun just never stops around here!

She’s got a lip ring and 5 colours in her hair,
Not into fashion but I love the clothes she wears,
Her tattoo’s always hidden by her underwear.
She don’t care.

Everybody wants to know her name,
I threw a house party and she came
Everyone asked me
Who the hell is she?
That weirdo with 5 colours in her hair.

She’s just a loner with a sexy attitude,
I’d like to phone her cos she puts me in the mood.
The rumours spreading round that she cooks in the nude.
But she don’t care, she don’t care.

Everybody wants to know her name,
How does she cope with her new found fame?
Everyone asks me,
Who the hell is she?
That weirdo with 5 colours in her hair.

She was all I thought about,
The girl I couldn’t live without.
But then she went insane,
She couldn’t take the fame
She said I was to blame
She’d had enough
And shaved five colours off
And now she’s just a weirdo with no name.

Everybody wants to know her name.
How does she cope with her new found fame?
Everyone asks me,
Who the hell is she,
That weirdo with 5 colours in her hair.