Exactly 50 years ago, in 1967, the “hippies” of North America (and other parts of the world) converged on Haight-Ashbury, San Francisco, wearing flowers in their hair. It was the infamous Summer Of Love which has cropped up on these pages often as although I was only aged seven, it seems to be a year I have a great fondness for when it comes to revisiting the “tracks of my years”. All sorts of reasons for this which have already been covered but one that hadn’t really occurred to me until recently was that children of six and under generally have a very early bedtime (I know I did), so any opportunity to watch music shows of any kind on telly would have been an impossibility. Looking back now I have a pretty good memory for music from 1967 onwards as that would have been the year it would have been deemed reasonable for me to stay up “late” to watch shows such as Top of the Pops, an absolute must for kids of my generation.

Many songs were written that year referring to this mass migration of up to 100,000 young people to Haight-Ashbury, the most obvious being Scott McKenzie’s San Francisco. I don’t however seem to have that one in my digital library but I do have Let’s Go To San Francisco by British band The Flower Pot Men. As ever I have learnt something new, as I had always taken it forgranted that they were American – The song, a one-hit wonder, very much imitated the style of Brian Wilson, and could easily have been mistaken for a Beach Boys one.

Let’s Go To San Francisco by The Flower Pot Men:

As I’ve also mentioned many times, the Summer of Love never came to my small Scottish village, and if it had, my dad and his fellow civic-minded friends would probably have had something to say about it. It did however, infiltrate the student body of Aberdeen, a city we drove to every other Saturday so that my dad could watch his beloved Aberdeen FC and my mum could do some shopping (with me in tow – grrr). The car park we used was very near the University and right across the street was the building that housed the Students’ Union. It was the social hub of University life where there were bars, dining halls, venues for concerts and little shops selling supplies that are probably no longer needed for the modern-day student, such as pads of foolscap paper, pencils, pocket files and even, books.

What we wanted to dance to – Jimi 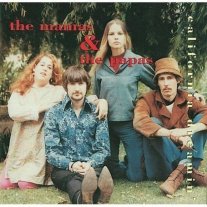 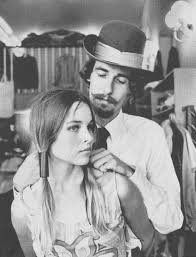 This building had a steady stream of “hippies” leave and enter as we passed by and to me they looked just like the singers and groups I loved to watch on Top of the Pops. They had long hair, little round glasses, guitars, even Afghan coats – One day I thought to myself, I want to be just like them, although I definitely kept that plan to myself as my parents used to make it quite clear that come the hour, they wouldn’t want to see me stumble out of that door on Schoolhill a bit worse for the wear and high on plant life. As it turned out I did stumble out of that door frequently over a decade later but the hippie era was long gone by then and new wave had taken its place. Fortunately my parents didn’t see me however, as the black lipstick (it makes your teeth look awful by the way) and nail varnish, complete with leopard spot garments would not have gone down well. Don’t get me wrong, my parents were wonderful and I had a charmed childhood, but they were not what you would have called “open-minded”.

So, where is all this going I hear you ask? – Next weekend a mini Glastonbury (about a tenth of the size in terms of numbers) will be held just a few miles west of where we live and they have a Summer of Love theme going on this year. Darling daughter and her friends have all acquired “flowers for their hair” and are heading along for the whole camping experience. Mr WIAA and I on the other hand will watch on telly, BBC Alba to be precise, which means the presenters are Gaelic speakers and we won’t even understand what they are saying, but the music will still be great. I do feel a bit aggrieved in that I missed the whole Summer of Love experience first time around because I was too young, and just as there was a resurgence of interest in staging festivals, I was kind of too old and had responsibilities. I really don’t think my middle-aged bones and Mr WIAA’s bladder could cope with the whole camping experience now, especially if it rains, but we do enjoy experiencing it vicariously via the young people.

Our mini Glastonbury is called the Belladrum Tartan Heart Festival and looking at the line-up, the band that jumps out at me first is the Pretenders. That would be because they appeared at our aforementioned Students’ Union in 1979, the week they were at No.1 in the UK Singles Chart with Brass In Pocket. A fortuitous booking had obviously been made some time before by the incumbent Union President – Oh yes, that would have been Sky News reporter Glen Oglaza. Back then however he looked a bit like a bearded Frank Zappa. It was 1979 but he was still sporting the look of a Summer of Love hippie. What happened to the hair Glen?

My friend Stuart worked on the student newspaper, The Gaudie, which is the oldest in the UK apparently and got the sought after gig of interviewing Ms Hynde before she went on stage. Chrissie Hynde is one of those timeless looking ladies, a rock chick whose style has changed very little over the decades. Sadly that evening she had decided to cut her trademark long fringe and it had all gone horribly wrong – She was not in the best of moods and the interview was not quite as exciting for the interviewer, as it should have been. A lesson was obviously learnt that night as I don’t remember ever seeing her with anything other the style shown below – She found her look early on and stuck with it.

As for darling daughter’s pick for the weekend, she is most looking forward to Twin Atlantic – Not so much psychedelic rock but alternative rock, of the Glaswegian variety. I was introduced to them by her this week and have to say, I am mighty impressed. Last year we had The Proclaimers at Belladrum, those heavily accented twin brothers from Auchtermuchty. This year we are going to have the heavily accented Twin Atlantic – Perfect. Their most successful chart hit so far has been Heart and Soul from 2014 and I look forward to watching them perform it from the comfort of my sofa next weekend!

So, What’s it all about? – One of these days I will have to bite the bullet and head along to Belladrum, just so that I can tick it off the bucket list. I may well need that bucket along with me however as it does have a history of being quite a rain-soaked festival. I could collect water in it to make tea and to wash my hair. It could also be handy for Mr WIAA’s middle-aged bladder (although not all at the same time of course).

I doubt if many of the young people know much at all about the Summer of Love of fifty years ago but no matter, they are young and need to experience everything for the first time, their way. Mobile phones feature heavily at festivals nowadays which would have been inconceivable 50 years ago – No selfies with Frank, Janis, Jimi or Grace back in the day but who knows, maybe Glen Oglaza did get a picture taken with Chrissie Hynde in 1979, before she cut her fringe. Wonder if they keep in touch.