A strange week where I am having a few days off work in order to do all sorts of practical housey-type chores but instead have done everything but. When you are a student and have exams you will do all manner of things rather that buckle down to studying (even flat-cleaning) and now at my age, rather than clear out the loft, do a spot of emulsioning and rake up some leaves, I keep being drawn back to WordPress, Blogspot, my Gmail account, YouTube and Wiki. It is a disaster of the highest order but all too easy to let happen it seems! 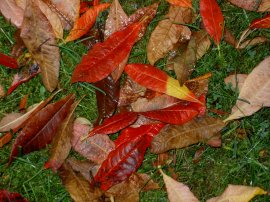 So, what have I been thinking about this week musically? By chance, a really lovely song has come into my life and although not really an earworm (which I have discovered is a calque from the German ohrwurm) I have played it so often now that it is starting to reach the point of over-familiarity – Will have to stop now.

We’ll Sing in the Sunshine was a song both written and recorded by Gale Garnett in 1964 and was a big hit in the US that year. It also won the Grammy Award for “Best Traditional Folk Recording” in 1965 but for some reason it had never been on my radar before, despite having been recorded by just about everyone – Dean Martin, the Fleetwoods, Bobby Bare, Skeeter Davis, Sonny & Cher, Wanda Jackson, Susan Maughan and Dolly Parton. This week I have become both smitten, and troubled by it.

First of all this song has a beautiful harmonica intro which gives it a sweet folksy vibe and then there is also the great hook which has been lodged in my brain all week. That is the smitten part. When I listen to the lyrics properly however I just get really sad:

How awful to have this wonderful year of laughing and singing and sunshine, only to walk away. It is hard enough in life to get one soupçon of that feeling, so why on earth would you then want to walk away? This is where I become troubled – When Gale wrote this song was it just a bit of silly lyric writing that didn’t really make any sense (from the Mike Batt/Katie Melua school of song-writing) or is she making a big philosophical statement about life? Did she just have commitment issues or was she talking about how rubbish it is to have this wonderful life but then get old and die? Not sure, but makes me sad – A touch of the old “mortality reality check” which has been happening a lot this year because of the sheer number of departures from the world of music.

I have written before about how I keep coming back to the music of the mid to late ’60s in this blog for all sorts of reasons, but possibly one is that I was simply born about a decade too late. Spiritually I think I would have been a flower child. Although this song was from 1964, the video clip above has been put together by someone who obviously associated the lyrics with the hippy movement and perhaps 1967’s Summer of Love, before it all started going a bit wrong.

Gale Garnett herself was actually born in Auckland, New Zealand, and moved to Canada with her family when she was 11. She made her public singing debut in 1960, but managed to have a parallel career in acting making many appearances on television shows and films. By the late ’60s she too had begun to be more influenced by the counter-culture and recorded several albums of psychedelic-inflected music with The Gentle Reign.

We’ll Sing In The Sunshine Lyrics
(Song by Gale Garnett)

I’ll sing to you each mornin’
I’ll kiss you every night
But darlin’, don’t cling to me
I’ll soon be out of sight

My daddy he once told me
“Hey, don’t you love you any man”
“Just take what they may give you”
“And give but what you can”

Join 383 other followers
Follow What's It All About? on WordPress.com