Didn’t anticipate when I started the blog last month that it would become an obituary column for so many stars from the world of entertainment. Since Christmas we have lost Lemmy from Motorhead, Natalie Cole, David Bowie, Alan Rickman, Glenn Frey and as of last weekend, “National Treasure” Sir Terry Wogan. I can only hope they are all having a wonderful celestial time with Sir Terry acting as the host of BBC Heaven’s newest and best ever chat show.

I used to finish each post with the comment that I hoped it would be a long time until I had to write about the passing of another legend but I am starting to realise that this will certainly not be the case. Until 1952 there were no music charts to speak of and it was not until the 1960s that television became universal in homes. Since then there has been an explosion of easily accessible visual entertainment and the multitude of stars we have grown up with are as familiar to us as our family – We look upon them as our friends. Until recently, most of the really high profile deaths in the music world were down to tragic circumstances but now the deaths are much more age-related. Yes, the baby boomers are getting older and sadly we will have to start saying goodbye on a much more regular basis. Won’t dwell any longer on this sad fact but am now prepared for this kind of news when I switch on the radio in the morning. 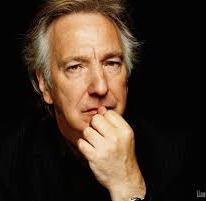 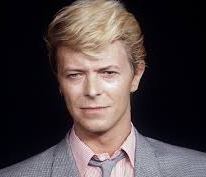 Cannot end this short post, which should really reflect the soundtrack to my life, without mentioning that Terry Wogan himself actually entered the charts in 1978 and even appeared on Top of the Pops with a song called The Floral Dance which was written way back in 1911. (Apparently it had been one of his father’s favourites and he used to sing it whilst in the bath.)

The Brighouse and Rastrick Brass Band had been successful with an arrangement of the same song the previous year so now Terry was having some fun with it making it all the way to No. 21 in the UK Singles Chart. It was most definitely a comedic version and was mainly for the amusement of his millions of “Wake Up To Wogan” listeners. Although hated by serious music fans, there is part of me that is still glad that songs like this made it onto TOTP. There aren’t many vehicles for the novelty song nowadays, yet something so very British about it all – An eccentricity sadly missed.

Floral Dance Lyrics
(Song by Kate Moss – the other one!)

I thought I could hear the curious tone
Of the cornet, clarinet and big trombone
Fiddle, ‘cello, big bass drum
Bassoon, flute and euphonium
Far away, as in a trance
I heard the sound of the Floral Dance

And soon I heard such a bustling and prancing
And then I saw the whole village was dancing
In and out of the houses they came
Old folk, young folk, all the same
In that quaint old Cornish town

Every boy took a girl ’round the waist
And hurried her off in tremendous haste
Whether they knew one another I care not
Whether they cared at all, I know not
But they kissed as they danced along

Dancing here, prancing there
Jigging, jogging ev’rywhere
Up and down, and round the town
Hurrah! For the Cornish Floral Dance