Well, it’s Eurovision week and like many others I end up reminiscing about those halcyon days, in the long distant past, when we used to win rather a lot and if we didn’t win we usually came in either second or third at worst. But that was back in the late ’60s when London was “Swinging” and all it took was a barefoot Sandie Shaw simply to turn up, in order to sweep the board. Our songs were usually written by the big-selling songwriters of the day and the artists singing those songs were generally international stars. It was in 1967 that the UK first won the contest with the Bill Martin/Phil Coulter song Puppet On A String and they went on to write our 1968 entry Congratulations, this time sung by Cliff Richard. Sadly Cliff didn’t win, although he came a close second, but the royalties must really pour in to this day as it is used whenever a big event is taking place where “congratulations” are the order of the day. (Not very original I know but true.)

Puppet On A String by Sandie Shaw:

Taking us up to the close of the ’60s was Lulu with the song Boom Bang-a-Bang by Alan Moorhouse and Peter Warne. She was the joint winner that year with three other countries, but you can see a pattern forming here whereby very simple pop songs with titles non-specific to any particular European language, became the big winners. The song that had pipped Cliff at the post the previous year was called La La La. The big change in 1969 was that the contest was broadcast in colour, so some of us could watch Lulu sporting her cute little pink dress. Sadly however, like in most homes at that time, I still had to watch in black and white but it is nice to now see, what could have been possible, if my parents had been a bit more cutting-edge with their home entertainment systems.

The philosophy behind the staging of the first contest in the late 1950s was a good one – To help a war-torn Europe rebuild itself via a light entertainment television programme. What would the founding fathers think of what the contest has become? There are now around 40 countries competing as opposed to the original 7 and it is the most watched non-sporting event in television’s annual calendar – A juggernaut of a show.

But when it comes down to it nothing has really changed – The big winners are still the international stars of the day, it’s just that these stars now come from Russia, Sweden or perhaps Serbia. Despite being well-known all over the continent they are pretty much unknown to us in the UK until they turn up at the contest. Our home-grown recording stars won’t touch it with a barge pole as it is seen as being desperately uncool and lacks credibility – To do badly can destroy a career. So it is down to our continental rivals to sweep the board nowadays. 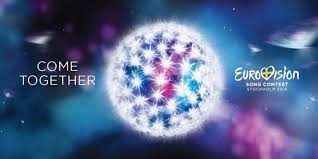 The songs that win are excellent and most are generally now sung in English as that is ironically the common language of Europe. Ironic because the songs we sing, in this common language, no-one votes for any more. Yes our heyday in the contest is well and truly in the past but we do still pay for a large chunk of it and many of us will still tune in to watch the whole extravaganza on Saturday night. The staging is now spectacular and having just watched the first semi-final last night, the technical people have done an amazing job this year. As the slogan for this year’s contest says, “Come Together”, but here we are having referendums on coming apart – Not what the EBU meeting in Monaco in 1955 would have envisaged for sure. Let’s hope the whole Eurovision philosophy will see this current episode in European relations through, but still not hopeful that we will see anything other than nil points on the scoreboard for us this year. I live in hope!

Puppet On A String Lyrics
(Song by Bill Martin/Phil Coulter)

Love is just like a merry-go-round
With all the fun of a fair
One day I’m feeling down on the ground
Then I’m up in the air
Are you leading me on?
Tomorrow will you be gone?

I may win on the roundabout
Then I’ll lose on the swings
In or out, there is never a doubt
Just who’s pulling the strings
I’m all tied up in you
But where’s it leading me to?