Last time I wrote about the Eurovision Song Contest and how it was devised in 1955 as a means of bringing countries together, post-war, in the form of a “light” television entertainment programme. As it turned out, Saturday night’s winning song and the new more transparent voting system did the antithesis of that so a fantastic production was, for me, marred by the devisive outcome. But we move on and the show itself, hosted by Sweden this year, was possibly the best ever and had a brilliant set of very entertaining “interval fillers”.

The most surprising of these was a film montage of Sweden’s contribution to pop music – Surprising because I hadn’t realised that many of these artists were in fact Swedish. For a small Nordic country it seems to have punched above its weight in that department. Even if they had only produced Abba and then stopped that would have been enough, but no, we have also had Roxette, Europe, Ace of Base and many more that have passed me by, but the younger generation will know well.

The first of these artists to be celebrated was Björn Skifs of the band Blue Swede who hit the No. 1 spot in the US Charts in 1974 with Hooked on a Feeling. At exactly the same time, Björn Ulvaeus and the rest of Abba launched themselves on an unsuspecting world at the Eurovision Song Contest, winning decisively with Waterloo. Just to top things off, that was also the year that Björn Borg really started making a name for himself in the tennis world – So, a good year for Swedes called Björn. 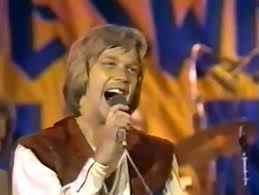 Looking at him now, our first Björn looks like the archetypal Disney Prince with his “Viking-esque” clothing and blond hair. Abba’s Björn was similarly blond-haired but was landed with having to wear those ridiculous outfits. Our tennis playing, blond-haired Björn became a bit of a teen idol and I remember clearly having his poster all over my bedroom wall in the mid ’70s. 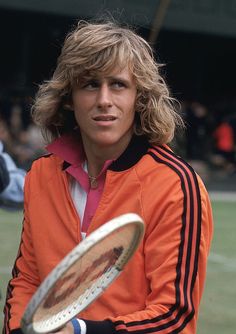 But back to the song Hooked on a Feeling – It was written by Mark James and was first recorded in 1968 by B.J. Thomas (he of Raindrops Keep Fallin’ on My Head fame). The Blue Swede version that did so well in the US has the strange “ooga chaka” chant at the begining which was originally added by Jonathan King in 1971. Until last Saturday night watching Eurovision, I hadn’t realised that this song, which has come into my life twice in the last 20 years, was by a band from Sweden.

A couple of years ago my daughter, during her last summer of living at home, persuaded us to go and see a new Marvel Studios film called Guardians of the Galaxy. My heart sank when she mentioned the name as I am not a fan of superhero-type space films at all, but it turned out to be excellent. The storyline was very clever, local girl Karen Gillan starred in it and best of all, the soundtrack was full of ’70s songs that totally resonated with us. Yes, it was set in space, but it took me right back to my school days and all the memories they conjure up. The ’70s songs were on a mix-tape (remember those?) played over and over by the lead character on an old Walkman, as a link to his mother and home in Missouri.

The main song was Hooked on a Feeling but there were also ones by 10cc, The Jackson 5, Marvin Gaye, Elvin Bishop and our old friend Rupert Holmes (his name just keeps on popping up – grrr). A must buy soundtrack but ironically it had to be downloaded with a digital picture of a cassette tape attached as no-one has the means to play actual tapes any more.

The success of this mix lies in the fact that the songs chosen were, according to the director, “semi-familiar” – ones you recognise but might not be able to name off the top of your head. As we all know there is a tipping point, when you have heard songs just once too often and become tired of them – This is a shame but we will never run out of material and revisiting these lesser-known songs from the past, and perhaps seeing something in them that was missed first time around, can be really rewarding.

I mentioned that the song had come into my life twice before, the other time being when it popped up on the television show Ally McBeal, a comedy drama set in a Boston legal firm. The use is made of fantasy sequences and the “dancing baby” makes regular appearances, always accompanied by the Blue Swede song Hooked on a Feeling. I loved that show a lot as it came along in the late 90s just at the time I had given up work to be a full-time mum. I think it reminded me of what life was like on the outside but thankfully I don’t remember ever feeling wistful about wanting to return to it which made for a happy time for us.

Hooked On A Feeling by Vonda Shepard:

Ally and her colleagues always frequented the same bar after work where the resident performer was singer Vonda Shepard. It was inevitable that there would be an album of songs from the show and of course I bought it. Hooked on a Feeling was on it of course but again there was a great mix of lesser-known tracks, my favourite being the Skeeter Davis song The End of the World which had accompanied a particularly poignant scene in the show.

So, a song I had come across often but hadn’t realised was by a Swedish band until last weekend. Looking now at pictures of all these Björns in later life, they could be the affluent CEOs of large multinational corporations. The Swedes are successful in music and sport but the “rock ‘n’ roll” lifestyle is obviously not for them – In view of what has been happening to so many of our idols this year, I think I am grateful. 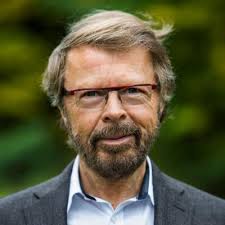 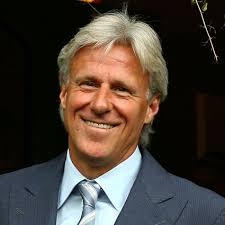 Hooked on a Feeling Lyrics
(Song by Mark James)

I can’t stop this feeling
Deep inside on me
Girl, you just don’t realize
What you do to me

Lips as sweet as candy
It’s taste is on my mind
Girl, you got me thirsty
For another cup o’ wine

All the good love
When we’re all alone
Keep it up girl
Yeah, you turn me on