My last post reflected my negative mood at the time and a lot of it was down to the fact that I usually think of the month of June as being the start of summer, and for one reason or another, it just hasn’t felt very “summery” yet this year.

Time to reload the start of summer therefore and I have just discovered a term I hadn’t heard of before – Seasonal lag! Although for meteorologists, the summer starts at the beginning of June, apparently “astronomical summer” is defined as starting at the solstice. As it turns out, the solstice was a day early this year because of the leap year and here in the North of Scotland this meant that last night was very short indeed. Today, the 21st of June, is therefore the start of astronomical summer and this year I will roll with that definition. The garden was tidied yesterday, the BBQ cleaned and the gazebo put up – All set to go.

As for “seasonal lag” mentioned above, it confirms what I have always tried to tell my daughter and her friends over the years – Just because the sun’s out, it’s not necessarily time to slip into sundresses and strappy tops (such a mumsy thing to say). There is a Scottish phrase “Ne’er cast a clout ’til May be oot“ and for good reason – It turns out that average maximum temperatures occur several weeks after the time of maximum hours of sunshine. Perfectly reasonable to go with this very scientific looking graph therefore, and view real summer as starting today. 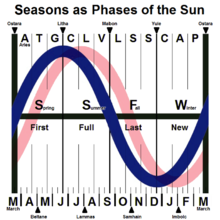 The first song that came to mind when rethinking all of this was Summertime by DJ Jazzy Jeff & The Fresh Prince. It came out in 1992 when I was in my early thirties so not really one of the “tracks of my years” – Had I been a teenager around then I would have known Will Smith well from his television show The Fresh Prince of Bel-Air but I wasn’t, and I didn’t. We still watched TOTP on a Thursday night however and despite the fact I have never really been a fan of rap, this was just a great sounding song, summing up what summertime means for young people.

Will Smith has gone on to great things since and has starred in 21 movies to date with a couple of Oscar nominations under his belt. He is also widely thought of as being the “nicest” A-list movie actor around, always patient with interviewers despite having probably been asked the same question hundreds of times whilst on press junkets promoting a new film.

For now however, I will just enjoy watching the young Will, hanging out with his friends, DJ Jazzy Jeff (Jeffrey to his mum), and coming up with some very entertaining rhymes!

Summertime Lyrics
(Song by Will Smith and too many more to mention!)

Here it is, the groove slightly transformed
Just a bit of a break from the norm
Just a little somethin’ to break the monotony
Of all that hardcore dance that has gotten to be

A little bit out of control, it’s cool to dance
But what about the groove that soothes
That moves romance, give me a soft, subtle mix
And if ain’t broke then don’t try to fix it

She turn around to see what you beepin’ at
It’s like the summer’s a natural aphrodisiac
And with a pen and pad, I compose this rhyme
To hit you and get you equipped for the summertime

It’s late in the day and I ain’t been on the court yet
Hustle to the mall to get me a short set
Yeah, I got on sneaks but I need a new pair
‘Cause basketball courts in the summer got girls there

The temperature’s about 88
Hop in the water plug just for old times sake
Creak to ya crib, change your clothes once more
‘Cause you’re invited to a barbecue that’s startin’ at 4

Sittin’ with your friends ’cause y’all reminisce
About the days growin’ up and the first person you kiss
And as I think back, makes me wonder how
The smell from a grill could spark up nostalgia

All the kids playin’ out front, little boys messin’ ’round
With the girls playin’ double-dutch
While the DJ’s spinnin’ a tune as the old folks
Dance at your family reunion

Then six ‘o clock rolls around
You just finished wipin’ your car down
It’s time to cruise, so you head to
The summertime hangout, it looks like a car show

Leanin’ to the side but you can’t speed through
Two miles an hour so, everybody sees you
There’s an air of love and of happiness and this is
The Fresh Prince’s new definition of summer madness