Short post but still thinking fondly of my recent “staycation” and the song Dignity by Deacon Blue came to mind. The late ’80s were a very fertile time for bands from Scotland and the charts were littered with their successes. Deacon Blue released their first album “Raintown” in 1987, the week I came to live in the Highlands, and possibly because I suddenly felt the strength of my Scottishness more (coming to live in a place where tourism is one of the main industries), it was a great time to have all this great music around. There were also the bands Hue and Cry, Texas, Aztec Camera, Primal Scream, Big Country, Wet Wet Wet, Hipsway, Danny Wilson, Fairground Attraction and of course Runrig whom I have written about before. 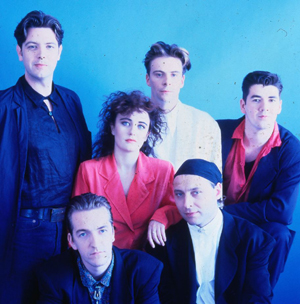 Ever since starting the blog, I have come across these instances where suddenly there is a new “fashion” (for want of a better word) in music and sometimes it comes from a particular venue (Cavern Club in Liverpool, Blitz Nightclub in Covent Garden), sometimes as a reaction to what has gone before (punk, ska) and at other times from a particular label or producer (2 Tone, Phil Spector). I know “fashion” isn’t the right word for it but neither is zeitgeist or the bandwagon or halo effects. If anyone can help me out here please do, but whatever the correct word for it is, Scotland had it in bucketloads in the late ’80s. 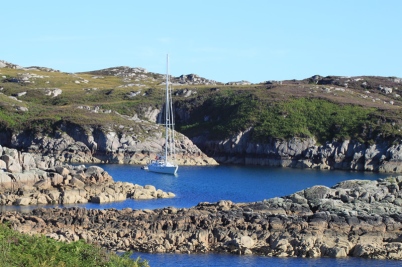 Looking back, I can’t believe that the song Dignity only got to No. 31 in the UK charts as it is the song that is still most closely associated with them and is usually the one they finish any concert with. They even sang it at the Commonwealth Games closing ceremony in Glasgow in 2014. Listening to the lyrics again, I think we all suspect we know of someone like the character in the song. The mild-mannered council worker who despite his low grade job and very simple lifestyle (love the reference to the Sunblest bag – no artisan bread for this guy) has a dream that once he has saved enough money, he will head off in his dinghy and be permanently “on his holidays” leaving the rest of us stuck in the nine to five. Having gone back to work this week after my holiday, the thought of a life “sailing up the west coast, through villages and towns” is suddenly very appealing but sadly I think I’ll need a few more years of putting “money in my kitty” before that can happen.

I love the whole idea behind the theory of six degrees of separation but Scotland being quite small, there are more likely to be only two degrees of separation here. Donnie Munro from Runrig taught my husband Art at school, I have several friends who were at University with people in the bands mentioned above and my own sister-in-law went to school in Dundee with Deacon Blue frontman and songwriter Ricky Ross!

So many great bands to write about so I will keep this post short but stick to the theme over the course of the week. Already excited about all those great songs, ripe for being revisited!

One thought on “Deacon Blue, “Dignity” and Late ’80s Scottish Bands (there were a lot of them!)”