Ok so I may have built up this story a bit too much, but here goes.

At the end of 1984 I had just completed another set of very taxing exams (literally, as accountancy ones this time) and considering I had been doing this for nearly nine years now I decided I’d had enough. As I was living in Aberdeen at the time, the Oil Capital of Europe, work was plentiful so I decided a belated gap year was needed and off I went to register with the various recruitment agencies in order to pick up some temping work. With the recent drop in the oil price things are not as buoyant nowadays, but back then jobs were aplenty, and so it came to pass that at the start of 1985 I joined the ranks of one of the big five Oil Companies that had a headquarters in Aberdeen.

There is an irony to this situation however as there had always been a bit of a divide between the Town, Gown (quite a sizeable population) and Oil communities and as part of the gown and then the town community (working in the public sector), my friends and I had always tended to snigger at all those glamorous “oil secretaries” who earned copious amounts of money for (we thought) not doing very much and who drove around in their rich boyfriends’ sports cars. We tended to stick to the bars of our student days, and  our student uniforms of jeans and T-shirt.

The irony here is that in 1985 I morphed into an “oil secretary” (I wasn’t actually a secretary and would have been a rubbish one at that, but you know what I mean) – I think we all have a tendency, like animals in nature, to adapt to our surroundings and that’s exactly what happened. Big hair and white high heels anyone? – Yes please. After years of being a bit dismissive of the breed it turned out to be a fine life. The average age of our small department was 28 and although I hate to admit it, I think the “secretaries” were hired mainly as eye-candy as you didn’t really get many what you could call plain girls in that world. Anyway, fighting against my feminist principles, I totally got on board with the whole thing and soon became the person who organised all the social events for the department.

I had been there for around six months when word got out that there was to be an Inter-Oil Company Pop Quiz which would be hosted by local Breakfast DJ Nicky Campbell in one of the city’s big nightspots. Now regular readers of this blog will know that this would be right up my street – I had recorded the Top 20 in notebooks since the age of thirteen and watched TOTP since I was a child. I was a bit rusty, but if I purchased the latest Guinness Book of Hit Singles, and memorised it, the whole thing should be a dawdle. As for the memorising of the Guinness Book of Hit Singles, not as difficult as you would think as this was the 1984 version and there had only been a chart since 1952 and back then there was only a Top 12. I remembered most of the music from the late ‘60s and all of the ‘70s anyway so it was just a case of brushing up on the ‘50s and some of the more recent stuff I was not so familiar with. And so I spent the next few weeks surreptitiously working my way through this tome, whilst at work, in between doing what I was paid to do. The pride of our department was at stake after all so none of our bosses, still in their twenties, were too bothered. 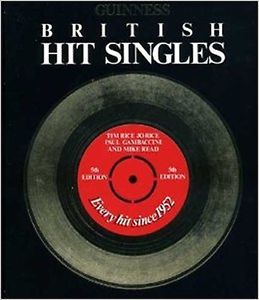 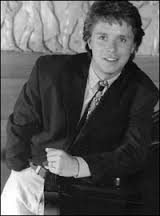 Step one was to enter a team from our department into the heats to determine who would represent our company at the main event – Tick. I was pretty confident we would do well but needed two others to make up the team so I recruited a couple of my fellow “secretary” friends to join me, lets call them Julie and Amanda (!?). I was aware their knowledge was a bit scant but really, like George Michael needed Andrew Ridgeley for support, I needed Julie and Amanda.

The heat took place on a Friday evening straight after work in the very lavish company sports and social club (no expense was spared in those days). By this time I had realised that the lads from The Print Room were the ones to beat – They were weekend DJs, played in bands and were very “cool” so when they heard that a team of blonde, high-heeled secretaries had entered it was all a bit of a joke. But hey I was having a year off studying, was afflicted with having a photographic memory for all this kind of stuff and if you get your timing right you can peak at just the right time then promptly forget it all again! (When I say affliction, it kind of is, because you end up getting better results than you perhaps deserve compared to more able students, as for some exams rote learning is all that is required).

Anyway, the upshot was that the in-house Pop Quiz to determine who would represent the company got underway. Waiting for our turn in the hot seat I was quietly confident, as most of the questions were relatively easy. Gradually we got through the stages as one by one departmental teams were eliminated. Then it came to the final round and yes you’ve guessed it, it was us against the cool dudes from The Print Room. The various rounds progressed, some individual questions, some quick-fire and a “name that tune” round complete with audio (not easy in those less technologically advanced days). My fellow team mates had upped their game as well, and were doing a sterling job.

By this time I could see that the lads were rattled – “How can this be happening to us”, I imagined them thinking. They were looking pale and sweat was glistening on their top lips. I can still remember the final three questions that clinched it for us: 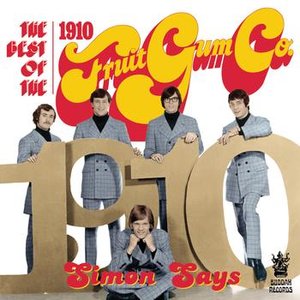 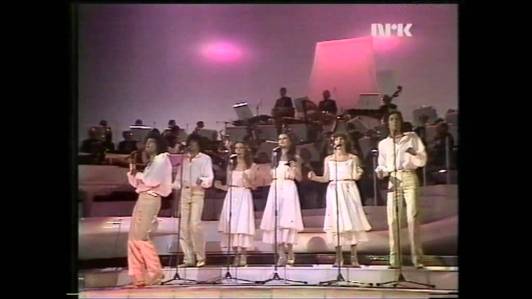 So there we had it, the “secretaries” had won the quiz and would represent the company at the main event. The lads from The Print Room were furious although when you think of it, if they were as cool as they thought they were, they should have been pleased that they didn’t know about The 1910 Fruitgum Co., Eurovision and the complete works of George Michael, but it was the principle I think. 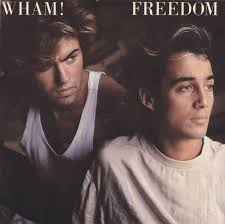 Yet again I have overrun on words so I will leave the story there for the moment and come back to it another day. I think the featured song for today however will have to be Freedom from 1984, a fun and camp record with apparently Abba-style cord changes. Every day’s a school day.

I should also point out here that all my preconceptions about “oil secretaries” turned out to be unfounded as they were generally very smart girls who just happened to be very good-looking as well – The earlier dismissiveness was of course down to jealously, that ugly emotion that hits us all at certain times in our lives. Happy days and as I said before, I’m still in touch with some of the “team” today. A second bit of irony is that the song chosen here should be called Freedom as that was the year I split up with my long-term student boyfriend – George Michael didn’t want his freedom, but suddenly I did, and I think a lot of it was down to my short-lived time in the oil business!

Everyday I hear a different story,
People saying that you’re no good for me,
“Saw your lover with another and she’s making a fool of you”

If you loved me baby you’d deny it,
But you laugh and tell me I should try it,
Tell me I’m a baby, and I don’t understand

But you know that I’ll forgive you,
Just this once, twice, forever,
‘Cause baby, you could drag me to hell and back,
Just as long as we’re together.
And you do

Like a prisoner who has his own key
But I can’t escape until you love me
I just go from day to day knowing all about the other boys
You take my hand and tell me I’m a fool to give you all that I do
I bet you someday baby someone says the same to you
But you know that I’ll forgive you
Just this once twice forever
’cause baby, you could drag me to hell and back
Just as long as we’re together
And you do