Ahead of the onset of autumn, my plan for the weekend was, (perhaps foolishly, this being the north of Scotland) to organise an outdoors get-together for some good friends. Ever since writing about the England Dan & John Ford Coley song I’d Really Love To See You Tonight earlier in the year, I’ve been a tad obsessed with trying to recreate the ambiance it conjures up (there’s a warm wind blowing the stars around). This being Scotland it was never going to be easy as to see the stars it has to be dark, and earlier in the summer it barely gets dark at all. So, it really had to be right at the end of the season which meant there would be no warm winds, but if a fire was present at least there would be warmth. Other than a short shower of rain, when we conveniently decanted inside to eat, we were able to sit outside until midnight and although not many stars visible last night there was a lovely half-moon, so really pleased with my efforts.

Another real treat was that I took my new portable turntable outside which meant rifling through the old vinyl from back in the day. Rediscovered a lot of records I had forgotten about that have not been replaced in digital format, so a real added bonus to the evening. After writing about Raindrops Keep Fallin’ On My Head recently, and how the scene where it appears in Butch Cassidy and The Sundance Kid contains most of the ingredients I consider important for creating “the perfect day”, last night’s get-together contained most of the ingredients for the “perfect evening”.

You would think that would have been enough for one evening but no, after the guests left and some tidying up had been done, we discovered a wonderful show on BBC4 called Burt Bacharach, A Life In Song. Anyone familiar with this blog will know that I’m a great fan of Burt’s music and especially the songs he wrote with Hal David. This show had been filmed three years ago when Burt was 85 and although it was sad to see him looking so frail and aged, he still rose to the challenge of leading his orchestra and guest singers in a celebration of his music.

It was one of those shows where between the songs, Burt was interviewed by Michael Grade, who quizzed him on all aspects of his very lengthy career. What I found really interesting was that near the end, Michael asked Burt what his favourite song was and it turned out to be Alfie – This was obviously a pleasant surprise. Sadly, because I think I’ve listened to the song once too often this year, I have now become a bit tired of it but it was interesting to note that Burt chose it because he considered Hal’s lyrics to be “important”. A few months back I came to this conclusion also. There are earlier important lyrics in the song but near the end there are the lines:

I believe in love, Alfie
Without true love we just exist, Alfie
Until you find the love you’ve missed
You’re nothing, Alfie

Early on in this process of looking back nostalgically via song, it became apparent that “What’s it all about?” was indeed love – First for our family as children, then for our best friends as teenagers and finally for the people we form relationships with on the way to finding that special person. If you are lucky enough to have children, that is perhaps the greatest love of all and one from which you have no escape, although your patience may be tested at times. There is the old adage that nobody on their deathbed has ever said “I wish I’d spent more time at the office”- It is all about the people you meet on the way. In music and song, the subject of love is never far away, and what a wonderful thing to have in the world (I’m in tears here).

Of course there are many versions of the song Alfie (and it ended up being the Cher version used for the film) but when pressed, Burt very carefully sidestepped the issue of which one he preferred. He did however refer to the now infamous footage of Cilla Black being harangued into recording 41 versions, which suggests it wasn’t her one! 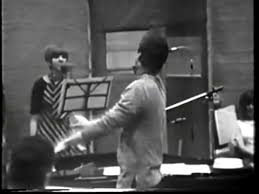 But back to the show – When Burt was then asked what his second favourite song was, it turned out to be A House Is Not A Home. This show just kept getting better and better because earlier that evening, when getting ready for the party, I had thanked my lucky stars that due to circumstance we very much reside in a lived-in home as opposed to a show-house. I know that is not really the point of the song, but it had come to mind. By the time you reach your “middle-years” a lot of friends have invested heavily in their expensive, possibly cream-coloured furniture, fittings and floor coverings (the three Fs). All very nice but they are then terrified of ever hosting a social event in case anything gets spoilt or damaged. Having given up a good job when our daughter was born to be a stay-at-home mum, we’ve not had the luxury of constantly upgrading every few years – The upside of this however is that your house becomes a home, where the people in it are the most important thing and not the expensive furnishings. Our daughter’s friends were always welcome, pets were encouraged and social gatherings are a regular occurrence. I feel sorry in a way for those people trapped in the cycle of working so hard to buy all those lovely things that then can’t be enjoyed and shared, but hey, maybe that’s just me.

Yet again I have run out of words but I will end with a version of A House Is Not A Home from my collection which comes from the television show Glee, where it was sung very sweetly by the actor/singer Chris Colfer. I hadn’t really taken too much heed of the song until that point (previously recorded by Dionne Warwick, Brook Benton and many others) but it perfectly fitted the storyline and led me straight to iTunes after the show ended.

A House Is Not A Home by Chris Colfer:

So yet again I’m up far too late, just as happened last night when I was drawn to watching a late night show featuring Burt Bacharach. And of course this has been a very serious post, so apologies for that – I promise that a much more light-hearted one is to follow and it involves trousers. Watch this space.

A room is still a room
Even when there’s nothing there but gloom;
But a room is not a house,
And a house is not a home
When the two of us are far apart
And one of us has a broken heart.

Now and then I call your name
And suddenly your face appears
But it’s just a crazy game
When it ends it ends in tears.

Darling, have a heart,
Don’t let one mistake keep us apart.
I’m not meant to live alone. turn this house into a home.
When I climb the stair and turn the key,
Oh, please be there still in love with me.

3 thoughts on “Warm Winds, Burt Bacharach and “A House Is Not A Home””