Wrote a very serious post last time so a bit of a change is called for I think. If like me you were aged around seventeen in 1977, you will remember that not only did the musical landscape change quite dramatically that year, so did the trousers!

As we had entered the ’70s, trousers still had a hint of the ’60s about them. They could even be ordered from the music papers and were called “loon pants”. As the decade progressed we often copied the fashion sense of our favourite pop stars and wore flared velvet or satin trousers, as worn by Marc Bolan and Rod Stewart. When Scotland became responsible for the latest teen “mania” by producing those boys-next-door The Bay City Rollers, some of us even took to having a stripe of tartan down the side of our trousers (but not me just to be clear). 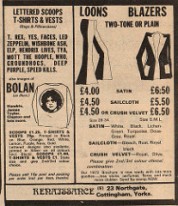 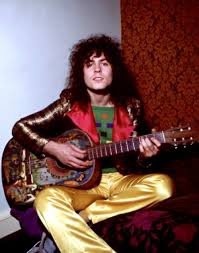 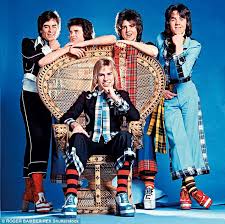 In 1976, a stroke of marketing genius by the Brutus Clothing Company made their jeans the must-have brand. David Dundas sang the song for their advert, then had a hit with it later on that year reaching No. 3 in the UK Singles Chart. The song was simply called Jeans On and the lyric was changed from “Pull my Brutus jeans on” in the advert to “Pull my old blue jeans on” for the single. Of course I had to have a pair and the must-have top to go with them that year was a cropped, cheesecloth shirt that tied at the midriff. Of course this was not the kind of outfit that parents were too keen on seeing their daughters head off into the night wearing (those were more demure days), so a long jacket was always worn until you made it to the end of your street, after which the jacket came off and went into the (coincidentally very large) handbag.

By this time, jeans were the only type of trouser any self-respecting teen would wear and of course they had to have wide flares. The music of the moment was very much American country rock, and the more we looked like dudes who would hang out on dark desert highways drinking in those tequila sunrises, the better. If like me you were a girl, your shoes would also have sported massive soles and wedge heels – All the better for that swathe of flared trouser fabric to drape across. Cleverly worn, you could add a good few inches to your height, like those circus-type performers who look really, really tall but are simply walking on stilts.

And more denim….of the double variety 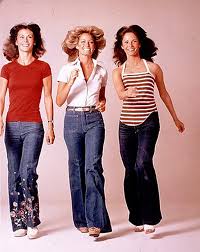 But of course this is a music blog (or is it a fashion blog tonight?) so what song comes to mind when writing about all of this. Well first of all it was actually a book that came to mind, by Tony Parsons, called Stories We Could Tell. I read it a few years ago but have just downloaded another copy in order to read it again. The story all takes place on one night in August 1977 when a group of diverse, music-loving young people, each have life-changing experiences. It really highlighted how that was a time of real cultural change in the UK and if you were young, like me, you will remember it well. The music of the moment was no longer that of The Eagles and Fleetwood Mac, it was punk and new wave. All of a sudden the very American, western-style clothing we wore looked ridiculous, and in order to be part of this brave new world it was imperative you get a pair of tight-fitting, straight-legged trousers, pretty damned quickly.

Always keen to be at the forefront of fashion, I prided myself on being the first of my group to acquire a pair of these new revolutionary trousers – They weren’t even denim, but a very fetching brown corduroy (of the elephant variety). The first time I wore them out, they were the talking point of the night – Everyone wanted to know where I’d bought them and what they cost. Sounds ridiculous now but after years of wearing acres of denim and checked shirts, this new pared down look was definitely something just a bit different.

Of course we were now used to the new style of music that was sweeping the country but it wasn’t all contrived or out to shock. My favourite punk/new wave band from that period was The Stranglers and in 1977, just after the night at the centre of the book I am about to revisit, they gave us the classic No More Heroes. Their sound (having just looked it up) was driven by Jean-Jacques Burnel’s melodic bass but also gave prominence to Dave Greenfield’s keyboards (every day’s a school day). Hugh Cornwell was the lead singer and quite rightly he didn’t look like a teen idol but his gruff vocals were perfect for the band. Over time, they grew more refined and sophisticated and managed, quite amazingly, to have a record in the UK Singles Chart every year between 1977 and 1992. Summing up their contribution to popular music, critic Dave Thompson wrote, “From bad-mannered yobs to purveyors of supreme pop delicacies, the group was responsible for music that may have been ugly and might have been crude – but it was never, ever boring.” Amen to that.

No More Heroes by The Stranglers:

Whatever happened to Leon Trotsky?
He got an ice pick
That made his ears burn

Whatever happened to dear old Lenny?
The great Elmyra,
And Sancho Panza?

Whatever happened to all the heroes?
All the Shakespearoes?
They watched their Rome burn

Whatever happened to all the heroes?
All the Shakespearoes?
They watched their Rome burn

And if it seems somewhat bizarre to have leapt from writing about Burt Bacharach songs to writing about The Stranglers in one post, the astute amongst you will remember that in 1978 the wonderful Bacharach and David song Walk On By was indeed recorded by The Stranglers (there’s the link). Dionne Warwick it wasn’t but somehow it just worked and was right for the times – Wonder what Burt thought?

7 thoughts on “Punk, Late ’70s Fashion and The Wrong Trousers”