Last time we visited Massachusetts (tricky to spell but that’s probably the last time I’ll have to do it) so we are now heading west towards New York, first passing through Rhode Island. This tiny state, only 37 miles wide and 48 miles long is made up of islands, inlets and peninsulas but also what appears to be chunks of mainland America plucked from Connecticut and Massachusetts (drat had to spell it again). The name came about because the Italian explorer Giovanni Verrazzano thought that the large pear-shaped island sitting in Narragansett Bay looked like the Greek island of Rhodes. The official name is actually the State of Rhode Island and Providence Plantations, the plantations part being an archaic name for “colony”.

And now for the part I am coming to enjoy most about this series – The random fact element. Rhode Island is also called the Ocean State and due to its geography has a long history of sailing. The America’s Cup, offered up as a prize by the British Royal Yacht Squadron in 1851, was first won by a boat called America which is how it got its name. The cup has spent much of its time in Newport, Rhode Island ever since and poor Britain has never won it back. The MGM musical High Society was set in one of the many fully staffed mansions that littered the state back then and one of the most memorable scenes was when Bing Crosby and Grace Kelly took a trip on the True Love which in turn inspired the song for the movie. I do remember being troubled by their age difference when first watching it as a child – Having just looked it up, Bing was 53 and Grace 27 when the film was shot, but not unusual amongst wealthy Rhode Islanders back then I suppose. In fact the mansions, or “cottages” as they were called, were originally built by rich plantation owners in order to escape the heat of the Southern summer. Later on rich Northern families started to do the same as the Gilded Age of Vanderbilts and Astors reached its staggeringly opulent zenith. Never had so much money, been made so fast, by so few, and much of this wealth was reflected in the Cliff Walk properties of Newport, RI. 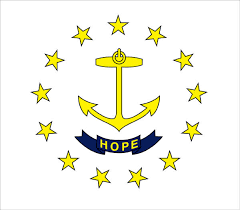 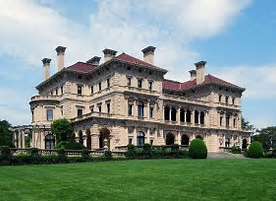 But hey, as usual I am being side-tracked, for this is supposed to be a music blog. Not many obvious contenders for this state but last time both CC and Rol came up with the suggestion Sweet Rhode Island Red by Ike and Tina Turner. A good one but not my featured song for this post as although most of us who are not even au fait with the world of poultry farming have heard of the Rhode Island Red hen (the state bird), the song is not about the hen or even set in the state. Also, although I really enjoyed Tina’s output during her reincarnation of the 1980s, I’m not so fond of the songs she recorded with Ike (or Ike), especially Nutbush City Limits, but we’ll come to the reason for that another day.

But not everyone in Rhode Island lives in mansions and owns yachts. Some of you will know of the animated sitcom Family Guy created by Seth MacFarlane. The series centres on the Griffins family who have an anthropomorphic pet dog called Brian. Seth MacFarlane is not only a talented actor, writer, singer, film-maker but is also (I think) extremely good-looking and it turns out he is even descended from one of the original passengers from The Mayflower (grrr…). He studied animation at the Rhode Island School of Design so not unusual to have set the show in the fictional city of Quahog, RI. I give you the Road To Rhode Island by Brian and Stewie!

All this talk of the Gilded Age and opulent mansions however has made me look into it a bit more and has inspired my choice of featured song for this post. One of the largest “cottages” was Hammersmith Farm owned by the stepfather of Jacqueline Bouvier, Hugh D. Auchincloss. She of course went on to marry John F Kennedy and their wedding reception was held there. The property was also used as the setting for the 1974 film version of The Great Gatsby starring Robert Redford and Mia Farrow. I have a feeling that Grace Kelly may well have also “graced” the terraces of Hammersmith Farm at some point, perhaps not in High Society as that appeared to be a film set, but perhaps in her role as Princess Grace of Monaco. 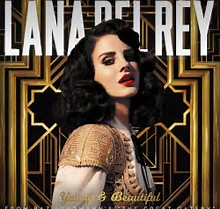 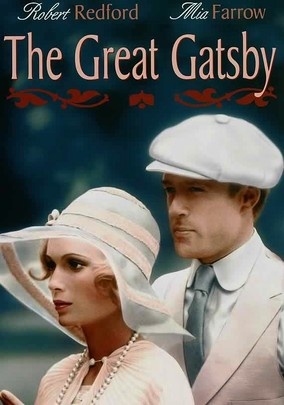 Some of you will know that Baz Luhrmann also made a dazzling version of The Great Gatsby back in 2013 and the song Young and Beautiful was specially written and recorded for it by Lana Del Rey. It was perfect for the film as she has a deep, sultry voice and a look that is evocative of a much earlier time. Also, a song about “the young and the beautiful” was totally appropriate for the tale of The Great Gatsby. All of the people mentioned in the paragraph above were rich, young and beautiful but whether characters in fiction or real people, they all died prematurely or experienced tragedy in their lives. Again a very tenuous link to this state, and again from a film, but just reinforces the knowledge we all have that a life of wealth and privilege does not necessarily bring happiness.

Having done a bit of research, it seems that Lana Del Rey adopted her exotic sounding Latin name and look after spending time with friends in Miami. She is however originally from New York and has a Scottish heritage. Her real name is Lizzy Grant which I find amusing as where I come from in the North-East of Scotland there are many older ladies called Lizzy Grant – Absolutely none of them look like Lana Del Rey!

So, a longish post about the smallest state. Heading into Connecticut next and drawing a blank myself for that state at the moment, so again, any suggestions more than welcome. I can think of a couple of siblings who came from there and whose songs I have featured in this place recently, so may well go down that route. We’ll see, but in the meantime, I think I’ll have another listen to the haunting and sombre sound of Young and Beautiful.

I’ve seen the world
Done it all
Had my cake now
Diamonds, brilliant
And Bel Air now
Hot summer nights, mid July
When you and I were forever wild
The crazy days, city lights
The way you’d play with me like a child

I’ve seen the world, lit it up
As my stage now
Channelling angels in the new age now
Hot summer days, rock ‘n’ roll
The way you play for me at your show
And all the ways I got to know
Your pretty face and electric soul

Dear lord, when I get to heaven
Please let me bring my man
When he comes tell me that you’ll let him in
Father tell me if you can
Oh that grace, oh that body
Oh that face makes me wanna party
He’s my sun, he makes me shine like diamonds

Because I mentioned the film High Society a fair few times above, I feel I should share this excellent clip of the inimitable Mr Louis “Satchel Mouth” Armstrong giving us a potted version of what is to come. Yes, this was high society Rhode Island-style, back in 1956. Enjoy.

14 thoughts on “An American Odyssey in Song: Rhode Island – “Young and Beautiful” by Lana Del Rey”