Just when I thought I had nothing else to say to you, and that I would finally have to accept you are gone, up you pop on our television screens with a brand new documentary called Freedom.  All about your life and career, and with contributions from many of those who were your friends and musical collaborators, it was seemingly in the process of being completed just before you died. It was even directed by you, so very much your baby. You really had no idea how ill you were at that time did you? What the heck were those around you doing for goodness sake – Not looking after your health it seems. To be fair you were an adult and should have taken responsibility for that yourself but not always easy I imagine for someone in your position who had already experienced so many ups and downs in life.

But I digress, the documentary called Freedom was a wonderful gift for those of us who would always want to eke out a little more new and original George Michael goodness before all that is left is the back catalogue and archived footage. I have already written to you about my memories of the Wham! and solo years but here we had all of it, and narrated by none other than your good self. The voice was a bit deeper and more gravelly than I remember, but it was most definitely you, although sadly there had to be a lookalike actor sitting there in your Highgate house supposedly typing out the dialogue for the film. We always knew how self-conscious you were about your looks and it seems you were not prepared to appear in the 2016 film as you were at the time – Sad but understandable.

One of the wonderful things about the film was that along with the really big hits from the “Faith” and “Listen Without Prejudice Vol I” eras, some of the less commercially successful songs made an appearance and this one, Kissing a Fool, has really stayed with me over the last week. Apparently you recorded the vocals for this beautiful, jazzy ballad in one take – It all sounds sublime and despite only making it to No. 18 in the UK Singles Chart, the song remains a firm favourite with fans and I can totally understand why.

Kissing a Fool by George Michael:

But what did I learn about you that hasn’t been covered in my previous letters? First of all I had no idea just how big you were in America once you went solo and released the album “Faith”. The marketing machine went into overdrive and you were on the cover of every magazine, you topped the Billboard chart with 5 of the singles released from the album and won numerous awards, including those in the R&B/Soul category. It was inevitable that there would be a backlash and for fear of burnout you had to walk away from it all for a while. 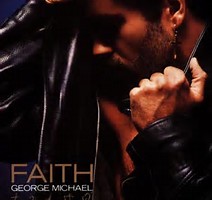 When you did come back with the very appropriately titled “Listen Without Prejudice Vol I”, you were making a statement – “Don’t pigeon-hole me, just take these songs as they come”. As James Corden said in the film however, there are some people in life who seem to have a layer or two of skin missing and appear to bruise more easily than the rest of us. You were one of them and when you sang the songs from this album for us, the pain you felt was palpable. All of this was written and recorded when you were still aged only 27 – An old head on young shoulders it seems.

When I wrote previously about that stunning performance you gave at the Freddie Mercury Tribute Concert I was just taking it at face value. Now however I understand how you were able to lift that performance to a whole new level – Having finally found love with Anselmo, you had learnt that he had also been diagnosed as HIV positive. He was in the crowd that night and although your fans didn’t even know about your sexuality at that time (well we did, but not officially), and he was unknown to us, you were singing the song for him and your heart was breaking for what was to come. The anger you felt at the unfairness of the situation was taken out on the record company from which you desperately wanted a divorce. A landmark case indeed but one which you lost in the end – As one of the executives said however, you may have lost the battle but you won the war as it was a given that you wouldn’t record anything for them again, so like with a top footballer you went on the transfer market and were snapped up by Virgin.

With the album “Older” you were able to both heal and recover from the grief you felt at the loss of Anselmo, but, then your mother got ill and died soon after so for much of the early ’90s it seems you were suffering from something much deeper than depression, a permanent fear of bereavement. By the second half of that decade you had started to come out the other side and the MTV Unplugged concert in 1996 was a fantastic example of you at your very best. You had the voice of an angel and had the ability to share raw emotion via your lyrics. A gift that possibly comes along once in a generation.

But I don’t want to say my final farewell to you George on a sad note. First of all, I noticed that the song used for the opening titles of your documentary was the Adele version of Fastlove performed at this year’s Grammys. Also the song used for the closing credits was the one jointly performed by Chris Martin and your good self (on a big screen) at the Brits. These were obviously added after your death and although I was a bit (quite a bit actually) disparaging about both of them earlier in the year, the passage of time must have made me warm to them as I thought they were both perfect for this film which turned out to be an unintended obituary. Secondly, I think James Corden has a lot to thank you for as your willingness to always step up to the plate when it came to making a bit of a fool of yourself in comedy sketches for charity, has in turn led to a new art form – Carpool Karaoke! I did love this when it first aired and never tire of watching it.

So, yet again I prepare to sign off for the last time – No more letters but before I go I just want to quote what you said during an earlier interview, included right at the end of the documentary. When asked what you would like to be remembered for, you said that you… “would like to be remembered for your songs and for your integrity, but that was very unlikely, so it was probably all a waste of effort”. I think you were just being modest there, as I expect we all would be if faced with a similar question, but of course in reality you will always be remembered – For the songs, your integrity, your performances, your generosity and yes, for those comedy sketches.

Farewell then George and thank you for that bonus gift you gave us last week in the form of your wonderful documentary. It was much appreciated.

You are far
When I could have been your star
You listened to people
Who scared you to death, and from my heart
Strange that you were strong enough
To even make a start
But you’ll never find
Peace of mind,
‘Til you listen to your heart

People
You can never change the way they feel
Better let them do just what they will,
For they will
If you let them
Steal your heart

You are far
When I could have been your star
You listened to people
Who scared you to death, and from my heart
Strange that I was wrong enough
To think you’d love me too
I guess you were kissing a fool
You must have been kissing a fool

As of the 20th October, the reissued “Listen Without Prejudice / MTV Unplugged” Double CD is available everywhere. A worthy addition to any fan’s collection.

11 thoughts on “An Open Letter to George Michael RIP, Part 4 – The Documentary”