Ever since I got back from my trip to Amsterdam last week I have been meaning to write a short post about it all – Problem is, I’ve struggled to come up with anything particularly “Dutch” to include as a featured song. Tonight however, as I made my way home from my regular Friday night rendezvous with my mum at her retirement complex (the fun just never ends around here!), I switched on the radio to partake in a bit of Friday Night Is Music Night. I do love the affable Ken Bruce, and he does a great job of hosting this show, which is apparently the longest-running live orchestral music programme in the world. In terms of the particular inspiration for each show, you just never know what you’re going to get and this week it was Espionage, so a night of great spy theme music got underway. The programme included music from The Ipcress File, Tinker Tailor Soldier Spy, The Third Man, The Avengers and, of course, 007 himself James Bond.

Listening to some of those great TV Theme tunes reminded me of the wonderful Van der Valk, that ’70s television series produced by Thames Television. It starred Barry Foster as Dutch detective Commissaris Piet van der Valk. The stories were mostly based in and around Amsterdam, where Commissaris van der Valk was a “cynical yet intuitive detective”.

Watching this very old piece of footage (wasn’t the colour poor in those days) reminded me of the very locations where I spent time last week, as in a city of canals the street pattern of central Amsterdam hasn’t changed much in about 400 years. The best thing about the show Van der Valk however was its very memorable theme tune, Eye Level, composed by Jack Trombey and played by the Simon Park Orchestra. Unbelievably, it even reached the UK Chart’s No. 1 spot back in 1973. I’m pretty sure that just couldn’t happen today but I still remember them well appearing on TOTP, as those were the days when I religiously taped the show on my little cassette recorder and carefully entered all the chart positions, in my “Chart Positions Notebook”!

But what did we get up to last week? The big irony of course was that despite the fact that Mr WIAA and I were also celebrating our Silver Wedding Anniversary, off I went gallivanting with one of my best female friends. It had all been booked a long time ago and the bad timing was down to that old chestnut, the annual leave window. Of course I am no longer even in the job that I couldn’t get leave from at any other time, but no matter, Mr WIAA was more than happy to hold down the fort and is now promised a trip of his own sometime soon. 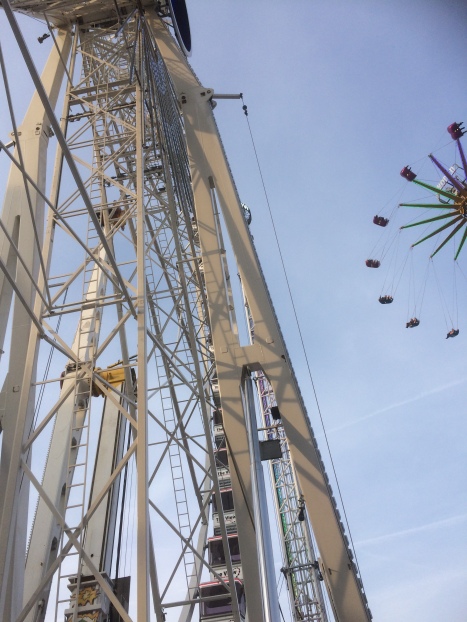 Day 2: The obligatory boat trip around the canal system. No room for any more house boats though as all the berths now taken. Also paid a visit to the Museum of Bags and Purses (it’s a thing) and the infamous Red Light District, De Wallen. Learnt a lot in the Museum of Prostitution (yes, it’s also a thing). 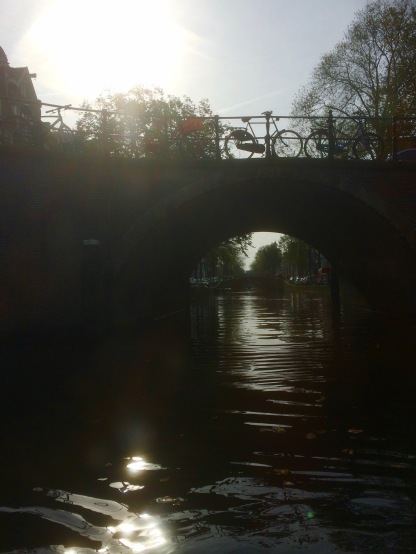 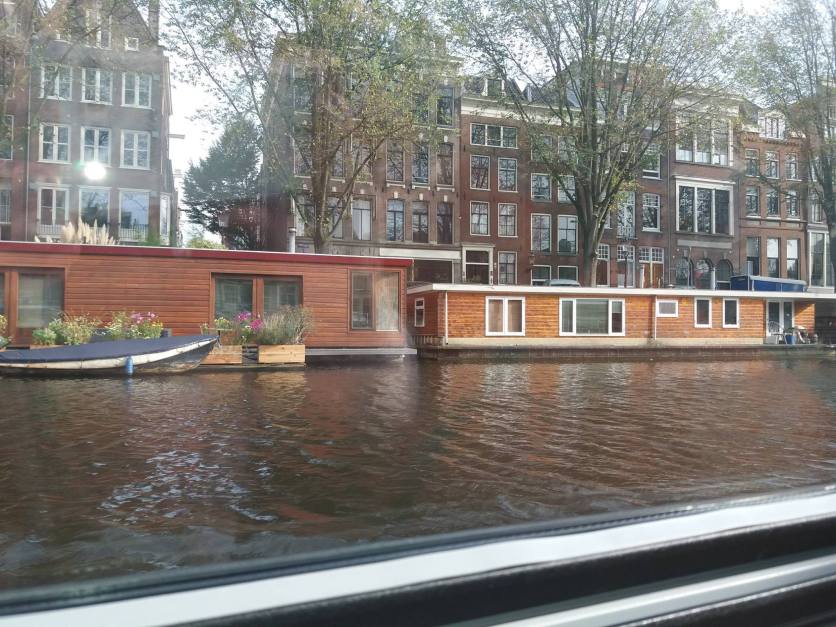 Day 3: Visited the Rijksmuseum where you could seriously get lost for a whole day – Pondered over probably some of the most valuable paintings in the world (Rembrandt’s The Night Watch?) and enjoyed glasses of mint tea – Maybe I’m just unsophisticated but up here in Scotland our tea doesn’t come with a bunch of mint leaves and a small pot of honey but very, very nice. 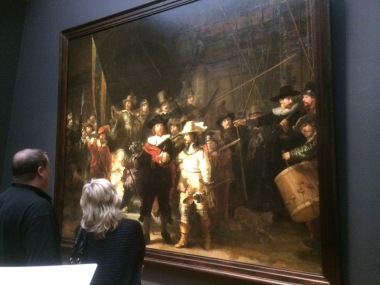 Day 4: Our last day so spent time in the harbour area where our hotel, which used to be the accommodation for Naval Officers, was based. A fantastic table with artwork depicting the harbour took pride of place in the dining room. Oh and it had its own brewery – Bonus. 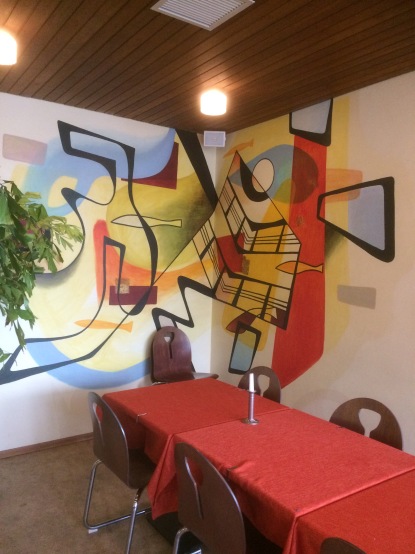 Although I did say that I couldn’t really think of any songs with a Dutch theme, it was inevitable that this 1985 recording of Lost Weekend by Lloyd Cole and the Commotions would form a bit of an earworm whilst I was away. The lyrics however were not particularly appropriate for our trip as: a) we didn’t catch pneumonia b) the price of the medicine therefore wasn’t an issue and c) we came home before the weekend, so not really a lost one. Great excuse to include a song however that I have always really liked and I’ve now worked out why a band from Glasgow just didn’t sound very Scottish. Turns out Lloyd was from Derbyshire and formed the band whilst studying Philosophy and English at the University of Glasgow. Every day’s a school day.

Lost Weekend by Lloyd Cole and the Commotions:

You see I, I wouldn’t say it if I didn’t mean it
Drop me and I’ll fall to pieces too easily

You see I, I wouldn’t say it if I didn’t mean it
Drop me and I’ll fall to pieces

You see I, I wouldn’t say it if I didn’t mean it
Drop me and I’ll fall to pieces too easily

Apologies for the quality of these pictures – Not up to my usual standard but when on a short trip like this we just didn’t want to spend lots of time fiddling with our camera equipment, so done on the hop on our phones. Sometimes the best way to go.

16 thoughts on “Amsterdam, Van der Valk and a “Lost Weekend””