As I had a birthday this week, and I am a full two and a half years older than I was when I first picked up this blogging mantle, I’m going to set myself the challenge of posting every day for a week. I know there are quite a few daily bloggers in my little circle, and I am full of admiration for what they do, but in my case it’ll just be a little experiment. Not expecting regular visitors to leave comments, and these are going to have to be much shorter posts than usual, but I have a bit of a backlog of ideas building up so here’s a chance to play catch up.

First of all, I am truly amazed that I have not yet written a tribute this year for anyone whom we’ve lost from the world of music. In January 2016, the month I first started blogging, I’d written three in my first 10 days. We’ve lost a few high profile comedians/all-round entertainers in 2018 and a few from the world of music who have meant a lot to others, but not necessarily to me. Last week however we lost someone from the world of sport who will not be known to many of you who visit this place, but who is partly responsible for one of the worst songs ever to find their way into my record collection. If this blog’s tagline is A Nostalgic Journey Through the Tracks of My Years, then this one has to be in there.

Back in May 1983, Aberdeen FC won the European Cup Winners Cup and so began one of the best weeks of my life. My dad had been a life-long fan of the team, as was the boyfriend-of-the-time (the BOTT), so inevitably I got caught up in all the excitement that befalls your city when the local team is riding high. Sir Alex Ferguson worked his magic at Manchester United, as we all know, but I think some people forget he cut his teeth at Aberdeen. 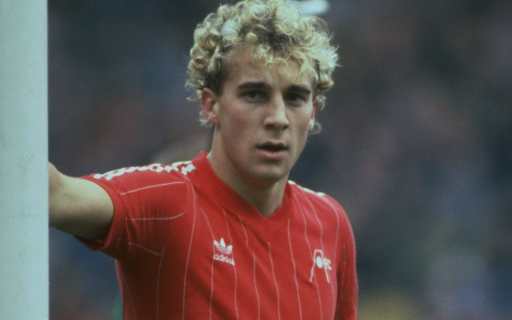 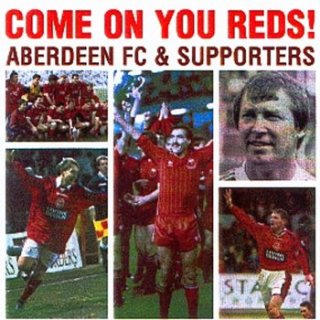 One of the Gothenburg Greats, as they came to be known, was a young player called Neale Cooper and being a bit shallow at that age, we girls kind of all fell for his blonde hair and good looks. A couple of years down the line however I got to know his sister and she became part of our social circle – We in turn got to know Neale the man, as opposed to Neale the football player. He was a comedian and entertainer of the highest order and his impressions of Sir Alex were legendary. By a strange coincidence, not long after I left Aberdeen to move to the Highlands, Neale also moved north to take up football management so our paths crossed again. His kids, when they came along, were all around the same age as my daughter so their paths also crossed. It came as a massive shock last week to hear that he had died suddenly at the incredibly young age of 54. I know how close he was to his family, so know they will be bereft, but I really don’t think I’d realised just how well-loved he was by so many. The tributes have been flooding in from the world of football and from his many friends – The youngest of the Gothenburg Greats and sadly the first to leave us.

But of course this is a music blog and the song that was very hastily put together for release ahead of the big final was this one – Simply called the European Song. Having just looked it up, it seems Neale wasn’t one of the players who turned singer for a day on the record, but the current Scotland manager Alex McLeish was, along with Willie Miller, Gordon Strachan, Eric Black, John Hewitt, Jim Leighton and Mark McGhee – All players who have gone on to great things in the world of football.

It truly is an awful song but as the lyrics said, “We’re gonna do it for you”, and they did, with bells on. There was gridlock on Union Street (the city’s main thoroughfare) that night, as everyone felt the need to come out and celebrate. In those pre-mobile phone days I lost track of the BOTT, but he emerged a day later on the cover of the Aberdeen Press and Journal, having scaled one of the city’s many statues, scarf in hand. When the team arrived back with the cup, we headed down to Pittodrie Stadium to greet them, and of course there was the obligatory tour of the city in an open top bus. A party was held in a local hostelry where we all had to wear red and white, and of course listen to the European Song, on repeat – Argh…, painful on the ears, but happy times indeed.

There was a reunion on the 11th May of all the Gothenburg Greats to celebrate the 35th anniversary of their big win. Neale had apparently been on good form that night but sadly, only two weeks later, there was one less Northern Light in Old Aberdeen.