Day Five of my challenge to write seven posts in seven days and I’m seriously starting to flag now. I even noticed that I’d pressed the publish button last night without changing the tags, or finishing the post title. All sorted now but it seems my kind of blogging is not short and snappy enough for a daily post, and however hard I try I can’t seem to make them any shorter.

There is a reason for this self-imposed madness however – I have applied for a course at our local college and have the interview next week. I am unsure whether I have enough spare time on my hands to take up the mantle of being the Highlands’ oldest undergraduate, so needed to test the water. Will no doubt keep you all informed on progress however, as I do love to “over-share”. 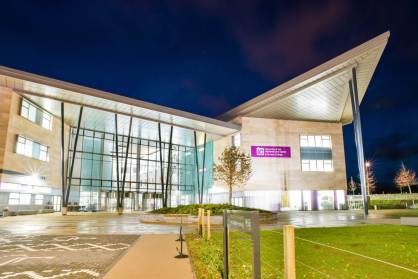 I mentioned earlier this week that I’d not written a single tribute this year for anyone from the world of music. I usually rely on Mark over at So It Goes… to keep me updated on who has indeed passed away, as he is usually first off the mark (pun intended). Today he has written about Eunice Gayson, the first Bond girl, who apparently died yesterday at the age of 90. Back in February, Mark announced the passing of Eddy Amoo from the group The Real Thing. I jotted this down in my “blogging notebook”, as they were definitely a group whose songs feature heavily in the tracks of my years.

If like me you turned 16 in 1976, you will remember that it was dubbed the Long Hot Summer, and for teenagers it was a great time to be alive. We had far more freedom in those days and I don’t think sunscreen had even been invented yet. We lived in blissful ignorance of the damage the sun could wreak on our future middle-aged skin, so just kept topping it up with cooking oil to ensure we turned a “healthy” golden brown. I spent a lot of time that summer with friends at the local youth club. This was the last year we were deemed age-appropriate to attend, as once you turned 17 you were cast out into the world of pubs and “discotheques” – All very grown up, and not at first as comforting as our old youth club, so we made the most of that last summer where it was our fellow school chums who chose and spun the discs.

But I digress – The reason I mention the legendary summer of ’76 is because one of the songs we loved to dance to at the aforementioned youth club was this one, You To Me Are Everything by The Real Thing. It reached the No. 1 spot in July and stayed there for three weeks. It still makes me smile, for in my subconscious it will always be linked to that long, hot summer, when being a teenager was a lot less stressful than it is today. Perhaps it was because of those trousers we used to wear – Who could get hot and bothered with all that fabric flapping about?

You To Me Are Everything by The Real Thing:

The Real Thing were from Liverpool and became the most successful black British group of the 1970s. Although they prided themselves on writing their own material, brothers Chris and Eddy Amoo decided they needed to be more commercial in order to get radio play. With this pop/soul classic, penned by Ken Gold and Michael Denne, they did just that, with bells on. Their follow up record, Can’t Get By Without You made it to the No. 2 spot later on that year.

What I hadn’t realised however was that Eddy Amoo had been in a group called The Chants back in the 1960s. They played the Cavern Club and once had the privilege of having the Beatles act as their backing band (much to the chagrin of Brian Epstein I should add).

After the commercial success of the mid ’70s started to wane, Eddy Amoo returned to the “message songs” he had always wanted to write. “I started to feel that I wanted to really project what had happened to me and the people that I’d grown up with in my songs,” he said. The Real Thing released “4 From 8”, an album exploring the four band members’ experiences of living in Liverpool 8, which covered the troubled Toxteth area. The album included Children of the Ghetto which has become a Liverpool favourite. Eventually it would be covered by Philip Bailey of Earth, Wind and Fire and Mary J Blige, making it a popular protest song.

Oh you to me are everything
The sweetest song that I could sing
Oh baby, oh baby

To you I guess I’m just a clown
Who picks you up each time you’re down
Oh baby, oh baby

10 thoughts on “Eddy Amoo, The Real Thing and “You To Me Are Everything””