Going to pop my head above the parapet for a wee while as this blog is in effect my web diary, and lots to write about since last weekend. Over the last few months I have hinted that I might soon become one of the Highland’s newest intake of students. I jumped through all the hoops and back in June, much to my delight, was offered a place on my chosen course. It all kicked off this week but after only 4 days, because of my mum’s deteriorating health, I have had to withdraw. Very disappointed. On the upside, I have been able to reapply as a part-time student who can pick off one module at a time. Hopefully much more manageable.

Exactly 40 years ago I was preparing to head off to study at a University founded in 1495. The college I now plan to attend only opened in 2015. So much change in the intervening half millennium (bit of an understatement), but it seems that we humans still have a yearning for learning, and fortunately nowadays, much more accessible to all. 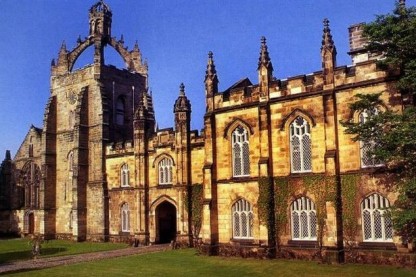 And here is where a strange coincidence has come about. Back in my early days of blogging I wrote a post about the song Lucky Stars by Dean Friedman (link here). As I said at the time, whenever I hear it I am reminded of autumn 1978, when I first left home to sample the delights of University life. It was given blanket airplay at the time and got to No. 3 in the UK Singles Chart. That post has become one of this blog’s most frequently visited, so I am obviously not alone in having fond memories of the song.

The wonderful thing about revisiting songs all these decades later, is that it’s possible to find out so much more of the backstory. In 1978 we knew Dean duetted with a female vocalist on Lucky Stars, but as she wasn’t credited, she became known as the “mystery singer”. In 2016, I discovered she was a singer/songwriter called Denise Marsa, who like Dean, also came from New Jersey. I made sure that in my blog post at any rate, she got full credit for having been part of this great Broadway-esque “musical discussion”. Lo and behold, a few weeks later she found my post and a few emails were exchanged – The wonders of blogging. (If you watch the above clip to the end, at 3:30 you will see Dean and Denise as they are today, having reunited for a special one-off performance.)

The strange coincidence is that 40 years on, just as I prepare to embark on life as a student for the second time, who should pop up in my life again but Denise Marsa. Back in 1978, her voice was the soundtrack to my early weeks as a nervous young student and here in 2018, she was appearing again. It seems her one-woman show is being staged at the Playground Theatre in London from the 20th September, and she wanted me to spread the word via my blog. Sure thing Denise (extract from her email below).

I remember we had a brief encounter via email when you first wrote about Dean Friedman’s LUCKY STARS. Just a quick mention, I am premiering my show THE PASS in London this fall at a new theater, The Playground Theatre. Maybe you could share this news with your readers? Here’s a link to the theater website as well as some recent press.

I also hope you can attend, would like the chance to meet you! Hope you are well!

Sadly with all that’s going on in my life at the moment I’m not going to be able to head down for the show and potentially meet with Denise (wouldn’t that have really been something), but in the event some Dean and Denise fans visit this post, they will at least have been alerted to the fact she is in the country, and performing live.

All this of course, got me thinking about what the young students of today will be listening to as they embark on their chosen studies. Turns out, all these years later, the idea of featuring a female singer in a song produced by a man is still alive and well. The difference nowadays is that the female gets full credit for lending their vocals to the recording. In the Top 40 at the moment we have songs featuring Anne-Marie, Dua Lipa, Demi Lovato, Cardi B, Camila Cabella, and many more I am unfamiliar with (so could embarrass myself by getting their gender wrong). I do however have a feeling my fellow students will probably follow a whole other set of artists, but it’ll be interesting for the blog getting to know who they are. 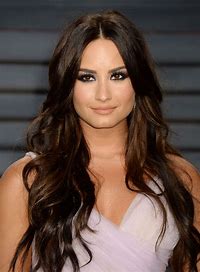 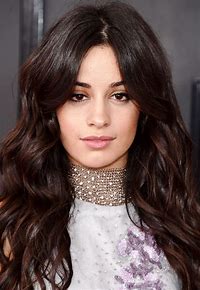 Good grief, they’re all clones of each other!

As regular followers know, this year has seen me becoming the very squeezed filling in a generational sandwich, trying to cope with a mum who has health issues just not able to be addressed by the social care system and a daughter who has still not quite flown the nest. My mum is now in hospital, as her fall the other week seems to have caused a (previously undetected) fractured pelvis – Not easy to get over at any age, but at least she is being cared for. DD has started her course at college and seems to be getting on fine so perhaps, just perhaps, I might be able to have some “me-time” and find my feet as a mature student. Who knows, but one thing’s for sure, life is never dull around here.

Hopefully, my new friend Denise Marsa will have a successful run of her one-woman show. Strange to think she first came into my life 40 years ago as I embarked on life as a student, and here she is popping up again, second time around. We couldn’t have predicted back then just how much our lives would change because of this tool we all use daily called The Internet. A force for good (connecting us with old friends, enabling the making of new friends, giving us access to vast amounts of information and services) but also a force for bad (no need to spell it out).

Who knows how things will have evolved in another 40 years but I have a sneaking suspicion that the song Lucky Stars will still occasionally pop up on the musical airwaves of the future. I might not be around to hear it, but hopefully DD will, and she will no doubt have fond memories of her mum and dad “murdering” the song which had become their party-piece of choice. She will also remember how we always forgot the words, despite having listened to it hundreds of times, and she will smile.

What are you crazy? How in the hell can you say what you just said?
I was talking to myself. Shut the door and come to bed.
By the way, I forgot to say, your endearing mother called today.
Did you see Lisa?
Yes I saw Lisa.
Is that why you’re angry?
I wasn’t angry.
Maybe a little.
Not even maybe.
Must be the weather.
Now don’t be a baby.
We’ll how am I supposed to feel with all the things you don’t reveal and
You can thank your lucky stars that we’re not as smart as we’d like to think we are.

Would you like to talk about it?
There’s not much to say.
We had lunch this afternoon. Her life’s in disarray.
She still goes around as if she is always stumbling off a cliff.
Do you still want her?
What are you saying?
Do you still want her?
Baby stop playing.
Really, I mean it. Can you forget her?
Baby, now stop it. You should know better.
I know this is hard to do. but, there’s no one for me but you and
You can thank your lucky stars that we’re not as smart as we’d like to think we are.

16 thoughts on “Denise Marsa, “Lucky Stars” and Life As A Student (Second Time Around)”