This time two weeks ago I was in Belfast. Whenever I have a wee trip, I usually end up writing one of my travelogue style posts (with a relevant song thrown in), so here I am finally getting round to it. Ironically, I was only able to go on this trip because my mum is still in hospital. The day before I left however there was a meeting with hospital staff, when I was told she wouldn’t be able to go home, ever, so a care home will have to be found. Problem is they are generally awful, and all of them have long waiting lists. Glad I managed to fit the trip in now, as a bit stressed at the moment rushing around viewing care homes and marshalling into place the eye-watering amounts of cash needed to pay for them.

But back to the matter in hand and a bit of background. Many years ago, when DD was just a wee tot, I used to head along to the local Mother and Toddler Group with her. These kind of things can be quite grim. A bit of a hit-or-miss. You are desperate for some interaction with other like-minded adults, but often all you have in common is that you have brought a small child into the world, and sometimes that’s just not enough. I did however make one good friend at our local group over 20 years ago. She lived around the corner from us, but as is wont to happen we moved to another part of town before DD went to school, and we kind of lost touch. A couple of years ago I made contact with her again, and we’ve started meeting up quite regularly. We just gel, and it’s such a shame we wasted so many years of potential friendship. Now that we’re making up for lost time, we decided to start having an annual trip together, during what we still call in Scotland, the “tattie holidays”. Last year it was Amsterdam (link here) and this year it was Belfast (both accessible from our local airport). As a great fan of alphabetisation, I can see we should look for a city starting with the letter C next year, and then D the year after, but it could get tricky, so we may have to rethink that plan! 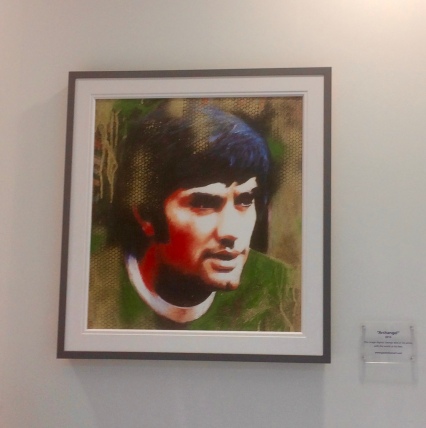 A portrait of footballer George Best inside the airport

We were very lucky in that the day we touched down at George Best City Airport the sun was shining, and after settling into our very central little apartment we headed off to explore the city. It certainly doesn’t have the unique history and current hip quality of Amsterdam, but of course it does have its very own history and seems to be a city well and truly on the up. The Good Friday Agreement has been in place for 20 years now, so although I remember the nightly news stories from Belfast at the height of The Troubles, there is a whole generation of young people who don’t even remember those dark days, and the population is quite dramatically on the rise again. The Peace Walls are due to come down in 2023 and much regeneration is going on within the city centre, so I really hope this pesky hiccup called Brexit (being sarcastic of course) is not going to jeopardise a lengthy period of calm for the city. 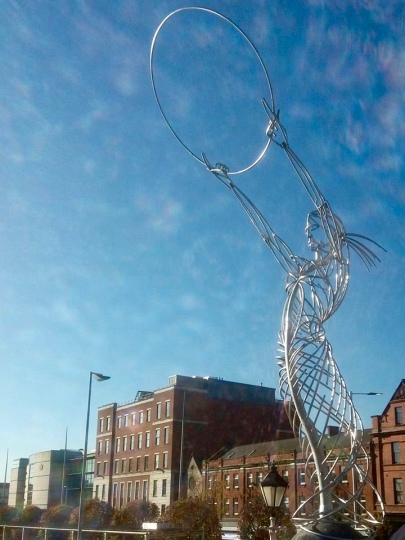 Beacon of Hope statue or Nula with the Hoola! 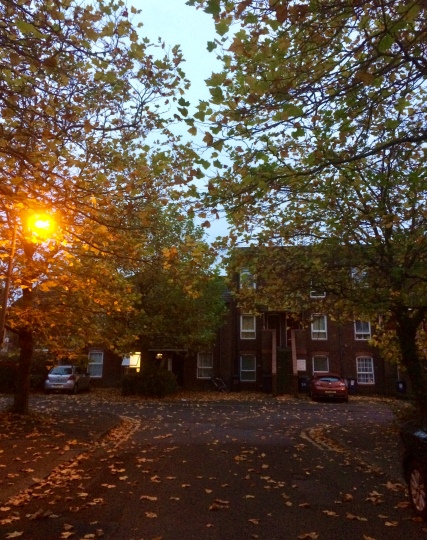 One thing we noticed straight away was that the residents of Belfast are very friendly. Whenever we looked a bit lost or disorientated (happened quite a lot), there was always a local at hand to help us out, offering great advice on which places to visit and where to eat. A ticket for the sight-seeing bus lasts 72 hours so that was our chosen method of transport and as it was one of those hop-on, hop-off affairs, we managed to take in a fair few of the sights – A trip out to Stormont, the seat of the Northern Ireland Assembly (which is sadly going through a period of suspension), a trip out to the new Titanic Experience building and of course, a journey around the many parts of the city where gable end political murals are very much part of the landscape. I did take some pictures, but won’t include them here, as I did find it discomforting being a tourist voyeur, paying to enjoy the spectacle of how these murals still mark out a city very much segregated by history and religion. The flags of the Union and of Ireland still adorn the streets in East and West Belfast, but most were looking a bit tattered and torn which I am hoping means no new ones are being put up to replace them. All being well the peace will continue to last, and with social media, young people who have been segregated through schooling will start to bond with other young people via shared interests, whatever their religion. Maybe I’m oversimplifying a complex issue here, but I am hopeful.

The Titanic Experience building – Combines the form of the prow of the ship and with its five wings, a White Star

Inside a First Class cabin

But this is supposed to be a music blog so which songs can I serve up for your delectation? You may well have spotted that along with footballer George Best, “Van the Man” Morrison also appears on the large mural in the picture at the top of the page. A son of East Belfast, he has achieved great things in the world of music and seems to be as prolific as ever, his 40th album due to be released in December. My chosen Van Morrison song is going to be Brown Eyed Girl, which I know is kind of over-familiar to most folk now, but this is my blog and I still love it, so Brown Eyed Girl it’s going to be! Released as a single in June 1967, it is considered to be Van’s signature song. 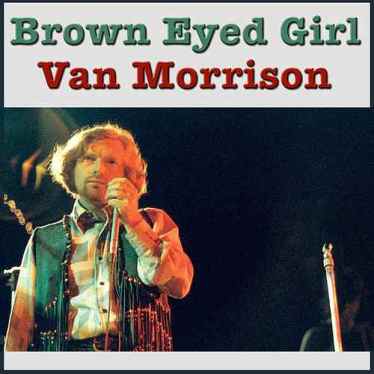 A band I always thought of as hailing from Belfast, were The Undertones. Turns out they weren’t, but from Derry instead. No matter, the fact they recorded this next featured song in Belfast makes it worthy of inclusion. Music lover, DJ and champion of unheard bands John Peel, had one pop song he regarded above all others. At his personal request Teenage Kicks was played at his funeral, and its opening line is inscribed on his gravestone. Released in October 1978 it only reached No. 31 in the UK Singles Chart but will be fondly remembered by so many.

So, “What’s It All About?” – Sometimes it’s just nice to get off the hamster wheel and spend a couple of days exploring new places with a good friend. It’s a long time since I’ve had such a close female friend, as Mr WIAA tends to be my go-to person for most things in life, but it’s been lovely having someone from outwith the family to spend time with (besides you guys of course whom I share everything with!).

As for my mum, her welfare is now in my hands and I am being thwarted at every turn. There are basically too few care home places, and every additional week she spends in hospital she is deteriorating, mentally. We can’t look after her 24 hours a day, and the only care home with places is a brand new, extortionately priced, private one. This I’m afraid, is how we are treating our old folk in the 21st century. Makes me very sad indeed.

So hard to find my way
Now that I’m all on my own.
I saw you just the other day,
My, how you have grown!
Cast my memory back there, Lord,
Sometime I’m overcome thinking about
Making love in the green grass
Behind the stadium
With you, my brown-eyed girl,
You, my brown-eyed girl.

10 thoughts on “A Trip to Belfast, “Van the Man” and The Undertones”