I imagine I’m not alone in finding that we’re living in a bit of a golden age for television drama – What with streaming and on-demand services, as well as the mainstream channels, the discerning viewer is rarely stuck for something great to watch. I am noticing however that cinema audiences are down (around here anyway), and both our local venues have recently slashed their prices. Good news for those of us who still like the excitement of watching our films on the big screen but probably not good for the art form long-term.

This last year alone we have watched Peaky Blinders, Carnival Row, The Boys, Catch-22, Keeping Faith, Summer of Rockets, Years and Years, Killing Eve, Black Mirror, Chernobyl, Gentleman Jack and Les Misérables to name but a few. Seems like all I do is watch telly, but no, our habit is to finish up whatever we’re doing by 9pm, after which we reconvene in the “living room” (the least-used room in the house nowadays, so no longer a very apt name) and settle down for our nightly fix of the goggle-box, as it used to be called.

This week we seemed to be all caught up with everything that had been recorded and nothing new to tickle our fancy on Netflix or elsewhere, so we decided to revisit a series we have already watched, Sons of Anarchy, which follows the lives of a close-knit, outlaw motorcycle club (SAMCRO), operating in a fictional town in Northern California. I’ve written about it around here before, as I became really fond of the theme song This Life performed by Curtis Stigers and the Forest Rangers. As I said last time, probably like most fans, I live in law-abiding “nice-world” where the worst crime I ever commit is to park illegally, or perhaps accidentally speed in a built-up area. Our modern day lives are so controlled and safe that it is sometimes necessary to experience something a bit more edgy from the other side of the tracks, albeit from the comfort of our sofas. 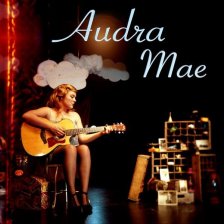 In the penultimate episode of Season 1, a particularly poignant scene was accompanied by a fine version of the song Forever Young written by Bob Dylan, and I was immediately smitten by it. The singer this time was American Audra Mae, who it seems is a great-niece of Judy Garland which might explain the fine pipes. Here is the non-acapella version of the song, but in the show the alternative version was used.

Forever Young was originally recorded by Bob Dylan with The Band in November 1973 and first appeared on his album Planet Waves. Dylan had four children between 1966-1969, including his youngest Jakob, and the song was intended as an uplifting message from a parent to a child. The song has endured as one of Dylan’s classics.

As for the show Sons of Anarchy, it took me quite some time to realise that the lead character, played by Charlie Hunnam, was a graduate of British kids telly, first finding his feet on the BBC show Byker Grove along with fellow Geordies Ant & Dec! He next popped up on the award-winning Queer as Folk along with the now seemingly omnipresent Aiden Gillen. Perhaps to those across the pond his accent still has a tinge of Geordie, but he seems to have made the leap from Byker to biker very successfully. I am convinced, and as the anti-hero of the show I have become quite smitten with him, as well as the song featured above. 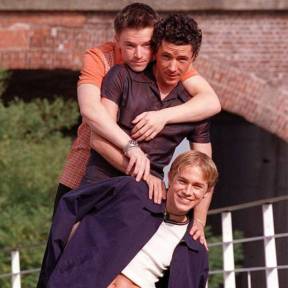 As Nathan in Queer as Folk

So, “What’s It All About?” – Having so much great telly around at the moment, means that whenever we want to side-step the real world for a time it’s right there at our fingertips, and with so many great soundtracks, always something for the discerning music-lover as well.