Things are a bit grim, so we need a bit of a distraction. Welcome back to this occasional series where I share the contents of my archive box of teenage memorabilia. I always knew these random bits and pieces would come in handy some day, but little did I think it would be because 2020 is turning out to be the year when everything changed. Let’s hark back to simpler times.

We’re journeying back to March 1976 when I picked up my monthly copy of Words Magazine. On the cover of that edition were 10cc, and on page 3, we get to hear a little more about our cover stars.

I do sometimes (always?) ramble on a bit around here, but no need for that this time as I recognise some people actually drop by for the tunes. One of my favourite films is Guardians of the Galaxy and it was on telly on Saturday night as a replacement for the rugby which didn’t go ahead. One of the “stars” of that film is the mixtape made for our hero by his mother, full of her favourite songs from the 1970s. The opening scene shows the young Peter listening to his Walkman, and the song playing is I’m Not In Love.

There is a half hour documentary in the BBC iPlayer archives about the making of this one song, so I urge you to seek it out. Written by band members Eric Stewart and Graham Gouldman, it has a really distinctive backing track, composed mostly of the band’s multitracked vocals. Released in May 1975, it became the second of the group’s three number-one singles in the UK and was our smooching song of choice at my local youth club disco. Written mostly by Stewart as a reply to his wife’s declaration that he did not tell her often enough that he loved her (he really did), it was originally played on guitars, but the other two members of the band, Kevin Godley and Lol Creme, disliked the track and it was abandoned. Stewart persuaded the group to give the song another chance and they ending up creating a new version using just voices.

I’m not in love
So don’t forget it
It’s just a silly phase I’m going through
And just because
I call you up
Don’t get me wrong, don’t think you’ve got it made
I’m not in love, no no, it’s because..

I like to see you
But then again
That doesn’t mean you mean that much to me
So if I call you
Don’t make a fuss
Don’t tell your friends about the two of us
I’m not in love, no no, it’s because..

I keep your picture
Upon the wall
It hides a nasty stain that’s lying there
So don’t you ask me
To give it back
I know you know it doesn’t mean that much to me
I’m not in love, no no, it’s because..

Last time I wrote about Jackie Magazine and although it ran for 30 years, its heyday was definitely the early 1970s. Its sales figures would make any newspaper boss of today green with envy. Although full of great features on fashion and make-up, a problem page, a Dear Doctor column and “dreamy” love stories, for many of us the main attraction was lots of behind the scenes gossip on the everyday lives of our favourite pop stars. This remember, was an era long before we had the internet and one of only three TV channels so information was very limited indeed.

For me at that time, the highlight of the week was Thursday night’s Top Of The Pops but we also had BBC Radio One whose stars were DJs like Tony Blackburn, Noel Edmonds and Kid Jenson. If we were really lucky we might pick up a crackly, late-night signal from Radio Luxembourg giving us the voice of Tony Prince or Emperor (please) Rosko. So, we heard all the music but were desperate to find out more about the artists and that is where Jackie Magazine was happy to oblige. I remember they once gave us a free flexi-disc with the voice of a very bored-sounding David Cassidy recording a message for his fans in the UK. I found it recently after buying my new turntable and after playing it, now realise that the strain of being a pop idol in 1973 was definitely telling on him by this time.

But back to the music. As well as Jackie magazine, Radio One and Radio Luxembourg we had Sunday night’s Top 20 Chart Show (only an hour so they had to really rattle through it) which culminated in finding out who had either made it to the No. 1 spot or who had held on to it. If like me you were a fervent pop music fan, you decanted to your room at 5.55pm with your cassette recorder at the ready. The key was to press record/play, at just the right time to avoid any annoying voice-over, but also not to miss out on any of the song. Although I had a little tranny (short for transistor radio of course) at the time, my parents had moved their old GEC “wireless” (lots of wires actually) to my room after updating their own sound system and although very old-fashioned to look at, it had a great sound quality. The front of this monster of a device had words like Hilversum (where the Philips radio factory was based), Hamburg, Light, Scottish, but the only thing that mattered was that I knew how to tune into the station which would give me the new chart (and funnily enough it wasn’t 247 on MW, it was indeed on LW which really helped with the quality of my recordings). 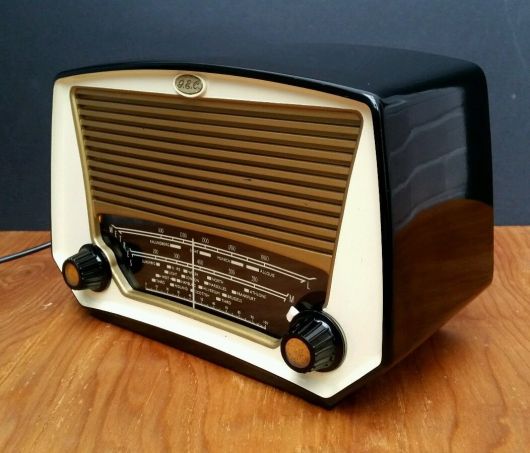 Another embarrassing admission is that not only did I record my favourite songs on C90 Philips cassette tapes (such a furore nowadays about illegal downloading but we were all party to criminal activity on a vast scale in those days) but I also listed and carefully dated the new chart in a notebook. My best friend at school was similarly afflicted and we both went on to study accountancy in later life so something about that kind of mind-set obviously.

So, after a lot of preambling, here comes a Top 10 chart listing from the week I became a teenager in June 1973 and when my anorak tendencies were obviously at their height. An eclectic mix indeed.

At No. 10 – Walking In The Rain by The Partridge Family. (A David Cassidy vehicle essentially but a song originally recorded by The Ronettes – excuse his very girly blouse!)

At No. 9 – Tie A Yellow Ribbon Round The Old Oak Tree by Tony Orlando and Dawn. (That ribbon still in circulation today.)

At No. 8 – Hell Raiser by Sweet. (The beautiful Brian Connelly with his long blond hair and half-brother of Taggart as it turned out – Somehow he manages to look both macho but also not dissimilar to Tammy Wynette.)

At No. 7 – You Are The Sunshine Of My Life by Stevie Wonder. (A slightly more svelte Stevie in those days but still a wonderful song.)

At No. 5 – Rubber Bullets by 10cc. (Excellent band and about the only one from this list whose material has stood the test of time. Followed this up with other big hits like I’m Mandy Fly Me and I’m Not In Love.)

At No. 3 – One And One Is One by Medicine Head. (Had forgotten all about them – Not quite a one-hit wonder but their only record of note.)

And finally at No. 1 – See My Baby Jive by Wizzard. (With the unforgettable Roy Wood ex of The Move whose “Flowers In The Rain” was of course the first song ever to be played on Radio One.)

Before I move on, yet another reference to my old friend Joe Strummer (his name keeps popping up in this blog) – Despite the fact that young teenagers like myself adored Radio 1 in the 1970s, the older, wiser Joe came out in protest at what had happened to radio at this time – The “establishment” he felt, had in effect outlawed the pirate stations but then didn’t cater for the market they had created. He stated, “There is no music station for young people any more, only for housewives and trendies in Islington”. My older self can now see that this was the case but at the time I was just a teenage girl, so what did I know. The Clash famously refused to appear on ToTP but had to suffer the ignominy of having Legs and Co perform one of their very literal dance routines to Bankrobber. Watch it and weep!

Look out! look out! your Momma will shout
You might as well go home
She said my bed get’s into your hair
So give me back my comb
But you
You make things that get along
Turn out so wrong
Doo ron, doo ron
You’d better rock on
The band might play our song

That tenor horn is turning me on
He’s dropped down to his knees
Oh boy that sax is calling me back
This dog ain’t got no fleas
But you
You dance all the guys up town
Into the ground
Doo ron, doo ron
You gotta rock on
Your Daddy ain’t coming home

Too bad,So long,it’s driving me mad
The top down on my car
I don’t suppose that everyone knows
Exactly who you are
But you
You make things that get along
Turn out so wrong
Doo ron, doo ron
You gotta rock on
The band might play our song