Well, we had a Blue Moon at the end of January, and now coinciding with Easter, we’re going to have another one at the end of March – All down to timing, as the cycle between full moons is 29 and a half days. The short month February had no full moon at all but both months on either side have had one at the beginning and at the end. This time however there are no complications with it being a Super Blue Blood Moon – Oh no, this time a run-of-the-mill Blue Moon, that name of course also used to describe something that “doesn’t come along very often” (although I beg to differ, as here we are already with two blue moons in the first quarter of the year, but highly unusual granted).

The Rodgers and Hart song Blue Moon is one I have been aware of for most of my life as it has been recorded by just about everyone (Frank Sinatra, Billie Holiday, Elvis Presley, Dean Martin, Billy Eckstine, Mel Tormé, The Supremes, Bing Crosby, Rod Stewart….), and also appeared in many of the old movies I watched on Sunday afternoons as a youngster.

The movie I now associate it with most however is Grease, as it was the song used for the “Spotlight Dance” when Danny Zuko and the brash usurper Cha-Cha DiGregorio take to the floor after winning the dance contest which is being broadcast live to an unsuspecting nation (who didn’t realise that a group of so-called “mooners” would gate-crash this bit of poetry in motion).

Blue Moon by Sha Na Na (aka Johnny Casino and the Gamblers):

And here is where I confused myself earlier in the year – Because this next version of Blue Moon is just so dissimilar from the original, I had convinced myself that it was actually a different song, which meant I would have had one to coincide with each of the blue moons we have had in our skies so far this year. But no, it is of course the same song, it’s just that back in 1961 the Marcels (named after the “marcel waved” hairstyles worn by some of the group) added an infectious, nonsensical introduction performed by bass singer Fred Johnson – Dang-a-dang-dang, ding-a-dong-ding and so on…..

The Marcels novelty version of Blue Moon was an instant hit and topped the charts on both sides of the Atlantic. They followed it with a series of less successful novelty versions of standards and then disbanded in the mid ’60s. Their version of Blue Moon, along with several other moon songs, featured in the John Landis film An American Werewolf in London (one of Mr WIAA’s favourites as he had a bit of a crush on Jenny Agutter as a young man – a common affliction it seems). Having just watched some of the clips that feature the song, all quite unpleasant, so I’ll spare you the gore and just add a picture of the delectable Nurse Alex Price, who until she met backpacker David Kessler was “without a dream in her heart, or a love of her own” (shame he turned out to be a werewolf). 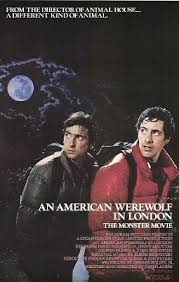 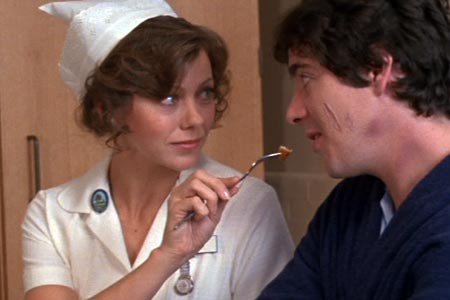 So, “What’s It All About?” – It’s amazing how a single song can be covered just so many times over the years (it was first recorded in 1934), that it can end up barely recognisable compared to the original. Lots of examples out there, and although this time Blue Moon was given the full doo-wop treatment, other songs have been transformed into three minute ska, reggae, or disco triumphs. CC over at Charity Chic Music has run some excellent series over the last year asking us to compare and contrast cover versions to the originals, and I have also written a few posts that do just that (here and here). One of my most surprising discoveries was that the Blondie hit record Denis was actually a cover of a song called “Denise” by American doo-wop band Randy and the Rainbows.

But this is supposed to be a post about tomorrow night’s full moon, so just in case there is cloud cover and we don’t actually get to see it, here is another picture courtesy of my friend with the all singing, all dancing camera. It was taken at the end of January and was cleverly made into a bona fide Blue Moon using a special filter lens. I’m still hoping for a shot at some point that includes the moon alongside some of the amazing scenery we have up here, but not apparently always easy to capture. Only six posts into this series however, and seven to go, so still plenty of time!

Until next time, have a great Easter and look out for that Blue Moon on Saturday night.

Blue Moon, you saw me standing alone
Without a dream in my heart
Without a love of my own

Blue Moon, you knew just what I was there for
You heard me saying a prayer for
Someone I really could care for

And then there suddenly appeared before me
The only one my arms will ever hold
I heard somebody whisper, ‘Please adore me’
And when I looked, the moon had turned to gold

Blue Moon, now I’m no longer alone
Without a dream in my heart
Without a love of my own

One last thing – In case you haven’t heard of The Marcel Wave before, it looked like this….. 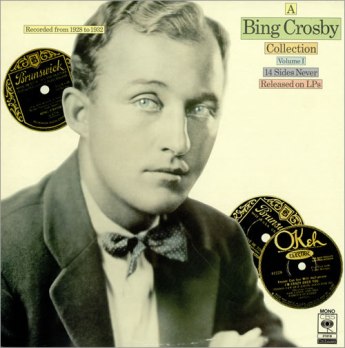 …..and was invented by a Frenchman, who looked like this. Every day’s a school day! 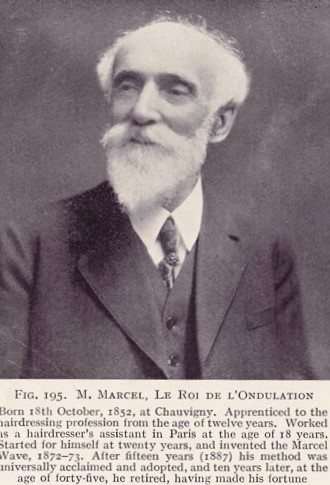 I seem to have become interested in the full moon cycle at a pretty unique time, celestially speaking. Since first noticing that amazing supermoon at the start of November there have already been two more supermoons and this month, because of how the first full moon fell, we are to have another one 29 and a half days later right at the end of the month. Unlike the rest it won’t have a name given to it by the Native Americans because it will be a “blue moon” – Something that doesn’t happen very often. Just to complicate things further it won’t actually look blue but red (called a “blood moon”) as the earth will line up with the sun creating a lunar eclipse. Last but not least, it will again be a supermoon where it comes as close to the earth as is possible making it look 14% bigger and 30% brighter (although perhaps the lunar eclipse will override the brightness somewhat this time). Whatever, definitely something to look out for on Wednesday the 31st January, this Super Blue Blood Moon.

I have already worked out which songs about moons I am planning to use for this series, and of course it was a no-brainer that Rodgers and Hart’s Blue Moon would feature whenever that phenomenon appeared in our skies. Now that I’ve discovered this next full moon is going to be shadowed by the earth however, there are definitely more appropriate picks. The one I’m going to choose is Moonshadow by Cat Stevens.

Ok, so technically Wednesday night’s phenomenon is a case of the earth shadowing the moon as opposed to the other way round, but a great excuse to feature something by Mr Stevens. Most people know that Cat Stevens changed his name to Yusuf Islam in the late ’70s and gave up music altogether for a while. Fortunately for us he returned to it in 2006 and now simply goes by the stage name Yusuf. This song, Moonshadow, was a hit for him in 1971 when he was at the height of his popularity. Of all his old songs, he considers it his favourite.

I hadn’t realised until recently that Cat/Yusuf was actually from London, and more precisely the West End as his parents were the owners of a restaurant in the theatre district. Possibly because he had a Greek father and Swedish mother, and also because of his global success then conversion to Islam, I have always just thought of him as a citizen of the world and find it hard to conjure up images of the young Steven Demetre Georgiou waiting tables in the Shaftsbury Avenue of the “Swinging Sixties”. 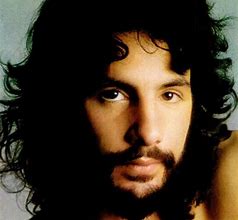 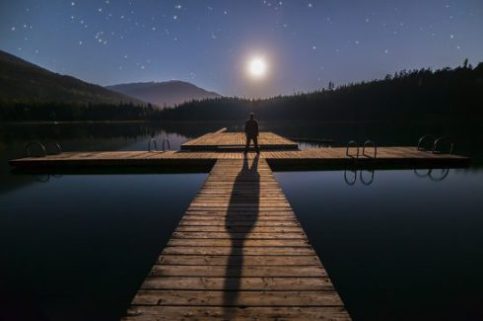 The lyrics of the song were once explained by Yusuf in an interview – He had been on holiday in Spain and when standing at the edge of the water on a beautiful night with the moon glowing, he looked down and saw his shadow. As a kid from the West End of London, what with the bright lights and streetlamps, he had never seen the moon on its own in the dark before. He thought that was so cool and it inspired him to write about finding hope in any situation – To be present and joyful, to see life as it is right now, and not to compare it to others’ lives, or to other times in your life. If we are always wrapped up in whirlpools of worry and concern about what could be, or what has been, we are missing the richness of life as it is.

So, “What’s It All About?” – As someone who is prone to getting caught up in a whirlpool of worry and concern about the future, it seems I need to take heed of these lyrics and try to be much more “present and joyful”. Apologies for my rant last time (that post now heavily edited) as no doubt everything will sort itself out in due course – Just sometimes therapeutic to use our blogs as a place to vent. In the meantime, lets hope there will be no cloud cover on the 31st January so that we can all witness the phenomenon that will be, the Super Blue Blood Moon.