Last time I wrote about George Martin and of his legacy in assisting The Beatles and all those other great Liverpudlian bands and artists achieve great things in the 1960s.  Before that however, the thread I had been following was concerned with artists who are very much identified with their “place” in the world.

Anyone who has read my posts will have worked out by now that I come from the North of Scotland and although my childhood was rural, I have since lived in both of the big(ish) cities up here. You would have thought that the tracks of my years might have been very different to those of someone who has lived all their life in, say, Norfolk or Manchester but no, we pretty much all listen to the same radio stations, watch the same television shows/films and now have access to everything that the world wide web can throw at us.

It was not until I arrived in the Highlands however that I really started to appreciate some of the great Celtic rock bands that hail from this neck of the woods. In 1987, the band always guaranteed to sell out any concert was Runrig, orginally from the Isle of Skye. Their lead singer Donnie Munro had taught my husband art at school in the ’70s, but by the late ’80s he was very much a full-time musician. When he’d told the class he was involved with a band, and that they played a kind of Gaelic/Celtic rock, the class were highly sceptical (this was the decade of glam rock, punk and disco after all) but he certainly proved them all wrong. In the period 1987-1997 they were signed to Chrysalis and released five very successful studio albums. I remember buying “The Cutter And The Clan” in 1987 not long after arriving in the Highlands and I saw them perform three times in a short space of time at various venues, including a large marquee during a memorable homecoming trip to Skye. 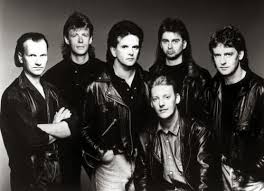 I really don’t know how familiar they would have been to audiences in the rest of the country but they did enter the charts several times during that period so did achieve mainstream success despite the fact they were very much of their “place”, the Gaelic-speaking Isle of Skye. 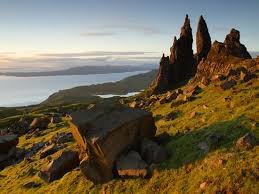 In 1991, they released an EP which of course I bought, along with the rest of the population of the Highlands. The main song on the EP was Hearthammer but on the B-side was Loch Lomond (really gets going after 3:00), a traditional song given the full-blown Celtic rock treatment.

Although Loch Lomond itself is north of Glasgow and not really closely connected to Runrig’s place in the world, it is a rousing song and I am sure it must go down really well in Canada, New Zealand, the US, Australia and all the other places with a large Scottish diaspora. Suffice to say, if you are at an event in Scotland, it is a definite crowd-pleaser and is often the last song to be played at the end of the night. Lends itself well to the forming a circle and letting the mayhem commence. 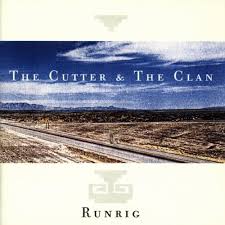 The band has changed its lineup many times since forming in 1973 but the two songwriters Rory Macdonald and Calum Macdonald have been there right since the beginning. Donnie Munro left in 1997 to pursue a career in politics but was replaced by Bruce Guthro, a Canadian from Nova Scotia, who seems to have been just the right fit.

I visited Skye last summer and met up with a native who has been a friend for years. She took us to one of the many fine-dining restaurants on Skye (two have Michelin stars) and pointed out that if we looked closely when the door to the kitchen swung open, we would see Donnie Munro loading the dishwasher! Turns out his son is now a successful chef and his dad is only too happy to help out behind the scenes, even supplying the tablet that we thoroughly enjoyed with our coffee. How things change over the years…..

Too sad we parted in yon shady glen,
On the steep sides of Ben Lomond.
Where the broken heart knows no second spring,
Resigned we must be while we’re parting.

You’ll take the high road and I’ll take the low road,
And I’ll be in Scotland before you.
Where me and my true love will never meet again,
On the bonnie, bonnie banks of Loch Lomond.

You’ll take the high road and I’ll take the low road,
And I’ll be in Scotland before you.
Where me and my true love will never meet again,
On the bonnie, bonnie banks of Loch Lomond.

Last time I wrote about Elvis Presley, a performer who could only have come from the southern states of America. His accent, his good manners, his songs, all reflected his roots and his “place” in the world, right from the very beginning and throughout his career. In Scotland, we didn’t produce an Elvis Presley but we did produce The Proclaimers. Like Elvis, their accents, their good manners and songs were very much of their “place” and like most Scots I am really proud of what they have achieved.

I will admit that unlike Elvis they were never destined to become teen idols, but ever since twins Charlie and Craig Reid appeared on the music scene in the mid ’80s they have produced an impressive body of work and kept entertaining audiences around the world with their very distinctive brand of anthemic music. 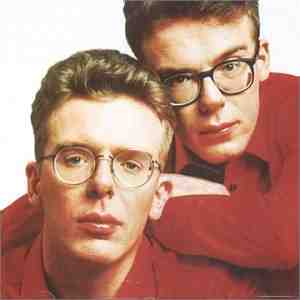 I first saw them in concert in the autumn of 1986 when they supported The Housemartins who were touring the UK at the time. I can still remember my quite “posh” friend’s surprised reaction to the twins, as she had never heard anyone sing with such strong Scottish accents before. Also they sang about places and happenings that we all could relate to. It didn’t take them long to cross the Atlantic and appear on US television chat shows, their songs becoming big hits over there too. They have even appeared on Family Guy! 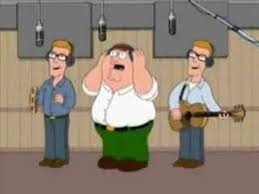 My favourite Proclaimers’ song is Sunshine On Leith which came from their second album and was a minor hit in 1988. It is a song that is just so connected to their birthplace, Leith, a district in the north of Edinburgh. A stage musical called Sunshine On Leith was written in 2007 featuring the songs of The Proclaimers, and an excellent film of the same name was made in 2013. It is one of the rare times I have enjoyed a film so much that I went back to watch it for a second time the next night.

Sunshine On Leith by The Proclaimers:

Like last time with the Elvis song, I have decided to include more than one version and these next two bring a lump to my throat every time. The first shows just what can happen when football fans adopt a song and in the case of Sunshine On Leith, that could only have happened with Hibernian FC, the club based right there in Leith. Fortunately Charlie and Craig are fans of the club and they must have been really moved by what happened after Hibs’ amazing Scottish League Cup Final win in 2007 – You can tell that the club’s manager, John Collins, definitely was.

The second version of this song is from the film and is performed by Jane Horrocks. A completely different version from the one sung with such passion on the football terraces but sung with a different kind of passion, that of a wife for her poorly husband. If you haven’t seen either the stage show or the film, I would thoroughly recommend both although I would also thoroughly recommend bringing a large supply of tissues as I ran out last time – Not a pretty sight leaving the cinema.

Sunshine On Leith from the film soundtrack:

While I’m worth my room on this earth
I will be with you
While the Chief, puts sunshine on Leith
I’ll thank Him for His work
And your birth and my birth