As is wont to happen, you sometimes start with a plan but then veer off in a different direction to what was originally intended. I started this blog right at the start of the year on the momentous day that David Bowie died. As my day job involves working pretty much exclusively with numbers, I felt in need of some writing practice and with a blog you have a good chance of sticking to the discipline of writing regularly. 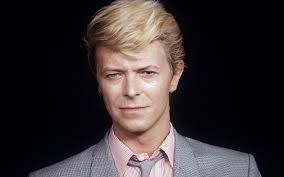 But what to write about? Well for a long time I had thought it would be a good idea to write about those memories conjured up by a random piece of music heard in the course of the day. Like most of us, I have ended up letting my grandparents and even my own dad pass away without ever getting their stories down on paper and as I live what I would call an ordinary life, no-one was ever going to ask me to write an autobiography. Even ordinary lives have extra-ordinary moments however and it has been a bit of a joy recalling some of my special moments. 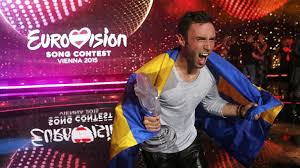 So for seven months now I have been merrily tapping away on whatever device is available and have found that it does become quite addictive. There is also the temptation to continually check on your “stats” only to find them disappointingly low considering you have just published something you think is pretty damned good. Feedback is a gift they say, and even if you are working on a pet project mainly for your own benefit, it can still make your day. But as time goes by, you can become a bit too focussed on the desire to get followers, likes and views and lose sight of why you started the thing in the first place!

Time to get back to what was originally intended therefore and not write for any particular audience other than myself – If anyone does read my posts and enjoys them that’s a bonus but not why I’m doing it. I have discovered some excellent blogs written by real music buffs and enjoy them a lot but the music I write about is really just an anchor for the memory and I would not profess to being an expert on any of it.

So if I were to go back to basics and pick a random piece of music to write about, what would that be right now? Well I have just switched on my iPhone which is sitting here beside me, and the song that randomly started playing on the music app was Saturday Love by American R&B star Alexander O’Neal. It was a hit in 1985 and was written by that incredibly successful songwriting team Jimmy Jam and Terry Lewis who also wrote for Janet Jackson, Usher, Boyz ll Men, TLC and many more.

And that is why I think I stopped writing randomly – There is very little I have to say about this track other than that it was one of these smooth night-clubby numbers that I probably heard a lot whilst out with the girls in the mid-eighties (sporting big hair and earrings). I was never a particular fan of the ’80s night club however as it was all smoke and mirrors (literally) and not enough room for the serious business of dancing which is one of my passions. But then again it is a long time since dancehalls and night clubs have been for the sole purpose of dancing – No they have survived for decades for a very different purpose and I think we all know what that would be.

I think this is common to all girls but I do remember having quite a collection of mix-tapes made for me in the mid ’80s by potential beaus! Some of these tapes had fantastic collections of music on them and one had quite a few very seductive Alexander O’Neal tracks. Needless to say, when I met my future husband he was quite jealous of these “love letters in song” and tried to compete by making his own. Sadly he had sold most of his record collection to pay for essentials (like food) when he was a student so didn’t have a great base to work from. His answer was to use my record collection and although it was a really lovely thought, it’s just not the same when a mix-tape is compiled from your own well-loved, but well-worn, tracks. As it turns out we are still together all these years later and I hear him working away on his latest DIY project as I type, so the secret of a long-lasting marriage is obviously not the quality of the mix-tape, just perhaps, it’s the quality of the DIY!

Always so special
(I was yours and you were mine)
Made for each other
(All the good I won’t forget)
You will stay on my mind
(Saturday, the day we met)