Not sure how this has come about, but for over a week now the slow build-up to She’s Not You by Elvis Presley has been spinning around in my head. He starts way down in his boots with the “her hair is soft” part, and then gradually climbs up the scale by the end of the first verse. I’ve probably described that badly, and yet again I don’t think this part of the song is called “the hook”, but it’s the part that’s formed an earworm that’s for sure.

I’ve written about Elvis often around here as the very first album bought with my own money (aged 9) was indeed an Elvis one, and although they are oft derided, I did love watching his antics in all those happy-go-lucky movies made during the 1960s, when his manager “Colonel” (a made-up title much like General Tom Thumb) Tom Parker took him off the road, and he became permanently holed up in Hollywood. Had Elvis been a stronger character this would probably never have happened, but he was a polite southern boy who had been brought up to respect his elders, so he did as he was told and pretty much killed his credibility for much of the decade. Fortunately, the triumph that was the ’68 Comeback Special got him out performing in front of live audiences again, and his career entered it’s third stage – The Las Vegas residencies. Again, the Colonel took care of business, and as we all now know this turn of events didn’t end well for our boy, but watching him in this clip he certainly was a fine looking young man.

She’s Not You by Elvis Presley:

As for the song, there’s not a lot I can say about it other than it was one of many Elvis hits to reach the top of the UK Singles Chart, in 1962 in this case. It was however written by Doc Pomus (aka Jerome Solon Felder) in collaboration with Leiber and Stoller who between them were responsible for many of the songs we of a certain age grew up with. Looking at their respective songwriting credits, as well as writing many, many songs for Elvis, they also wrote for The Coasters, Bobby Darin, Dion and the Belmonts, The Drifters, Perry Como and Andy Williams (amongst others). 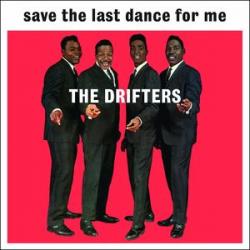 There is so much that could be written about Elvis but most of it is already well documented (even in this blog), so I won’t bore you, but here is something new I’ve discovered – The name Presley is a common one here in the North of Scotland and Elvis’ family do have roots in Aberdeenshire. The name in our neck of the woods is always pronounced Prez-ley, but apparently the correct pronunciation of Elvis’ name is Press-ley. I think I’ve been getting it wrong my whole life. Also, we know his middle name was Aaron but it turns out he was given the name Elvis Aron at birth to tie in with his stillborn twin brother’s name Jesse Garon. Down the line it was decided to change it to the more biblical Aaron. As I often say around here, every day’s a schoolday.

It occurred to me that the subject matter of this song is not an unusual one. How many times have we had our hearts broken because the boy we really want to dance with, picks another girl? I remember crying all the way home from a local dance when I was a teenager because when it came to the slow dance at the end of the night, the object of my affection danced with someone else and I had to dance with the friend. To quote Elvis, or more specifically Doc Pomus, “he’s not you”.

And of course this reminds me of another 1962 Elvis song by Doc Pomus, (Marie’s The Name) His Latest Flame which covered just the same dilemma – How we were ever expected to find “the one” when we all seemed to be dancing with the WRONG people is a mystery, but who knows, maybe at the end of the day, Mr Wrong turns out to be Mr Right.

Her hair is soft and her eyes are oh so blue
She’s all the things a girl should be,
but she’s not you.

She knows just how to make me laugh when I feel blue
She’s ev’rything a man could want,
but she’s not you.

She even kisses me like you used to do.
And it’s just breaking my heart
’cause she’s not you.