Like many others, I was saddened to hear last night’s news of the death of Glen Campbell. It was not one of those shock deaths we had got so used to hearing about last year as most of us who were fans knew he had been suffering from Alzheimer’s Disease for some time, but it still marked the end of an era. Here is the post I wrote last year when I was still relatively new to blogging and still called my appreciation of the music of Glen Campbell a “guilty pleasure”. I have since discovered that he was one of the most respected and accomplished artists of the 20th century, and the Jimmy Webb songs he recorded in the late 1960s are some of the finest pieces of popular music ever produced. RIP Glen – Despite your sad demise we will continue to hear you “singin’ in the wire” for a long time to come, for which I am very, very grateful.

I hope I haven’t caused confusion – Yes Elvis Presley recorded the song An American Trilogy in 1972 and it became a bit of a showstopper for him when performed during the massive event that was “Elvis—Aloha from Hawaii” broadcast in 1973. Three 19th century folk songs had been melded together and given the full jumpsuited-Elvis treatment and even today, I can’t think of anyone better suited (no pun intended) for the song. His poverty-stricken southern roots, his close affinity with black music and his subsequent elevation to all-American global superstar.

But no, the songs I want to visit today are the three Jimmy Webb compositions recorded by Glen Campbell in the late ’60s. In the UK at that time London was “Swinging” and we were listening to Sandie Shaw, Cliff Richard and Lulu but in the USA, the average “Easy-Listening” aficionado would have been enjoying Glen Campbell. He was now in…

I hope I haven’t caused confusion – Yes Elvis Presley recorded the song An American Trilogy in 1972 and it became a bit of a showstopper for him when performed during the massive event that was “Elvis—Aloha from Hawaii” broadcast in 1973. But no, the songs I want to revisit today are the three Jimmy Webb compositions recorded by Glen Campbell in the late ’60s.

In the UK at that time London was “Swinging” and we were listening to Sandie Shaw, Cliff Richard and Lulu, but in the USA, the average “Easy-Listening” aficionado would have been enjoying Glen Campbell. He was now in his early thirties and had served his apprenticeship in the music industry working first with his uncle in Albuquerque and then by moving to LA to work as a Wrecking Crew session musician with some of the biggest artists of the day. He even became a Beach Boy for a short while, filling in for the man himself, Brian Wilson, on one particular tour. He definitely has the look of a Beach Boy about him and I can just imagine him in his twenties sporting the short-sleeved stripy shirt that was their trademark.

In 1967 he recorded By The Time I Get To Phoenix, in 1968 it was Wichita Lineman and in 1969 Galveston. I have just revisited a map of the Southwest USA and these places are in Arizona, Kansas and Texas respectively. Glen himself was from Arkansas (born in a town called Delight – lovely) and went on to star in the western True Grit, so he was the perfect choice for this material. Elvis was ultimately a man for all of the USA but Glen was the man for these country-music-loving states. Each artist had their own American trilogy, and Glen had these three songs.

By The Time I Get To Phoenix by Glen Campbell:

I have written about Jimmy Webb before as he also wrote MacArthur Park, successful twice in the charts but with lyrics universally regarded as a bit bizarre. The song used the “cake left out in the rain” metaphor to symbolise the wasted demise of a relationship. With By The Time I Get To Phoenix, here he was again apparently inspired by the same break-up, but this time with much less bizarre lyrics. The timings of his journey across the country are tight, but at a push it turns out the timeline is possible, not that I would recommend trying. Best not to split up in the first place – Just sayin’.

And so we move on to song number two – Wichita Lineman tells the tale of a blue-collar worker in the heart of prairie country, alone with his thoughts. Again Jimmy was inspired by a relationship that had not turned out well for him so that’s three songs now we wouldn’t have been able to enjoy had his love-life run smoothly. Moving on to the third song, Galveston, the story-telling this time is about a soldier about to go into battle who is thinking of his hometown and the girl he left behind. Written in 1969 it was perceived to be an anti-war song but the inspiration was supposedly a soldier from the Spanish-American war and not the Vietnam war – Perhaps, but a third beautifully put together song featuring a place name in the title.

Live version of Wichita Lineman/Galveston/Country Boy (You’ve Got Your Feet in LA) by Glen Campbell:

I don’t quite know why, but I just love these story-telling American songs featuring place names. Probably because they just wouldn’t work over here. Substitute Phoenix for Felixstowe, Wichita for Widnes or Galveston for Galashiels and the romance is lost. As for 24 Hours From Tulsa, you are never 24 hours from anywhere in Britain unless you have had the misfortune to suffer multiple delays on public transport. Show Me The Way To Amarillo or Show Me The Way To Aberystwyth – I know which one I’d go for. San Jose or Sandbach – It’s a no-brainer.

Yes, it looks as if I have indeed been brain-washed from years of watching American films and television, and listening to all these great songs. As the GI Brides discovered however, when they went stateside after the end of the war with their new husbands, all that glittered was not gold and many found that the deprivations of war, experienced in a small terraced house in Britain, were nothing compared to life in a wooden shack in the Smokey Mountains. But it’s all relative and I am sure that the tourists who flock to my neck of the woods in summer just love songs with our place-names in the title – I did write about Runrig’s live version of the traditional song Loch Lomond a while back and I expect that the Caledonian Societies of North America feel the same way about that song as I do about Galveston. 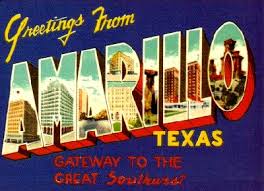 One last thing – I did consider calling the appreciation of these songs a “guilty pleasure” but have decided against using that term any more. They are indeed a pleasure, so why feel guilty about it? I have always been a fan of music from the easy-listening camp and have had to tell some porkies in my time to explain the ownership or purchase of such material. But why does music always have to be difficult? It boils down to the fact that we never want to feel embarrassed in front of our “cool” friends. No more of this nonsense I say, be loud and proud about what you enjoy and I am pretty sure that if they were being perfectly honest, our “cool” friends would agree with many of our choices.

I am a lineman for the county and I drive the main road
Searchin’ in the sun for another overload
I hear you singin’ in the wire, I can hear you through the whine
And the Wichita Lineman is still on the line

I know I need a small vacation but it don’t look like rain
And if it snows that stretch down south won’t ever stand the strain
And I need you more than want you, and I want you for all time
And the Wichita Lineman is still on the line

And I need you more than want you, and I want you for all time
And the Wichita Lineman is still on the line