One of the new things I discovered during my month of abstinence from all things computer-related (should have waited until lent really) was a telly channel called Talking Pictures. I have bemoaned of late that hardly any of the mainstream channels show old black and white movies any more, and I miss that. Here however (I think it’s No. 81 on Freeview) was a channel totally dedicated to such fare. It bothers me somewhat that there will be a whole generation of people who have never heard of Humphrey Bogart or Fred Astaire, and have never laid eyes on any of their prodigious output. 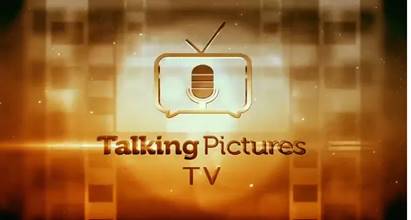 One film I recently re-watched on Talking Pictures wasn’t black and white however, in fact it was an extravaganza of colour, but was set right at the start of the 1930s so fitted the channel’s ethos well. Many years ago I had one of those “lost weekend” kind of things. My two flatmates were away for the duration; I had recently split up with the long-term boyfriend; and, for two days had no other commitments, so I holed up in my comfy indoors-y clothes and watched telly. We didn’t have a VCR back in those days, just a basic Radio Rentals telly, but one of the flatmates had recently acquired a new job in sales, and had been given a machine with a built in video-player to dazzle her potential customers. That weekend I aimed to make full use of it, but ended up watching only one film, four times, as I was so blown away by it. The film I rented was Francis Ford Coppola’s The Cotton Club and I can still remember most of the dialogue verbatim. (This clip seems to start in the middle, so needs to be reset.)

Two weeks ago I wrote about the film Paint Your Wagon and about how it was both a Western, and a Musical. The Cotton Club was a Crime-Drama, but also a Musical and like Paint Your Wagon didn’t get brilliant reviews when it came out, as it didn’t particularly appeal to either audience. Personally I loved it and couldn’t understand why it hadn’t been more successful. With the passage of time that opinion has been reassessed however and a remastered version was released in 2017.

The Cotton Club was the name of a Harlem jazz club of the 1930s during the era of Prohibition and Jim Crow racial segregation. Black people could not patronise the Cotton Club, but the venue featured many of the most popular black entertainers of the era, including musicians Duke Ellington, Louis Armstrong, Count Basie, Adelaide Hall, Cab Calloway, Billie Holiday, and dancers such as Bill Robinson and The Nicholas Brothers. In its heyday, the Cotton Club served as a hip meeting spot, with regular “Celebrity Nights” featuring guests such as Jimmy Durante, George Gershwin, Paul Robeson, Al Jolson, Mae West and Fanny Brice, amongst others.

There were some great musical performances in the film and we got to witness what it would have been like to experience Duke Ellington and Cab Calloway (he of Minnie the Moocher fame) in their prime. The song I most enjoyed when I first watched the film 35 years ago was Ill Wind (You’re Blowin’ Me No Good) and all these years later it was still the song I most enjoyed. The actress Lonette McKee was given the task of singing it, however over the years it has been recorded by all the greats, Frank Sinatra, Dinah Washington and Ella Fitzgerald to name but a few. The song was composed by Harold Arlen who also gave us the soundtrack to The Wizard of Oz. Yes, he was the man responsible for taking us Somewhere Over The Rainbow.

Ill Wind (You’re Blowin’ Me No Good) by Ella Fitzgerald:

One observation from having typed the word “ill” several times for this post, depending on the typeface you use it can look like the number three in Roman numerals. A capital “i”, and the letter “l”, often look the same, but I can assure you it’s neither a song by Lonette McKee the Third, nor a level Three Wind, it is indeed about a wind that we really don’t want, just like the one that whisked Dorothy off to the land of Oz.

These old movies on the Talking Pictures channel are not for everyone but I’ve watched a few now and they are a real insight into our social history. Some of the best lines in The Cotton Club came from a young Lawrence Fishbourne who played mob boss and bookmaker Bumpy Rhodes. They made a real impact on me when I watched the film 35 years ago and his short speech has never left me. Last week I wrote about the BRIT awards and how rapper Dave was responsible for the most powerful performance of the night. 90 years on and I’m realising they are not a million miles apart.

Blow ill wind,
Blow away,
Let me rest today.
You’re blowin’ me no good,
No good.

Go ill wind,
Go away,
Skies are oh so gray
Around my neighborhood,
And that ain’t good

You’re only misleadin’ the sunshine I’m needin’,
Ain’t that a shame
It’s so hard to keep up with troubles that creep up
From out of nowhere,
When love’s to blame.

So ill wind, blow away.
Let me rest today.
You’re blowin’ me no good.

9 thoughts on “The Cotton Club, Ella Fitzgerald and “Ill Wind (You’re Blowin’ Me No Good)””