Since discovering that all full moons have a name, given to them by the Native Americans who kept track of the months by the lunar calendar, I have written about each one as they appear in our skies. To accompany the post I always include one of the numerous songs that have been written about the moon and its many foibles.

Well, there could really only be one featured song for this month – Neil Young’s Harvest Moon. Having said that, the Harvest Moon can occur in either September or October, as it’s the name given to the full moon that lands closest to the autumnal equinox. This year we reached the equinox, that pivot point in the year after which we can expect more hours of darkness than light in our days, on Sunday the 23rd Sept. Had it not landed that way, it would have been called the Corn Moon, but no great songs as far as I am aware about corn (unless you know differently), so I’m mighty glad it’s worked out this way. 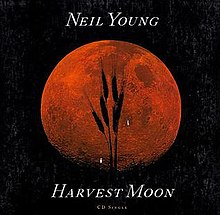 For the Native Americans, this was the month when corn was supposed to be harvested. Also, due to a highly scientific quirk relating to orbital distances and other complex laws of physics, at the peak of the harvest farmers can work late into the night, as this moon rises at nearly the same time every evening giving them all that extra light. Fortunately I have no harvesting to be done, because for the second month in a row, there seems to be total cloud cover around the time of the full moon. I am still hoping for a miracle tomorrow night but not counting my chickens. (Wonder if the Native Americans also did that by the light of this brilliant Harvest Moon.)

But back to Neil’s wonderful song. I do have a couple of Neil Young anecdotes in my back pocket, but I don’t think this is the time or place to share them. Instead I just want to listen to the beautiful sound of his voice, those soft brush strokes, and the steel guitars.

Something that surprised me when doing a modicum of research for this post was that the album “Harvest Moon” was released in 1992. I always associate Neil Young with a much earlier time, and although I recognised this song, I had never thought of it as being attached to the 1990s. That said, the year 1992 was an incredibly busy one for me, as in a five month period I got engaged, sold my flat, bought a house, organised a wedding and got myself betrothed…, so I probably wasn’t keeping up with any new album releases.

Listening to the song Harvest Moon, it is however perfect for a couple like us who have now been married for nearly 26 years. It was written as a tribute to Neil’s wife Pegi, and seems to celebrate longevity in relationships. Had we not lived in the North of Scotland, I think I might have suggested to Mr WIAA that we go dancin’ where the music’s playin’ tonight, but sadly it’s really cold out there, so a mug of cocoa and a boxset it’ll have to be instead. Easy to take each other forgranted once you’ve been together a long, long… time, but listening to this song reminds me that…, well, we really shouldn’t. Enough said.

…. there’s a full moon risin’
Let’s go dancin’ in the light
We know where the music’s playin’
Let’s go out and feel the night 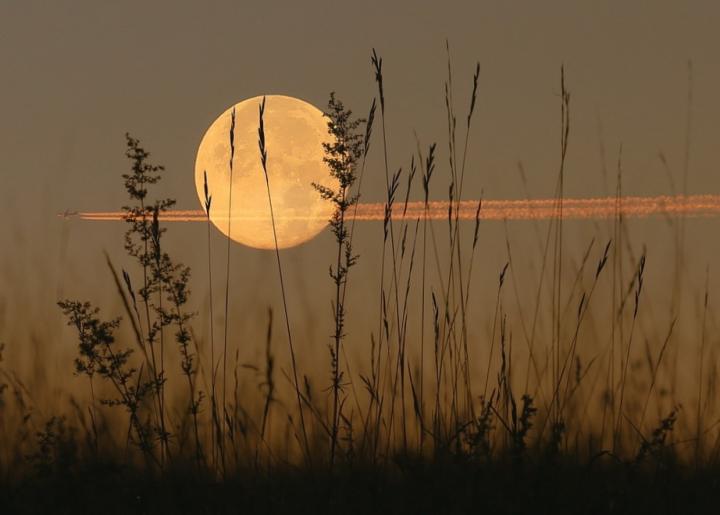 The moon seems to be a big deal to Neil Young as it turns up in 28 of his songs. He uses it to guide him and is apparently more likely to take on a project if it coincides with a full moon. In a 2005 interview he explained: “Before there was organized religion, there was the moon. The Indians knew about the moon. Pagans followed the moon. I’ve followed it for as long as I can remember, and that’s just my religion. I’m not a practicing anything, I don’t have a book that I have to read. It can be dangerous working in a full moon atmosphere, because if there are things that are going to go wrong, they can really go wrong. But that’s great, especially for rock ‘n’ roll.”

I must admit, this moon series has been my favourite so far, and I would agree with a lot of what Neil says there. I really hope we do get to see the full moon on Tuesday night as I’m starting to get withdrawal symptoms, having missed out on last month’s lunar eclipse entirely and this month I seem to be dogged by cloud cover. If we do, I’m sure my friend with the all singing, all dancing camera will capture it perfectly. Cross fingers he does.

Come a little bit closer
Hear what I have to say
Just like children sleepin’
We could dream this night away.

But there’s a full moon risin’
Let’s go dancin’ in the light
We know where the music’s playin’
Let’s go out and feel the night.

When we were strangers
I watched you from afar
When we were lovers
I loved you with all my heart.

But now it’s gettin’ late
And the moon is climbin’ high
I want to celebrate
See it shinin’ in your eye.

Almost two years after publishing this post, a BBC Radio producer came a callin’ (well, she emailed me). The song Harvest Moon was going to be featured in one of their Radio 4 shows and she wondered if I’d like to take part. We were still in lockdown due to the pandemic, so my home office had to be turned into a recording studio for a morning, with cushions and blankets taking the edge off hard surfaces. I think I spoke at a hundred miles an hour as I’m wont to do when a bit nervous, but the resulting recordings were sent on, and the show aired at the beginning of August 2020.

I like to remain anonymous around here, so haven’t shared this with many of my friends, but in case anyone wants to listen in, here is a link to the show. My segment kicks in at around 5:00. I’m not the most articulate, I repeated myself a fair bit, and I think they must have had to slow me down as my voice sounds really DEEP…. , but for someone who only took up blogging a few years ago, it was really quite exciting. Also taking part was Ricky Ross from Deacon Blue who has been written about in this blog before (link here), so I certainly was in good company. 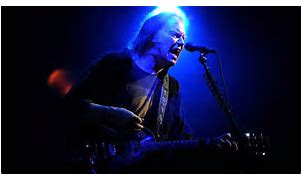