Those of us who watch mainstream telly in the UK, will recognise those words, as they frequently come from the mouth of Mr Simon Cowell, who seems to have singularly ruined this time of year for music lovers. His big-budget karaoke shows highjack the seasonal chart, so nobody makes Christmas records any more. This blog may feature songs from the 1970s more than any other decade, but if I have to endure another festive season listening to Slade and Wizard, I will be very grumpy indeed. (Nothing against Noddy and Roy of course, but even they must be getting embarrassed at the abundance of riches accumulated since making their respective festive hits forty-five years ago.)

But as ever I’ve got side-tracked. Back to that hackneyed phrase:

To my absolute delight, they were also the words that came from the mouth of my little mum this week, when I asked her if she liked her new care home. The relief was palpable, as so many old folk really resist going to live in such places. Of course it does help that it looks like a 5 Star Hotel; it does help that she is still able-bodied enough to enjoy all the activities, and finally; it helps immeasurably that the financial side of things is being taken care of by myself. As far as she is concerned, her state pension pays for all of it, and I intend to move heaven and earth to keep her there. Now that my time is being freed up from doing the actual caring (which was not my forte and can be done so much better by those professionally trained for such work), I can soon get back to being what they call “economically active”. Just a few things that need sorted out first…

You won’t probably have noticed, but I’ve not posted anything new around here for over a fortnight. Been a bit busy you see, but in a really good way. My mum is happy, so it’s now all steam ahead with selling her retirement flat, and we’ve watched enough of those “property porn” shows to know what can be done to dress the rooms for maximum effect. Still a bit to do, but it looks fantastic already. She was always really fastidious about keeping her home immaculate, so not too onerous at all. And, plenty of nice pieces to take to the care home once the deal is done.

But that’s not all. As far as my college course goes, we have now reached the end of the first semester. The last assignment had to be “uploaded” (bit more high-tech than first time around) on Monday, so now just waiting see how I did. Bit of a downside is that we had to prove we’d been keeping a journal, of sorts, for the last three months. Of course followers to this place know that this blog is in effect my web diary/journal, so although we all like retaining our anonymity around here, I had to bite the bullet and include a link. I have deliberately held off writing anything new for the last fortnight, as I was acutely aware that if my tutor opened the link, she would see the latest post – The pressure was on to make it a good one. I now realise however, she may not open the link for a while, so I can’t really hold off any longer. Will try and up the rate of output though, and with any luck, if she does drop by, it will be one of my better posts. Something I did mention in my assignment though, was that after a lifetime of working with Excel spreadsheets, it’s been great turning to writing in later life. Anyone who has been with me for the journey will hopefully agree I’ve got better at it over the years, the sentences becoming a little bit less clunky, and the posts a bit more entertaining.

Finally, the big one. As of last Saturday, I think we acquired a new business! We live right in the heart of the Scottish Highlands which now seems to be ranked No. 5 in the Lonely Planet Guide’s Top Regions to Visit in 2019, so anything related to tourism should be a winner. Won’t say too much about that one until it’s a done deal, but all very exciting, and with any luck it will help out with the care home fees. 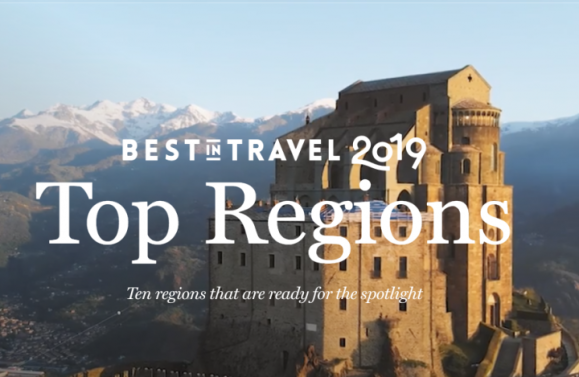 So, not a lot of music around here yet today, but just kind of getting back into the swing of things again after a short absence. There is no doubt we have a lot of change going on around here at the moment, but it needed to happen, and just shows that retirement need never really be an option, as always new challenges out there to take on.

Lots of songs with the word ‘Change’ in the title, but I have included David Bowie’s Changes around here before (sadly still very relevant), so time for something different. I won’t inflict Wind of Change by the Scorpions on you, so you’re safe (although click on the link if you want a quick recap), but I will inflict this one, Everything Changes by Take That. I’ve always been a fan of Take That, right from the start, and remember well the outpouring of grief in 1996 when they announced they were splitting up. I’d just had DD and was a stay-at-home mum experiencing daytime telly for the first time in years – Poor Richard and Judy had to set up a helpline!

They are now a Man Band rather than a Boy Band and have lost a couple of members along the way, but this song just reminds me how great they were at the beginning – All that energy, and Robbie got starring role in this offering, which was a bit unusual, as Gary was usually in charge of the reins when it came to the lead singing role.

I’m feeling quite upbeat today, and have the designer for a well-known luxury brand sitting next to me as I type, as Mr WIAA is working with them on a new range. She has also become a friend, so a couple of busy, but fun days are likely to follow. Everything changes from time to time, and for us, everything has changed as we end 2018 and get ready to enter 2019. I will soon have completed a full three years of blogging, but I’m not done yet, and although it looks as if I’m going to be kept really busy in the new year, I’m going to keep this place going with more Moon Posts, American Odyssey posts and items from what I call Alyson’s Archive.

The lyrics to today’s song are entirely inappropriate for my situation, but the title is, and their high energy video clip is weirdly fitting for how I’m feeling today. It looks great, is shot in a sepia tone, and shows the band in a jazz café, performing the song with various patrons joining in. The song was the fifth single from the band’s second studio album, “Everything Changes” and was inevitably written by Gary Barlow amongst others. It was Take That’s fourth consecutive single to go straight in at No. 1 in the UK Singles Chart, where it remained for two weeks in April 1994.

Everything Changes by Take That:

I’ve ended up writing way too much here, but just goes to show what happens if you have a fortnight off. If my tutor does drop by this post, it’s not exactly representative of what I do around here, but it does show that my blog also doubles as my web diary, or journal, as well as being the place where I revisit the “tracks of my years”.

Back it 1996 everything changed for Take That, and life has continued to change for them over the intervening 22 years, as they later reformed, and morphed from being a five-piece Boy Band to a Man Band of varying number. In 2018 everything changed for us, and after a bit of an up-and-down year, everyone seems to be ending it in a good place. My mum loves her care home, I have my course and a new business to get up and running, Mr WIAA is busy making beautiful things that will appear in shop windows, and DD seems to have decanted to her boyfriend’s luxury apartment overlooking the river (no sad little student flat for her). I know it won’t last, as life just doesn’t work out that way, but in the meantime I’m going to enjoy the calm. No more whinging. New beginnings.

We’ve said goodbye, the taxi cab is waiting
Now don’t you cry, just one more kiss
Before I have to go
Hey girl I know the situation changed
And so much is new but something in my life
Remains the same cos

The rumours true, you know that there’ve been others
What can I do, I tell you baby they don’t mean a thing
Now girl don’t go and throw our love away
I’ll be home soon back in your arms to hear you say that