Some of you who visit this place from time to time (thank you for that by the way) will know that Mr WIAA had recently entered a piece into a sculpture competition and that it had inspired me to write about a specific song (Alice, Jefferson Airplane and White Rabbit). The awards ceremony took place in London on Monday evening and I’m pleased to say that not only did he win a Bronze Award for the sculpture (up against stiff competition) but he also won a Gold Award for his entry in the 2D category. I also think I mentioned in my last post that there was no monetary award, it was just for the prestige of being the best in your field – Turns out I was wrong and the gold award winners do indeed get a cash prize! We left the venue with a spring in our step and headed back to the hotel for some nice food and wine. 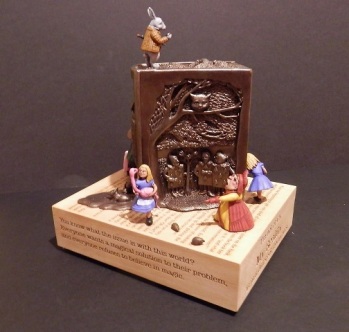 So, we’d spent the whole of day one of our London Trip simply traveling down from the far North of Scotland, navigating our way to the hotel and attending the awards ceremony. On day two we would hopefully have time for a few of the things tourists do in London before it was time to head back home. Because the theme of the competition entry was the marrying up of sculpture with literature, a trip to the British Library was on the cards, mainly because they have the original manuscript of Alice in Wonderland housed there. After dropping off our cases at left luggage and acquiring our blue Oyster Cards (always think of the band Blue Oyster Cult whenever I get one of those but you probably have to be of a certain age to get that joke), we were free to navigate London via its venerable Underground.

I did spot however that we were starting off on the Victoria Line and which station was only four stops away? It was Brixton, south of the river, and birthplace of Mr David Bowie. I knew there was a mural there of David in his Ziggy Stardust guise which people went to visit and treated as a place to leave tributes. We had the time so why not? It turned out to be incredibly easy to find as the mural is right on the street opposite the exit to the station. It wasn’t very big and has now been covered with a perspex sheet to protect both it, and the messages left by fans, but considering my very first blog post was about the death of David Bowie I thought it was important to have seen it. (Excuse the glare from the perspex but unavoidable and a short film added right at the bottom of this post.)

It isn’t big and overwhelming but I did enjoy visiting the Starman’s mural in Brixton – People like to have a shrine, a focal point, so that they can leave messages, floral tributes and gifts and this is just one of those places. It got me thinking however, here we were in Brixton but if we travelled back up the line to Highgate we could see all the messages and floral tributes left for George Michael. In view of the fact I have spent a lot of time recently writing about the sadness I have felt over the loss of George, this seemed the right thing to do. And so, at around lunchtime on Tuesday we found his very house and outside there is a little park which has become a bit of a shrine to him. 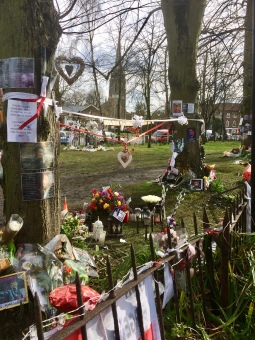 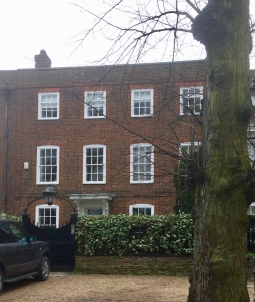 Again, just so many messages left by fans and here I was doing something I had never contemplated doing before, stalking a big star from the world of music but sadly just a couple of months too late. There was a really great looking little pub across the street from his house so we went in and had a lovely lunch. It wasn’t lost on me that he was bound to have popped in for a pint at some point but I was too cool to ask the staff if that was actually the case. I just sat there and imagined the scene of myself, George and Mr WIAA having a drink, some food and a chat, trying to put the world to rights.

So, “What’s It All About?” – It seems as humans that we like to be able to visit a specific place to remember our sadly departed. Don’t want to be morbid but I do actually want a headstone when the time comes as I do want my family to have a place they can visit. From what I saw this week the fans of David Bowie and George Michael also wanted a place to visit and I am glad that I was able to persuade my gold award-winning husband (its ok he won’t be allowed to get big-headed) to come along with me on my pilgrimage. For the record we did also manage to visit the British Library and along with Alice, the diaries of Sir Walter Raleigh and the Magna Carta, we also saw some scribbles by John Lennon and the rest of the Beatles, so again very relevant for the blog. 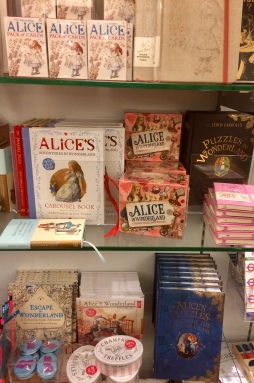 All back to normal now however and as we missed Pancake Day/Shrove Tuesday because of our trip, darling daughter treated us to some tonight. I have already shared David Bowie’s Starman from 1972 but I will leave you with a live version of George singing Star People ’97, funnily enough from 1997 – Enough now, time to move on.

I do not count myself among you
I may be living in a dream
It’s just seem to many of you
Can’t help but hope
There’s a difference between, you and me

Did you get off on a bad foot, baby
Do you have a little tale to tell
Is that why you’re a star?
Is that what makes a star?

Nothing comes for nothing, baby
That fame and fortune’s heaven sent
And who gives a fuck about your problems, darling
When you can pay the rent
How much is enough?

Just in case anyone from outside the UK unlikely to ever see the mural in Brixton wants a closer look, here is a short film –  a bit wobbly but a few good close-ups!