I had a birthday this week, my sixth since starting this blog, and it occurred to me to look back at what I was writing about in each of those years at this time. It made for interesting reading, as although there is always a song around here, from the get-go it has also been my web-diary, and I’ve been pretty honest about all the ups and downs that life has very naturally thrown my way.

2016 – Back then I was still concentrating primarily on the music, and for my birthday post I decided to write about music from the year of my birth, music that certainly didn’t feature in my own musical memories, but it might have done for my parents had they not been quite so busy coping with a new baby in the house. My next post was all about that momentous decision we were about to make, which could possibly take us out of the EU. (Well, we all now know how that turned out and a right hullaballoo it’s still causing all these years later, this week regarding the humble British banger.) But getting back to the year of my birth, here’s a bit of Adam Faith for you.

What Do You Want by Adam Faith:

2017 – This was the summer of terrorist attacks and tragic fires. The Manchester Arena and London Bridge attacks and then the horrors of Grenfell Tower. At the same time our new PM Theresa May decided to hold a snap election to consolidate her majority in The House of Commons ahead of Brexit negotiations. (Again, we all now know how that turned out.) On a more positive note, a very successful benefit concert called One Love was held in Manchester shortly after the atrocity at the arena, and we also celebrated the 50th anniversary of the Beatles’ seminal album Sgt. Pepper’s Lonely Hearts Club Band.

2018 – By this time I was really getting into my blogging stride and in early June I wrote a couple of wedding posts, one a very royal affair (we all now know how that turned out – there’s a pattern forming here) and one for a girl from our neighbourhood. To challenge myself I also embarked on a whole week of blogging which culminated with me posting 7 in 7 (seven posts in seven days). I was very proud of myself but now realise whenever I set myself these kind of challenges I understandably lose followers along the way, as overkill really. It certainly does help flex the blogging muscles though. On a positive note, my Full Moon Calendar in Song series was really gathering pace and is still my favourite because of all I discovered, both about our only satellite, and about the many moon-related songs that were included. I thought Carly Simon’s version of Moonlight Serenade was just perfect for June’s Strawberry Moon.

2019 – By the time my birthday came around two years ago I was already headlong into greeting guests at the holiday hideaway we had taken on earlier in the year, but having worked in an office for 35 years it turned out I wasn’t ‘match fit’, and my back, neck and shoulders were already giving me gyp. I wrote about the sleepless nights that ensued, compounded by the sheer number of troubling television dramas that filled our screens of an evening. One BBC drama called Years and Years portrayed a worrying picture of what life might be like in only five years time, with everyone working from home at their kitchen tables, communication all being done virtually via screens, and everything we consume being ordered online. (Well, well, well – Again, we all now know how that turned out and it didn’t take five years, just one.) On a really positive note however, I finally made it down to London that month to meet long time blogging buddy C from Sun Dried Sparrows. As we used mock-ups of our first albums to recognise each other this song by the Clash seems appropriate (for C anyway – my first album wasn’t quite as ‘cool’).

London Calling by the Clash:

2020 – This is the big one isn’t it. I had reached a milestone birthday but couldn’t celebrate it with anyone as we all had to stay at home, protect the NHS and save lives. Not complaining of course, as there seemed little other choice at the time, but by June it was becoming apparent there would be no V-shaped bounce back to the economy and that restrictions could be in place for another few weeks yet (a year on, we all now know how that turned out). DD’s life in Glasgow was in disarray and there would be a complicated manoeuvre to get her home safely – It was going to be a Cruel Summer, I could tell. One positive thing from that time was that our country’s entertainers rallied round, and I enjoyed a fair few online concerts cobbled together via the wonders of modern-day technology. One was by Take That which aired just before my birthday. I had been a bit too old for the Take That phenomenon when they first appeared on the scene in the early ‘90s, but they are now a middle-aged man band as opposed to a boy band, with a great back catalogue of songs, so it was a real treat to watch them in action when everything was still looking very bleak. The song that always ends their shows is Never Forget, and I think we can all agree, unlike Y2K which came and went with very little drama, none of us will ever forget the year 2020.

Never Forget by Take That:

2021 – So, ‘What’s It All About?’ – It has become apparent from writing this post that life can throw us some pretty spectacular curve balls and from one year to the next we find it impossible to predict how things might turn out. I wasn’t able to celebrate my big birthday much last year, but the +1 version was a whole lot better – Afternoon tea at a posh hotel courtesy of DD. Very nice indeed. Who knows what next year’s birthday will throw up, but let’s hope it will be that life is a whole lot better for all of us.

We are now over a 1000 days on from this post and it seems as relevant as ever. In my original opening paragraph, I said that with only a day to go, many of us were still none the wiser as to which way to vote. That worked out well, didn’t it?

Short post, but with only a day to go, there should be no-one in the UK who doesn’t understand the significance of today’s clip. If the EU was our girlfriend this is how it would be playing out right now but despite the 24/7 debate and news coverage from both sides (all very balanced so as not to show any bias of course) many of us are still none the wiser as to which way to vote.

Should I Stay Or Should I Go by The Clash:

Not entirely sure why Angela Merkel and Co. haven’t been getting involved in the debate but it seems that they don’t want to affect the outcome one way or another, so are leaving it to the people of the UK themselves.

Short post, but with only a day to go, there should be no-one in the UK who doesn’t understand the significance of today’s clip. If the EU was our girlfriend this is how it would be playing out right now but despite the 24/7 debate and news coverage from both sides (all very balanced so as not to show any bias of course) many of us are still none the wiser as to which way to vote.

Should I Stay Or Should I Go by The Clash:


Not entirely sure why Angela Merkel and Co. haven’t been getting involved in the debate but it seems that they don’t want to affect the outcome one way or another, so are leaving it to the people of the UK themselves. 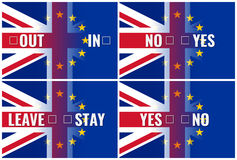 As for The Clash, they were part of the first wave of British punk bands that emerged in the late ’70s. I was a 17-year-old then, and even we girls couldn’t help but get excited about this new style of music. Lots of energy and a cosmic leap away from everything else that had been around for most of the decade (glam rock, country, soul and disco). They wrote politically-charged songs that meant something to young, white, disaffected youth and became one of the most respected bands from that era influencing many bands that were to follow. This song, Should I Stay Or Should I Go, was re-issued several times but it first charted in September 1982 which was just at the tail-end of their heyday as a band. 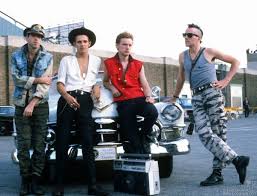 I have just made an interesting discovery however, the band’s co-founder Joe Strummer (John Graham Mellor) was born in Turkey to a Scottish mother who hailed from a village not far from me in the Highlands. Also, his diplomat father was born in India and had part-Armenian, part-German parentage. The young Joe spent a lot of his early life living in both Mexico and Germany so although I thought of him as being quintessentially English, and a Londoner at that, I couldn’t have been more wrong. A great choice of song therefore to have used on this last day of campaigning featuring one of music’s most significant contributors.  As it turns out this late discovery about Joe, and the fact that he delivers the song’s backing vocals in Spanish, has made my voting decision even easier. 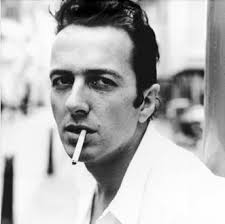 Should I Stay Or Should I Go


It’s always tease tease tease
You’re happy when I’m on my knees
One day is fine, and next is black
So if you want me off your back
Well come on and let me know
Should I Stay or should I go?